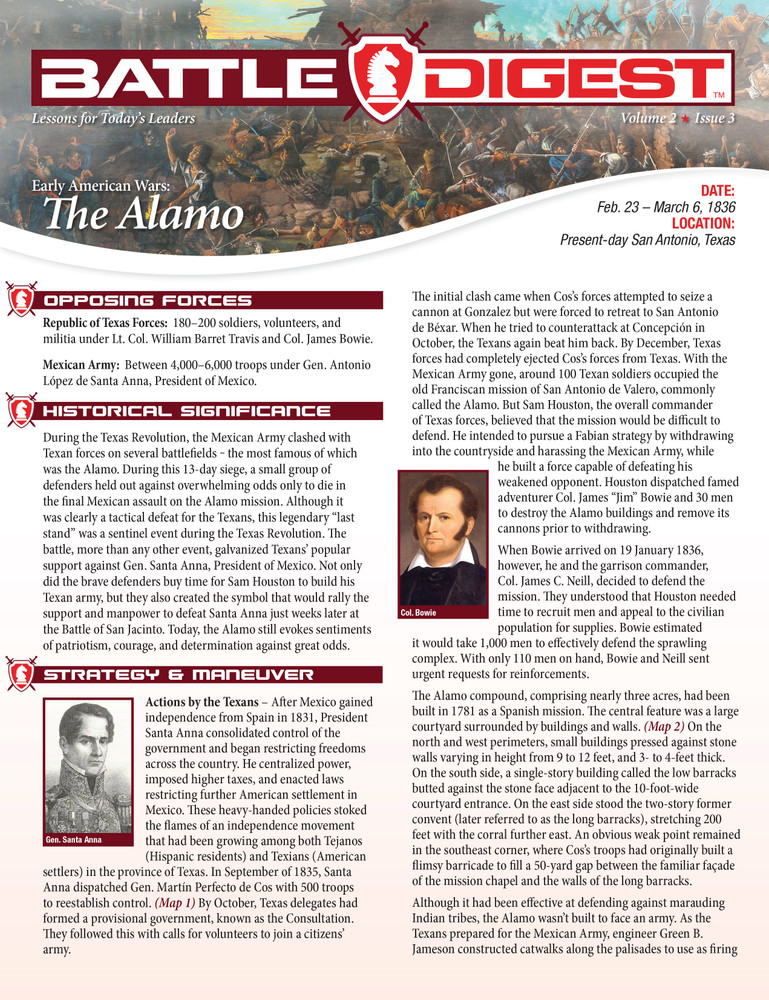 During the Texas Revolution, the Mexican Army clashed with Texan forces on several battlefields—the most famous of which was the Alamo. During this 13-day siege, a small group of defenders held out against overwhelming odds only to die in the final Mexican assault on the Alamo mission. Although it was clearly a tactical defeat for the Texans, this legendary “last stand” was a sentinel event during the Texas Revolution. Today, the Alamo still evokes sentiments of patriotism, courage, and determination against great odds.