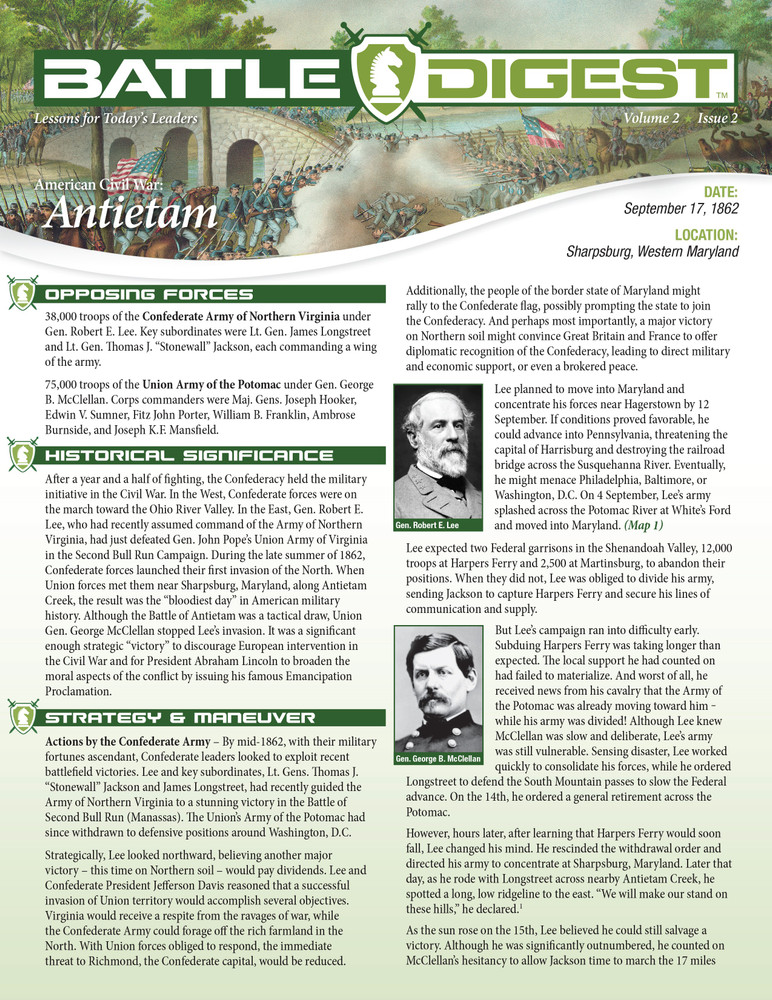 During the late summer of 1862, Confederate forces launched their first invasion of the North. When Union forces met them near Sharpsburg, Maryland, along Antietam Creek, the result was the “bloodiest day” in American military history. Although the battle of Antietam was a tactical draw, Union Gen. George McClellan stopped Lee’s invasion. It was a significant enough strategic “victory” to discourage European intervention in the Civil War and for President Abraham Lincoln to broaden the moral aspects of the conflict by issuing his famous Emancipation Proclamation.

Learn why Robert E. Lee took great risk in dividing his army as he moved north, and how General McClellan squandered an opportunity for victory with his uncoordinated assaults during the battle.