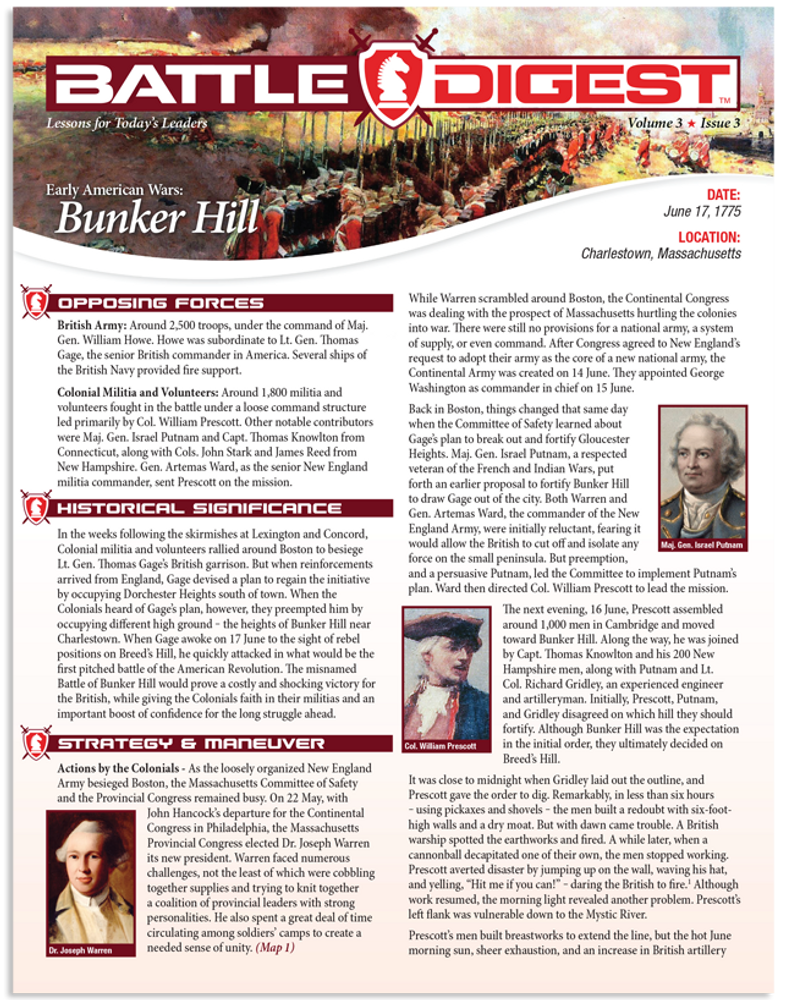 In the weeks following the skirmishes at Lexington and Concord, Colonial militia and volunteers rallied around Boston to besiege Lt. Gen. Thomas Gage’s British garrison. But when reinforcements arrived from England, Gage devised a plan to regain the initiative by occupying Dorchester Heights south of town. When the Colonials heard of Gage’s plan, however, they preempted him by occupying different high ground ‒ the heights of Bunker Hill near Charlestown. When Gage awoke on 17 June to the sight of rebel positions on Breed’s Hill, he quickly attacked in what would be the first pitched battle of the American Revolution.

The misnamed Battle of Bunker Hill would prove a costly and shocking victory for the British, while giving the Colonials faith in their militias and an important boost of confidence for the long struggle ahead.

Learn how the Colonials managed this stunning battle and how the British adapted to eventually win.