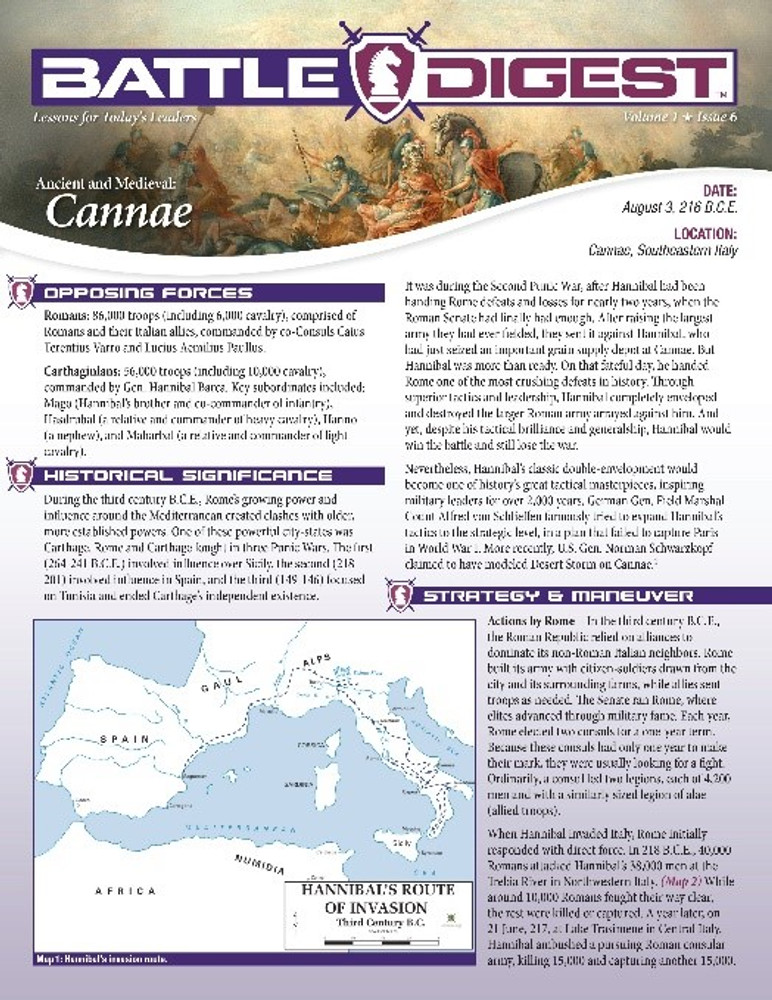 It was during the Second Punic War (218 – 201 B.C.), after Hannibal had been handing Rome defeats and losses for nearly two years, when the Roman Senate had finally had enough. After raising the largest army they had ever fielded, they sent it against Hannibal, who had just seized an important grain supply depot at Cannae. But Hannibal was more than ready. On that fateful day, he handed Rome one of the most crushing defeats in history.

Learn how Hannibal’s superior tactics and leadership, allowed him to completely envelop and destroy the larger Roman army arrayed against him. And yet, despite his tactical brilliance and generalship, Hannibal would win the battle and still lose the war. Nevertheless, Hannibal’s classic double-envelopment would become one of history’s great tactical masterpieces, inspiring military leaders for over 2,000 years.