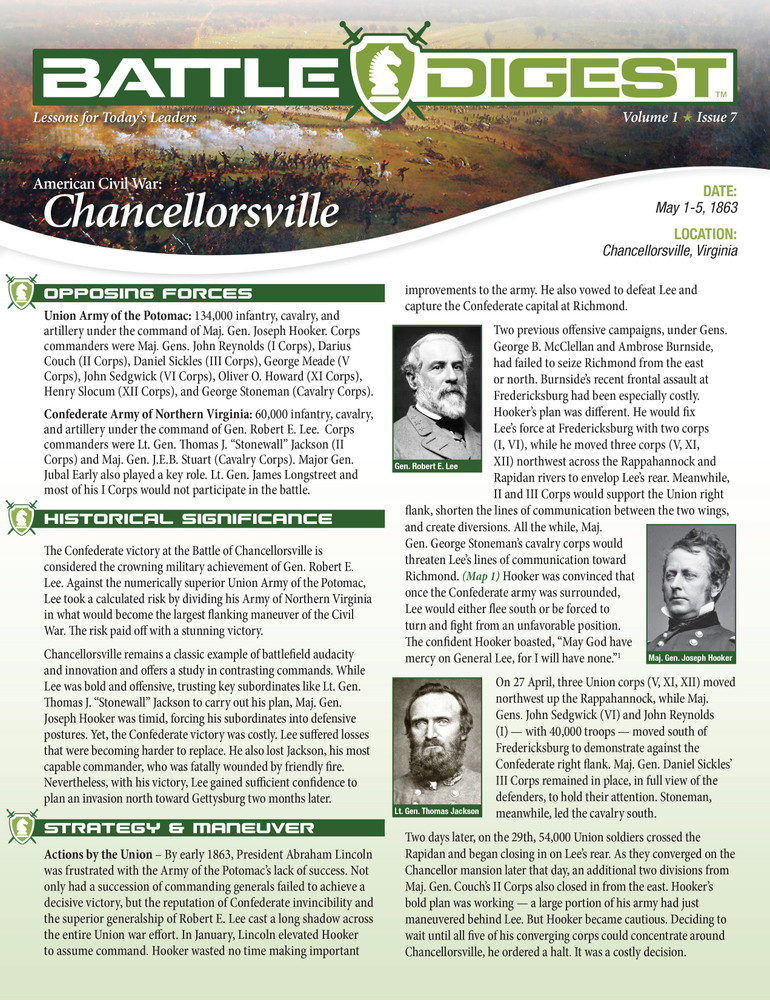 The Confederate victory at the Battle of Chancellorsville is considered the crowning military achievement of Gen. Robert E. Lee. Against the numerically superior Union Army of the Potomac, Lee took a calculated risk by dividing his Army of Northern Virginia in what would become the largest flanking maneuver of the Civil War. The risk paid off with a stunning victory. The Battle Digest summary provides all the key aspects of the battle, including maps, images, and lessons learned.

Learn how “Fighting Joe” Hooker squandered his good strategy with his timid leadership, and how Robert E. Lee took prudent risk to snatch victory from the jaws of defeat. The Battle Digest summary includes all the key aspects of the campaign and battle, including maps, images, and lessons learned.