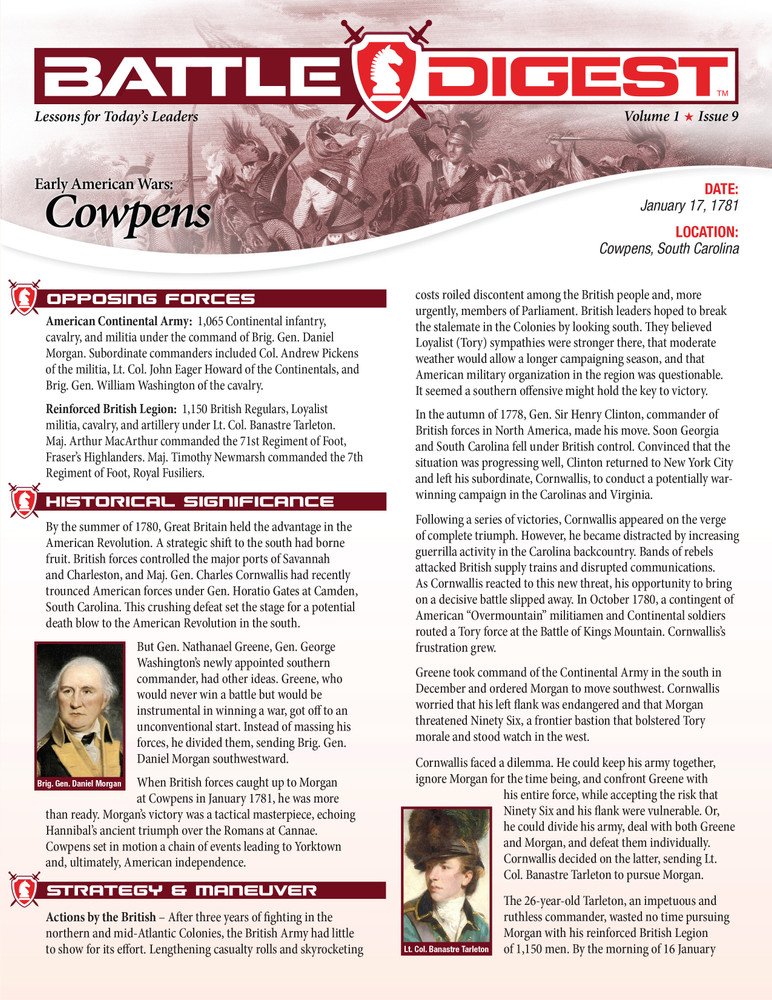 By the summer of 1780, Great Britain held the advantage in the American Revolution. A strategic shift to the south had borne fruit. British forces controlled the major ports of Savannah and Charleston, and Maj. Gen. Charles Cornwallis had recently trounced American forces under Gen. Horatio Gates at Camden, South Carolina. But Gen. Nathanael Greene, Gen. George Washington’s newly appointed southern commander, was about to turn things around. Instead of massing his forces, he divided them, sending Brig. Gen. Daniel Morgan southwestward.

When British forces caught up to Morgan at Cowpens in January 1781, he was more than ready. Morgan’s victory was a tactical masterpiece, echoing Hannibal’s ancient triumph over the Romans at Cannae. Cowpens set in motion a chain of events leading to Yorktown and, ultimately, American independence.

Learn how Daniel Morgan effectively used the Continental militia while designing a tactical plan to exploit the overconfidence and aggressiveness of his British opponent, Lt. Col. Banastre Tarleton.