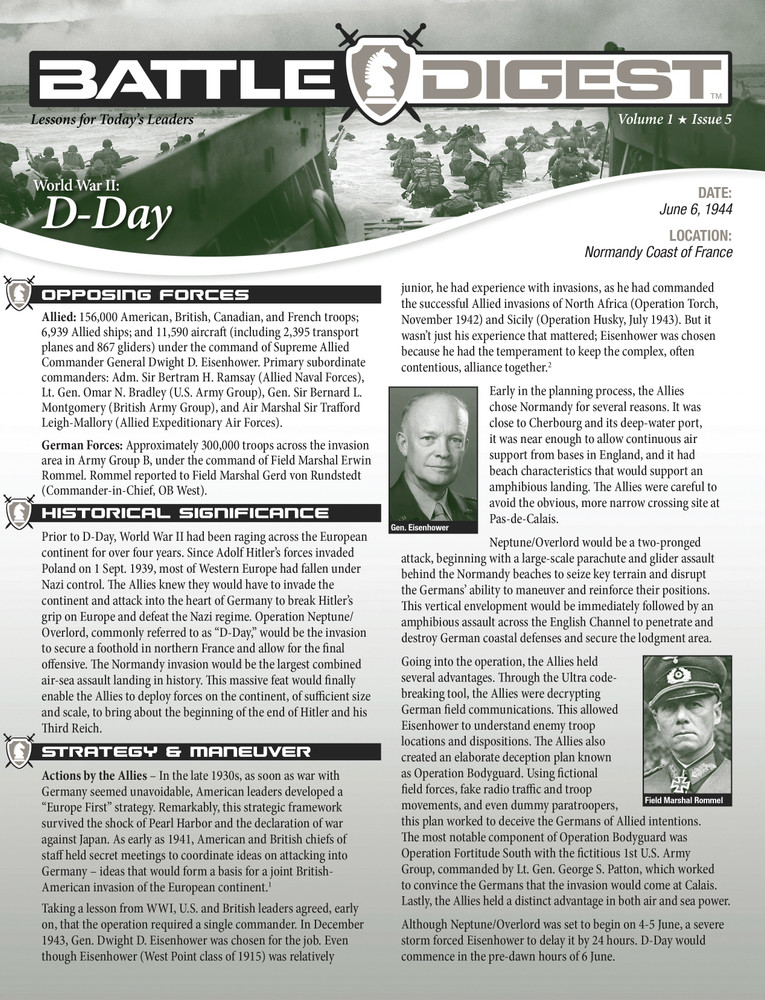 Operation Overlord, commonly referred to as “D-Day,” was the Allied invasion to secure a foothold in northern France to enable the final offensive into Germany. The Normandy invasion would be the largest combined air-sea assault landing in history. This massive feat would finally enable the Allies to deploy forces on the continent, of sufficient size and scale, to bring about the beginning of the end of Hitler and his Third Reich.

Learn how General Eisenhower managed to attack German weakness with Allied strength as well as how intelligence and deception were crucial to the outcome. The Battle Digest summary includes all the key aspects of the campaign and battle, including maps, images, and lessons learned.

Christopher J. Petty is a retired Army Brigadier General, a graduate of West Point, and the U.S. Army War College. His career spanned multiple commands, including combat operations during the Iraq "Surge" and a NATO command in Bosnia. Chris's unique blend of three decades of military experience, the love of history, and a passion for understanding the timeless lessons of war, make Battle Digest a unique, time-saving, and powerful resource. Former US Army Captain (1965-1970), Flint Whitlock is a Vietnam War veteran, author of 13 books, battlefield tour guide for the Smithsonian and National Geographic, and editor of WWII Quarterly magazine.