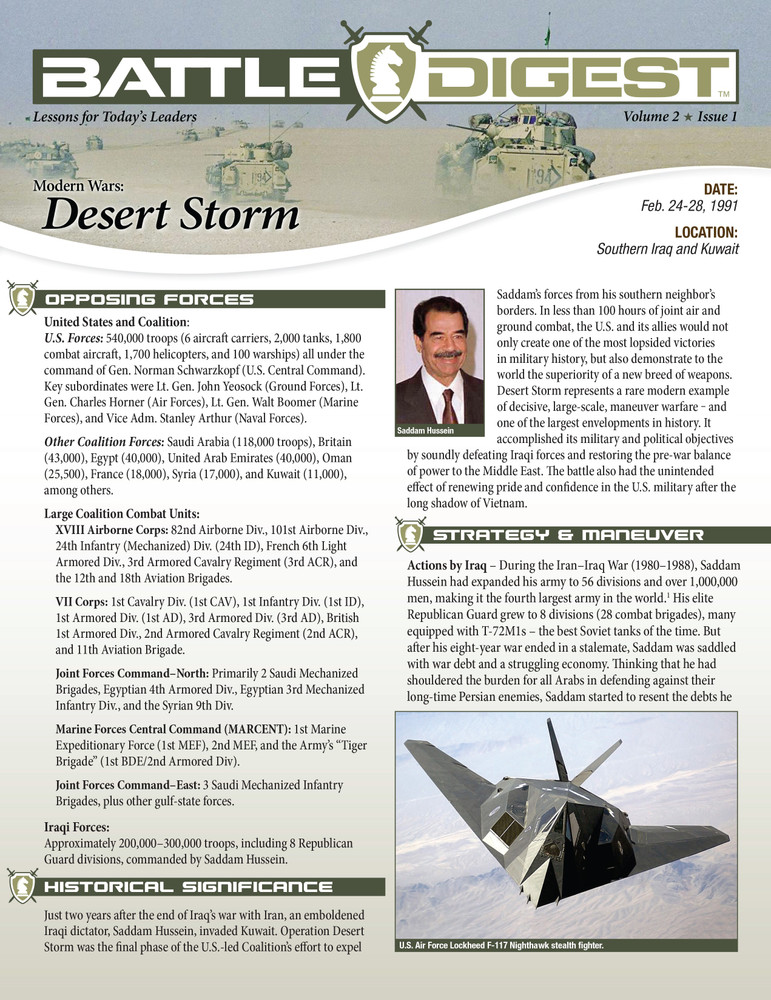 Just two years after the end of Iraq’s war with Iran, an emboldened Iraqi dictator, Saddam Hussein, invaded Kuwait. Operation Desert Storm was the final phase of the U.S.-led coalition’s effort to expel Saddam’s forces from his southern neighbor’s borders. In less than 100 hours of joint air and ground combat, the U.S. and its allies would not only create one of the most lopsided victories in military history, but also demonstrate to the world the superiority of a new breed of weapons. The battle also had the unintended effect of renewing pride and confidence in the U.S. military after the long shadow of Vietnam.

Learn how America built a coalition of nations to go to war, and how Gen. Norman Schwarzkopf used maneuver and deception to create one of the most lopsided victories in the history of warfare.