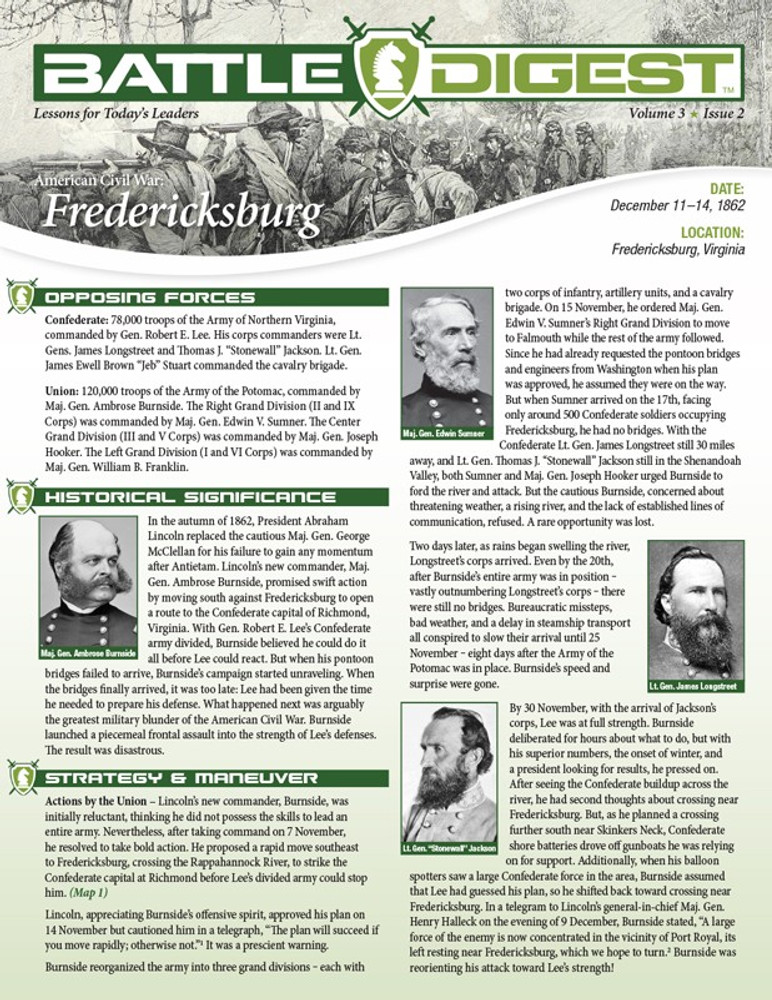 In the autumn of 1862, Lincoln’s new commander, Maj. Gen. Ambrose Burnside, promised swift action by moving south against Fredericksburg to open a route to the Confederate capital of Richmond, Virginia. With Gen. Robert E. Lee’s Confederate army divided, Burnside believed he could do it all before Lee could react. But when his pontoon bridges failed to arrive, Burnside’s campaign started unraveling. When the bridges finally arrived, it was too late: Lee had been given the time he needed to prepare his defense. What happened next was arguably the greatest military blunder of the American Civil War. Burnside launched a piecemeal frontal assault into the strength of Lee’s defenses. The result was disastrous.

Learn why Burnside failed so badly, and how Robert E. Lee took full advantage of the blundering Union commander. The Battle Digest summary includes all the key aspects of the campaign and battle, including maps, images, and lessons learned.