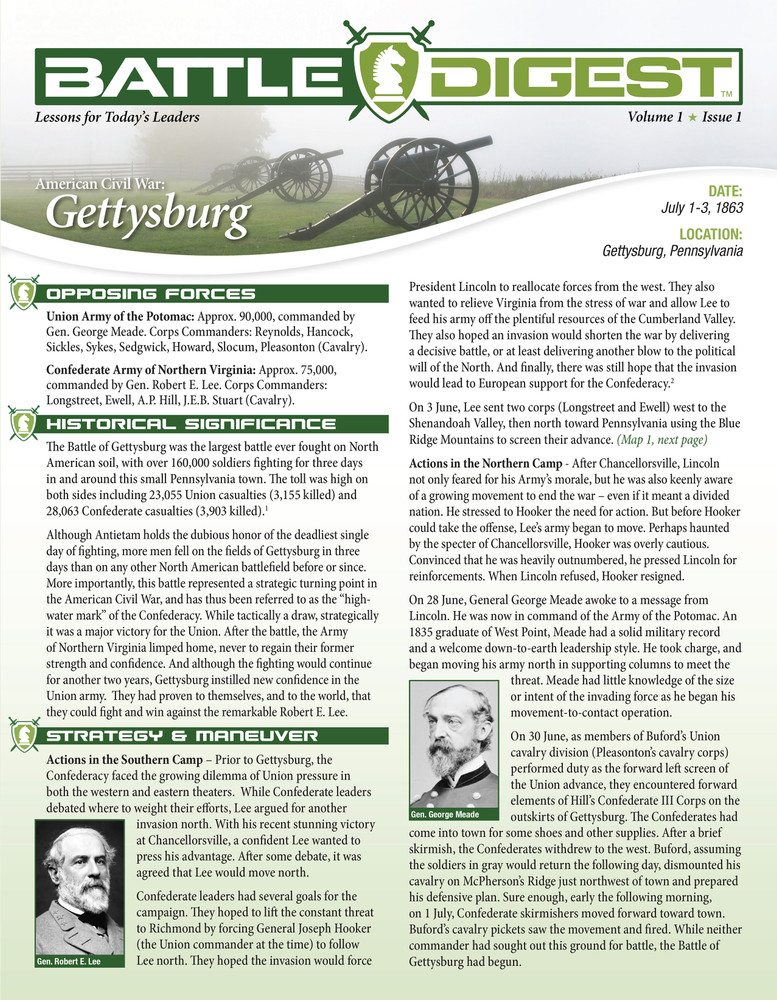 Gettysburg represented a strategic turning point in the American Civil War and has thus been referred to as the “high-water mark” of the Confederacy.  Although, tactically a draw, strategically it was a major victory for the Union. After the battle, the Army of Northern Virginia limped home, never to regain its former strength and confidence. And although the fighting would continue for another two years, Gettysburg instilled new confidence in the Union army.  It had proven to itself, and to the world, that it could fight and win against the remarkable Robert E. Lee.

Learn why each side did what it did, and how Meade outgeneraled Lee during this famous engagement. The Battle Digest summary includes all the key aspects of the campaign and battle, including maps, images, and lessons learned.