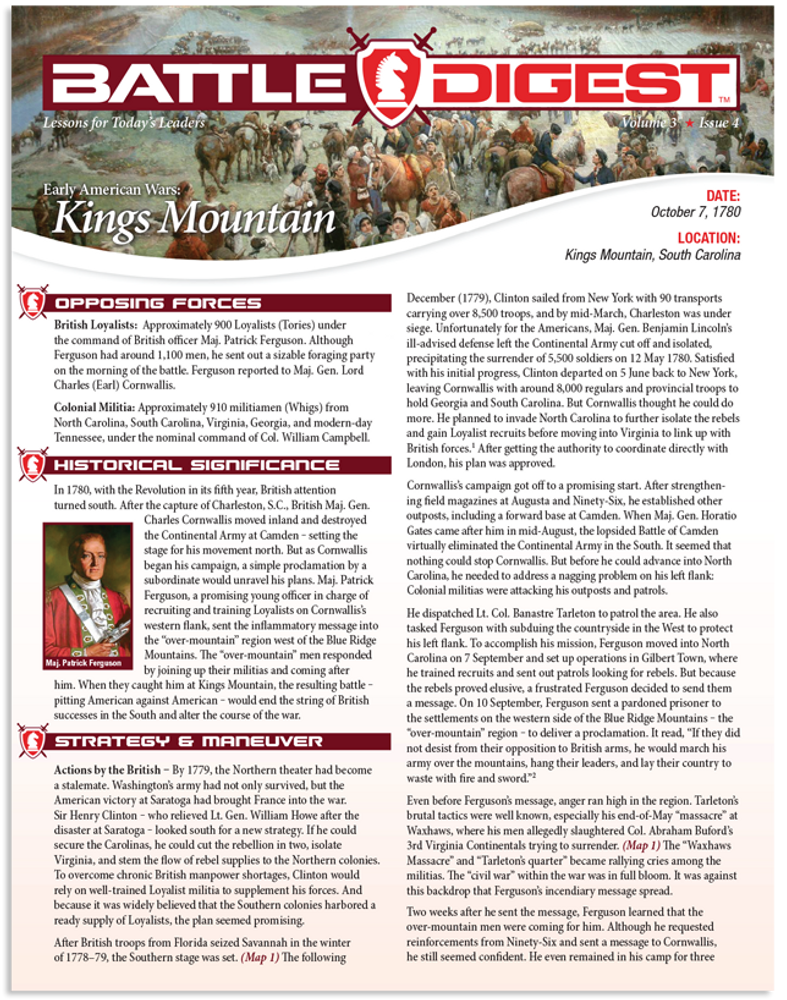 In 1780, with the Revolution in its fifth year, British attention turned south. After the capture of Charleston, South Carolina, British Maj. Gen. Cornwallis moved inland and destroyed the Continental Army at Camden ‒ setting the stage for his movement north. But as Cornwallis began his campaign, a simple proclamation by a subordinate would unravel his plans. Maj. Patrick Ferguson, a promising young officer in charge of recruiting and training Loyalists on Cornwallis’s western flank, sent the inflammatory message into the “over-mountain” region west of the Blue Ridge Mountains. The “over-mountain” men responded by joining up their militias and coming after him. When they caught him at Kings Mountain, the resulting battle ‒ pitting American against American ‒ would end the string of British successes in the South and alter the course of the war.