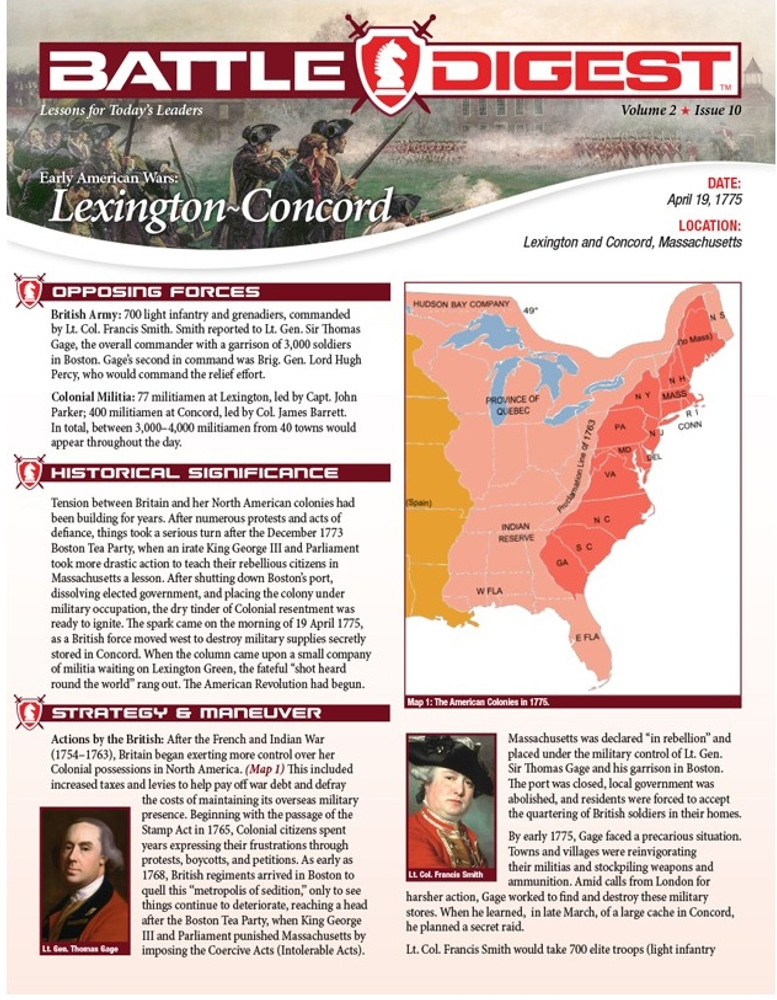 Tension between Britain and her North American colonies had been building for years. After numerous protests and acts of defiance, things took a serious turn after the December 1773 Boston Tea Party, when an irate King George III and Parliament took more drastic action to teach their rebellious citizens in Massachusetts a lesson. After shutting down Boston’s port, dissolving elected government, and placing the colony under military occupation, the dry tinder of Colonial resentment was ready to ignite. The spark came on the morning of 19 April 1775, as a British force moved west to destroy military supplies secretly stored in Concord. When the column came upon a small company of militia waiting on Lexington Green, the fateful “shot heard round the world” rang out. The American Revolution had begun.

Learn how Patriot leaders reacted that fateful day, and how Lt. Gen. Gage’s plan was doomed to fail.