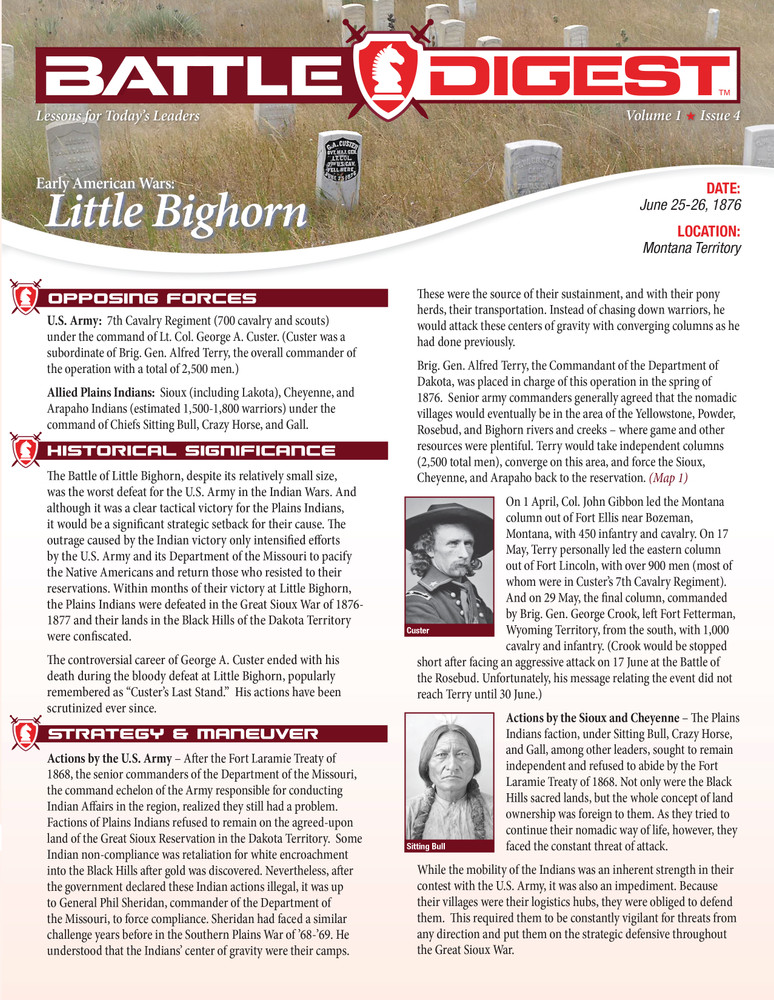 The battle of Little Bighorn, despite it relatively small size, was the worst defeat for the U.S. Army in the Indian Wars. Although it was a clear tactical victory for the Plains Indians, it also would be a significant strategic setback for their cause. The outrage caused by the Indian victory only intensified efforts by the U.S. Army and its Department of the Missouri to pacify the Native Americans and return those who resisted to their reservations. Within months of their victory at the Little Bighorn, the Plains Indians were defeated in the Great Sioux War of 1876–1877 and their lands in the Black Hills of the Dakota Territory were confiscated.

Learn why the controversial George A. Custer rushed into battle against his Indian opponents on that fateful day, and how Brigadier General Terry’s failure to synchronize his forces contributed to “Custer’s Last Stand.”