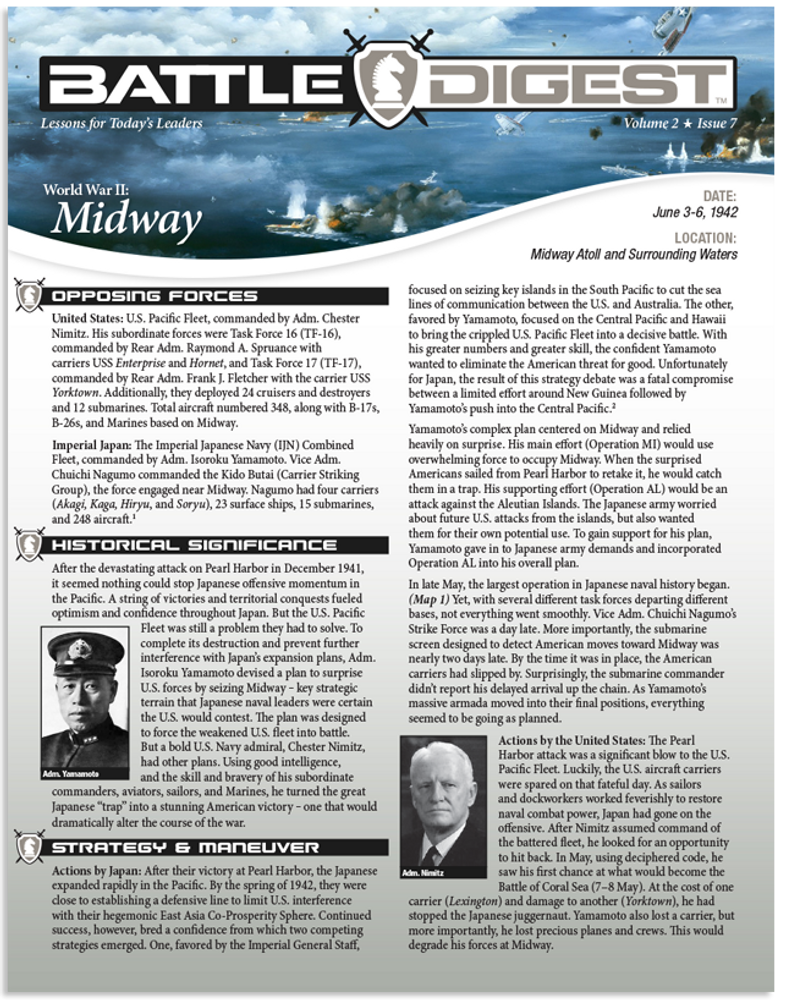 After the devastating attack on Pearl Harbor in December 1941, it seemed nothing could stop Japanese offensive momentum in the Pacific. A string of victories and territorial conquests fueled optimism and confidence throughout Japan. But the U.S. Pacific Fleet was still a problem they had to solve. To complete its destruction and prevent further interference with Japan’s expansion plans, Adm. Isoroku Yamamoto devised a plan to surprise U.S. forces by seizing Midway ‒ key strategic terrain that Japanese naval leaders were certain the U.S. would contest. The plan was designed to force the weakened U.S. fleet into battle.

Learn how a bold U.S. Navy admiral, Chester Nimitz, using good intelligence, and the skill and bravery of his subordinate commanders, aviators, sailors, and Marines, turned the great Japanese “trap” into a stunning American victory ‒ one that would dramatically alter the course of the war.