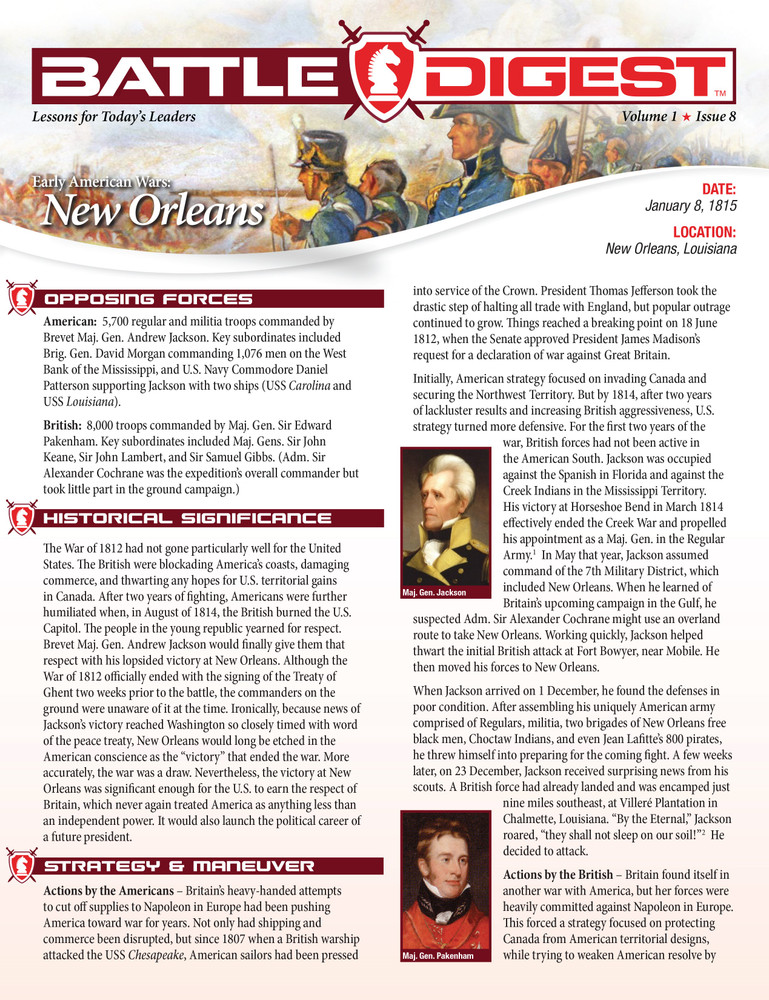 The War of 1812 had not gone particularly well for the United States. The British were blockading America’s coasts, damaging commerce, and thwarting any hopes for U.S. territorial gains in Canada. After two years of fighting, Americans were further humiliated when, in August of 1814, the British burned the U.S. Capitol. The people in the young republic yearned for respect. Brevet Major General Andrew Jackson would finally give them that respect with his lopsided victory at New Orleans. The victory was significant enough for the U.S. to earn the respect of Britain, which never again treated America as anything less than an independent power. It would also launch the political career of a future president.

Christopher J. Petty is a retired Army Brigadier General, a graduate of West Point, and the U.S. Army War College. His career spanned multiple commands, including combat operations during the Iraq "Surge" and a NATO command in Bosnia. Chris's unique blend of three decades of military experience, the love of history, and a passion for understanding the timeless lessons of war, make Battle Digest a unique, time-saving, and powerful resource. Christopher Miskimon began his military career in 1987 as an enlisted infantryman in the First Cavalry Division. In 2003 he obtained his commission in the Colorado National Guard and became a field artillery officer. Chris deployed as part of Operation Iraqi Freedom in 2009-10. He became a freelance writer in 2004. Since then he’s had more than 100 articles published, specializing in military history and current military affairs. He and his family make their home in Westminster, Colorado.