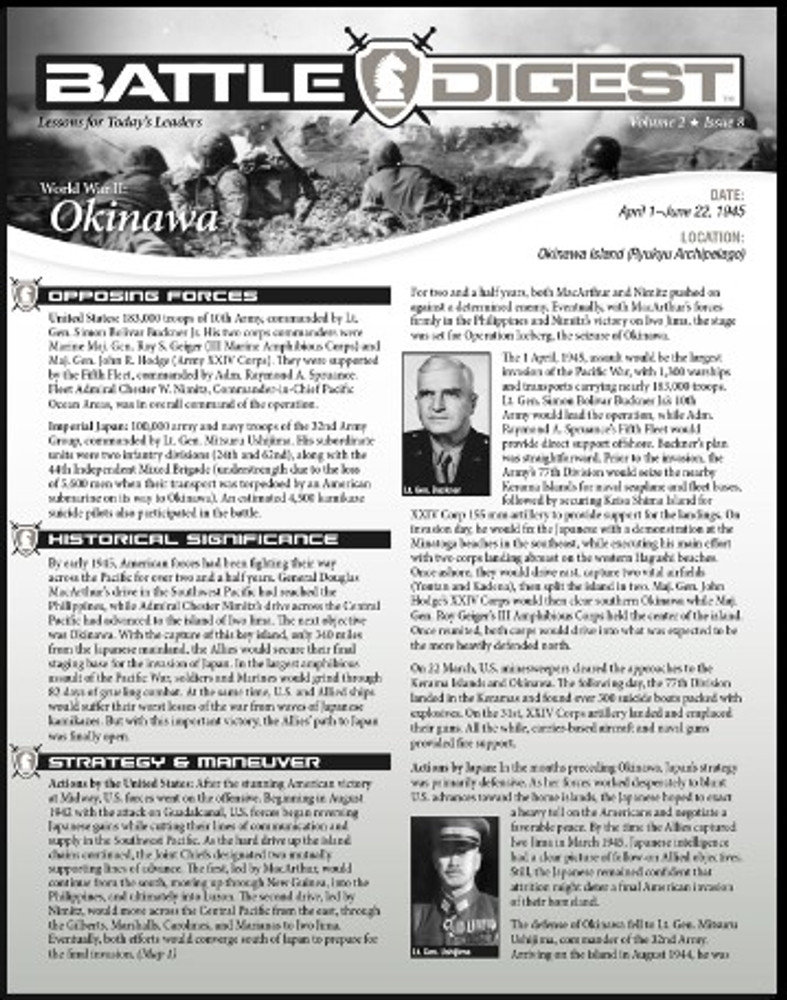 By early 1945, American forces had been fighting their way across the Pacific for over two and a half years. General Douglas MacArthur’s drive in the Southwest Pacific had reached the Philippines, while Admiral Chester Nimitz’s drive across the Central Pacific had advanced to the island of Iwo Jima. The next objective was Okinawa. With the capture of this key island, only 340 miles from the Japanese mainland, the Allies would secure their final staging base for the invasion of Japan. In the largest amphibious assault of the Pacific War, soldiers and Marines would grind through 82 days of combat. At the same time, U.S. and Allied ships would suffer their worst losses of the war from waves of Japanese kamikazes. But with this important victory, the Allies’ path to Japan was finally open.