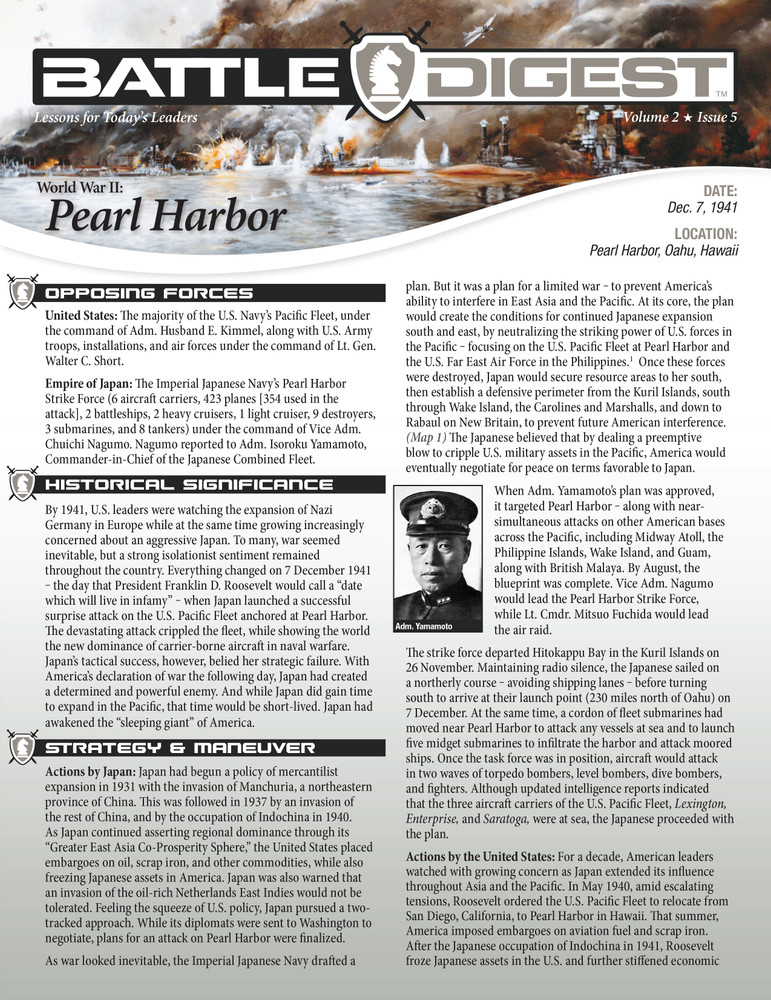 As America prepared for WWII, everything changed on December 7, 1941 ‒ the day that President Franklin D. Roosevelt would call a “date which will live in infamy” ‒ when Japan launched a successful surprise attack on the U.S. Pacific Fleet anchored at Pearl Harbor. The devastating attack crippled the fleet, while showing the world the new dominance of carrier-borne aircraft in naval warfare. Japan’s tactical success, however, belied her strategic failure. With America’s declaration of war the following day, Japan had created a determined and powerful enemy. And while Japan did gain time to expand in the Pacific, that time would be short-lived. Japan had awakened the “sleeping giant” of America.

Learn how Admiral Yamamoto’s bold plan caught America by surprise yet doomed the larger Japanese cause. Learn also about Japan’s lost opportunities during the attack, opportunities that would have tilted the scales decidedly more in her favor.  The Battle Digest summary includes all the key aspects of the campaign and battle, including maps, images, and lessons learned.