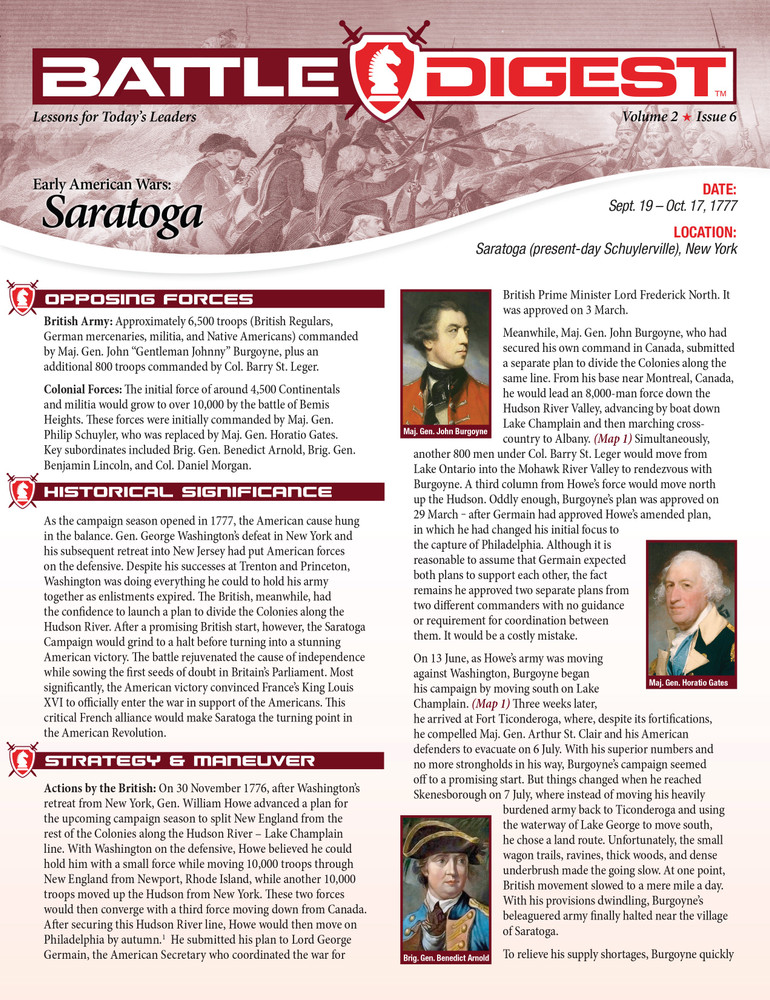 In 1777, the British had the confidence to launch a plan to divide the Colonies along the Hudson River. After a promising British start, however, the Saratoga campaign would grind to a halt before turning into a stunning American victory. The battle rejuvenated the cause of independence while sowing the first seeds of doubt in Britain’s Parliament. Most significantly, the American victory also convinced France’s King Louis XVI to officially enter the war in support of the Americans. This critical French alliance would make Saratoga the turning point in the American Revolution.

Learn how General Gates and Benedict Arnold outfoxed and outmaneuvered the British to create this stunning American victory. The Battle Digest summary includes all the key aspects of the campaign and battle, including maps, images, and lessons learned.