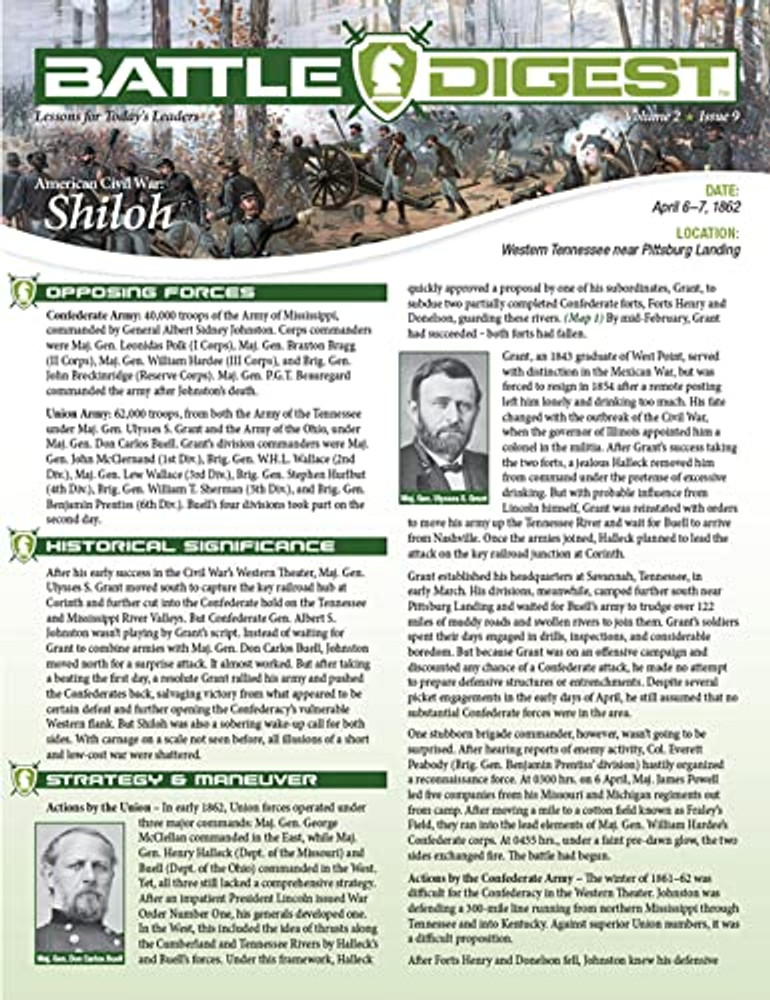 After his early success in the Civil War’s Western Theater, Maj. Gen. Ulysses S. Grant moved south to capture the key railroad hub at Corinth and further cut into the Confederate hold on the Tennessee and Mississippi River Valleys. But Confederate Gen. Albert S. Johnston wasn’t playing by Grant’s script. Instead of waiting for Grant to combine armies with Maj. Gen. Don Carlos Buell, Johnston moved north for a surprise attack. It almost worked. But after taking a beating the first day, a resolute Grant rallied his army and pushed the Confederates back, salvaging victory from what appeared to be certain defeat and further opening the Confederacy’s vulnerable Western flank. But Shiloh was also a sobering wake-up call for both sides. With carnage on a scale not seen before, all illusions of a short and low-cost war were shattered.

Learn why Grant was caught off guard, and how the Union Army was able to prevail in this gruesome battle. The Battle Digest summary includes all the key aspects of the campaign and battle, including maps, images, and lessons learned.