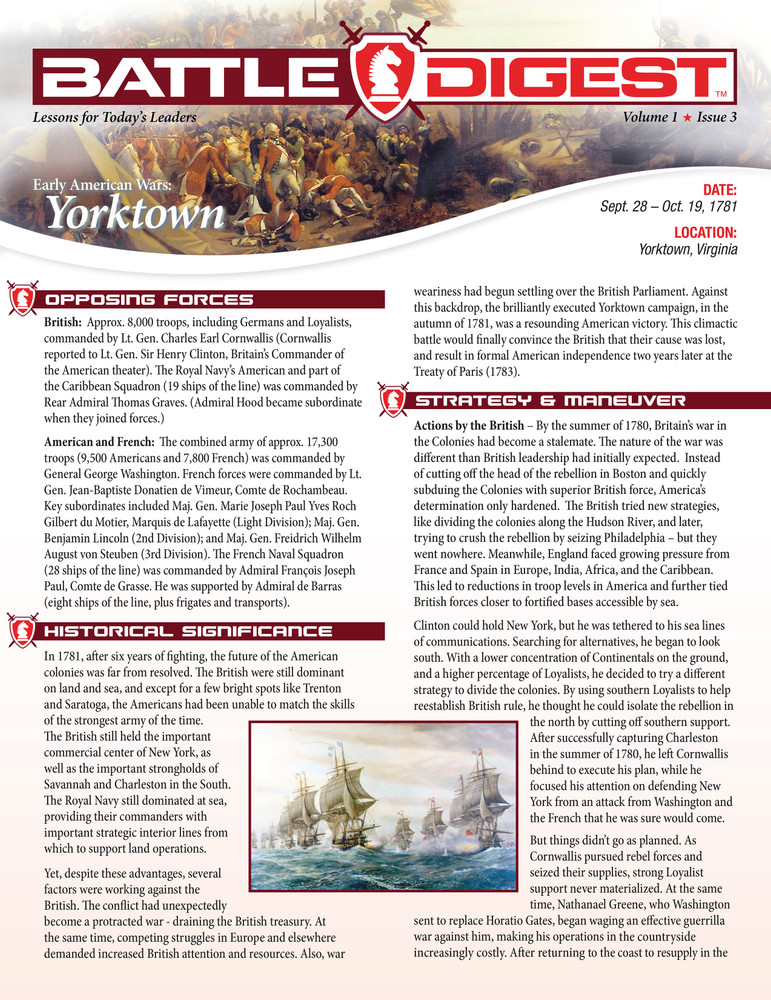 In 1781, after six years of fighting, the future of the American colonies was far from resolved. The British were still dominant on land and sea, and except for a few bright spots like Trenton and Saratoga, the Americans had been unable to match the skills of the strongest army of the time. Against this backdrop, the brilliantly executed Yorktown campaign, in the autumn of 1781, would effectively decide the war.  With America’s resounding victory, the American Colonies would formally gain their independence two years later.

Learn how General Washington outfoxed the British with deception and maneuver, while the French Navy cleared the way for the final “check mate” of General Cornwallis at Yorktown. The Battle Digest summary includes all the key aspects of the campaign and battle, including maps, images, and lessons learned.