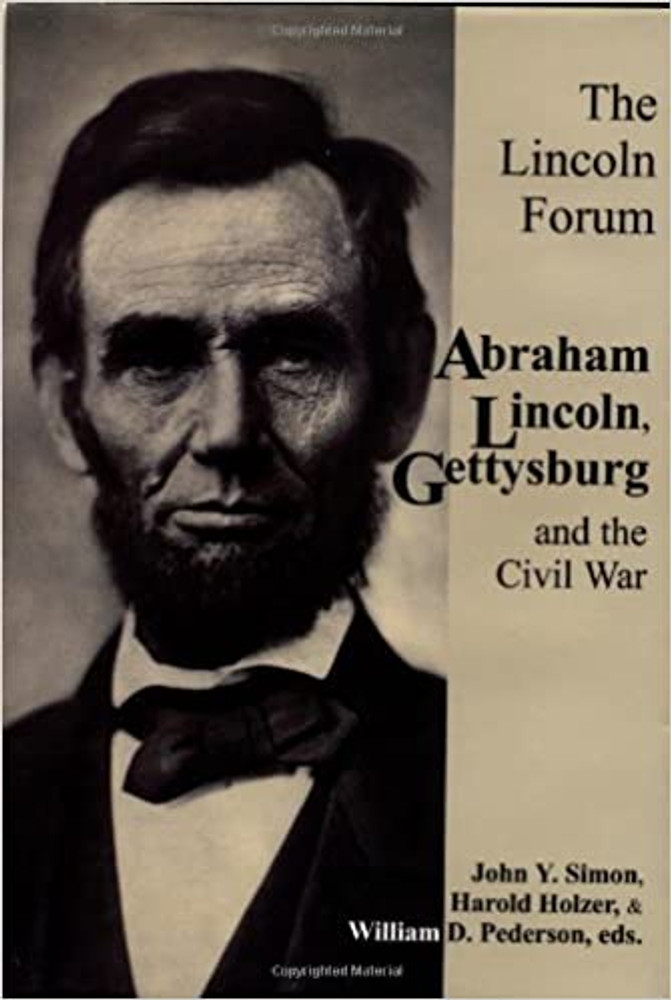 A recent conference on Lincoln at Gettysburg resulted in this remarkable book of essays by distinguished Civil War scholars and Supreme Court justice Sandra Day O'Connor, with an introduction by William C. Davis.

Despite the recent trend to present a more "balanced" (often a code word for negative) portrait of Lincoln, he still remains for many Americans our secular saint. In this series of essays by prominent Lincoln scholars as well as Associate Justice Sandra Day O'Connor, most writers are unabashed admirers who come to praise rather than to debunk. Nevertheless, most of these essays are balanced, honest, and superbly researched. O'Connor convincingly asserts that Lincoln, despite his suspension of habeas corpus, generally bent over backwards to respect legitimate political dissent under wartime conditions. Harold Holzer dispels many of the myths surrounding Lincoln at Gettysburg and illustrates how contemporary reports on the speech and its reception were colored by the political bent of particular newspapers. Simon and Frank J. Williams provide some fascinating insights into Lincoln's relations with Grant and Meade. While the authors do not shy away from showing Lincoln's flaws, they stress his gifts of leadership, shrewdness, and compassion, and his devotion to our experiment in popular government.

John Y. Simon is a professor of history at Southern Illinois University in Carbondale and the editor of the multi-volume Papers of Ulysses S. Grant. Harold Holzer is Chief Communications Officer at the Metropolitan Museum of Art in New York. He is the author of many books on the Civil War era, including Lincoln on Democracy with Mario Cuomo, Mine Eyes Have Seen the Glory: The Civil War in Art with Mark E. Neely, Jr., and The Lincoln-Douglas Debates: The First Complete Unexpurgated Text. For Dear Mr. Lincoln Mr. Holzer won the Barondess/Lincoln Award of the Civil War and the Award of Achievment of the Lincoln Group of New York. He has recieved numerous other awards and honorary degrees for his Lincoln scholarship. William D Pederson, a political science professor at LSU-Shreveport, is the co-editor of Abraham Lincoln Contemporary: An American Legacy (Savas 1995).