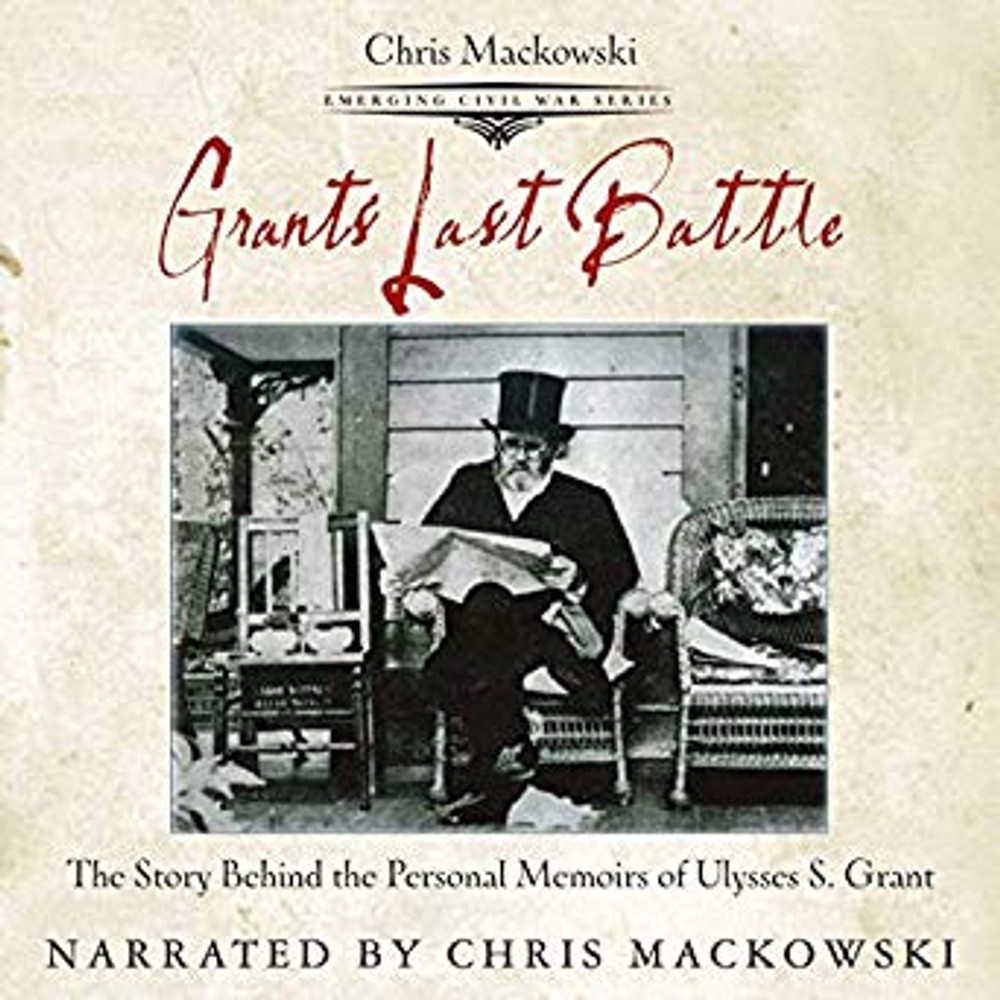 The former general in chief of the Union armies during the Civil War...the two-term president of the United States...the beloved ambassador of American goodwill around the globe...the respected New York financier - Ulysses S. Grant - was dying. The hardscrabble man who regularly smoked 20 cigars a day had developed terminal throat cancer. Thus began Grant's final battle - a race against his own failing health to complete his personal memoirs in an attempt to secure his family's financial future. But the project evolved into something far more: an effort to secure the very meaning of the Civil War itself and how it would be remembered.

The news of Grant's illness came swift on the heels of his financial ruin. Business partners had swindled his family out of everything but the money he and his wife had in their pockets and the family cookie jar.

In this maelstrom of woe, Grant refused to surrender. Putting pen to paper, the hero of Appomattox embarked on his final campaign: an effort to write his memoirs before he died. The Personal Memoirs of Ulysses S. Grant would cement his place as not only one of America's greatest heroes but also as one of its most sublime literary voices.

Filled with personal intrigues and supported by a cast of colorful characters that included Mark Twain, William Vanderbilt, and P. T. Barnum, Grant's Last Battle recounts a deeply personal story as dramatic for Grant as any of his battlefield exploits.

Author Chris Mackowski, PhD has recounted Grant's battlefield achievements as a historian at Fredericksburg and Spotsylvania National Military Park, and as an academic, he has studied Grant's literary career. His familiarity with the former president as a general and as a writer brings Grant's Last Battle to life with new insight, told with the engaging prose that has become the hallmark of the Emerging Civil War Series.

Grant's Last Battle: The Story Behind the Personal Memoirs of Ulysses S. Grant