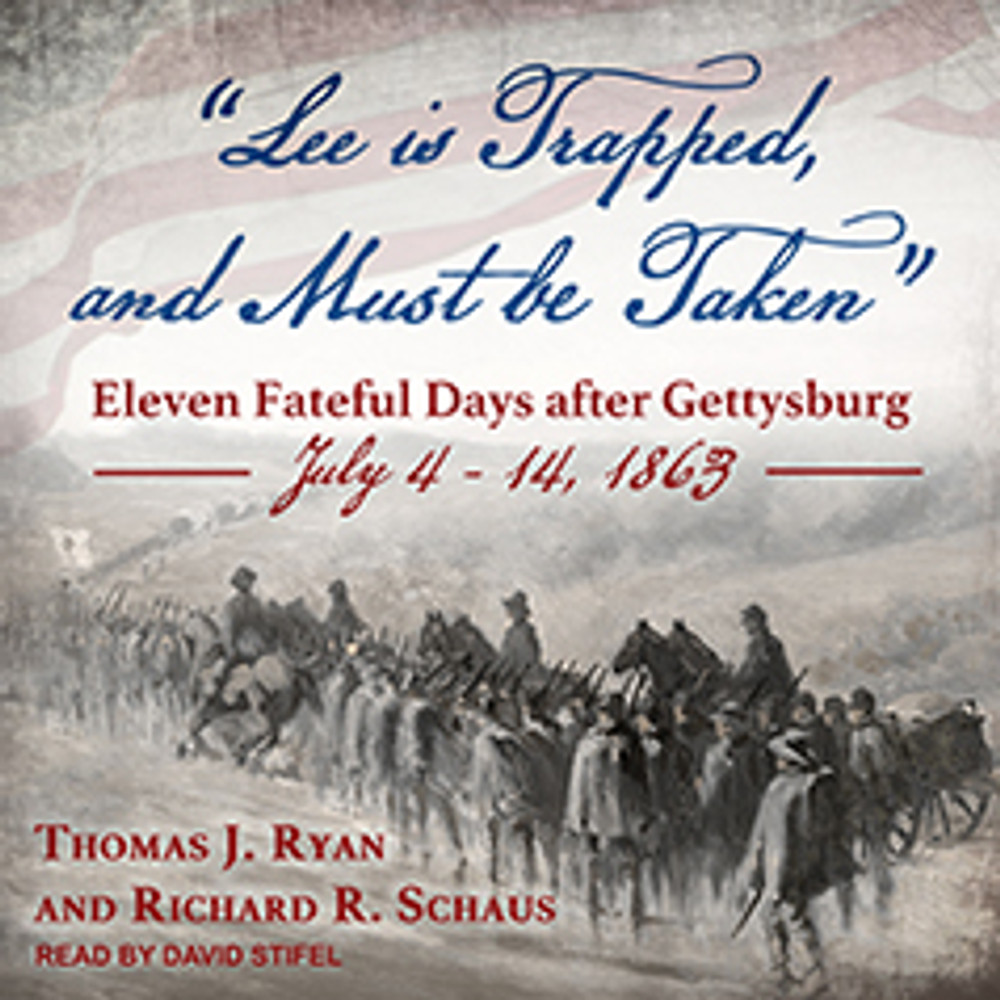 Thousands of books and articles examine nearly every aspect of the Civil War, but the important retreat of the armies from the Gettysburg battlefield to the Potomac River has been but little covered. Until now, no one had produced a critical analysis of the command decisions made during that fateful time based upon available intelligence. “Lee is Trapped and Must be Taken”: Eleven Fateful Days after Gettysburg, July 4 to July 14, 1863, by Thomas J. Ryan and Richard R. Schaus rectifies this oversight.

This comprehensive day-by-day account, which begins after the end of the Gettysburg battle, examines how Maj. Gen. George G. Meade organized and motivated his Army of the Potomac in response to President Abraham Lincoln’s mandate to bring about the “literal or substantial destruction” of Gen. Robert E. Lee’s defeated and retreating Army of Northern Virginia. As far as Lincoln was concerned, if Meade aggressively pursued and confronted Lee before he could escape across the flooded Potomac River, “the rebellion would be over.”

The long and bloody three-day battle exhausted both armies. Both commanders faced the difficult tasks of rallying their troops for more marching and fighting. Lee had to keep his army organized and motivated enough to conduct an orderly withdrawal into Virginia. Meade faced the same organizational and motivational challenges with the added expectation of catching and defeating a still-dangerous enemy. Central to their decision-making was the information they received from their intelligence-gathering resources about the movements, intentions, and capability of the enemy. The eleven-day period after Gettysburg was a battle of wits to determine which commander better understood the information he received and directed his army accordingly. Prepare for some surprising revelations.

Ryan and Schaus rely on a host of primary sources to craft their study, including letters, memoirs, diaries, official reports, newspapers, and telegrams. The threading of these intelligence gems creates a gripping narrative with a significant amount of new information—which the authors use to offer their own direct and often damning conclusions. “Lee is Trapped and Must be Taken” is a sequel to Thomas Ryan’s Spies, Scouts, and Secrets in the Gettysburg Campaign (Savas Beatie, 2015), the recipient of the Bachelder-Coddington Literary Award and Gettysburg Civil War Round Table Distinguished Book Award.