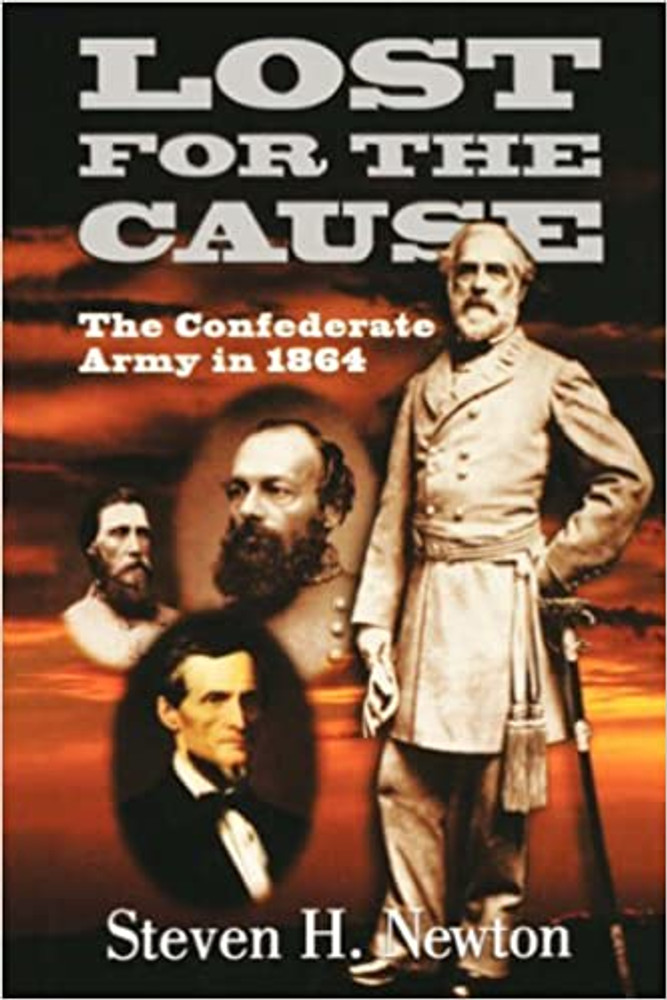 A meticulously documented challenge to previous views about the extent and effectiveness of Confederate manpower in the last year of the Civil War.

REVIEWER UPDATE: I recently read Lost for the Cause: the Confederate Army in 1864 by Steven H Newton. This is a very interesting book concerning Confederate manpower. Newton does a superb job of deconstructing the theories of Confederate exhaustion and the Confederate high tide at Gettysburg. It is a widely accepted fact (or opinion) that the Army of Northern Virginia reached its manpower high tide in June 1863.

Newton examined the various reports made by commanders in the spring of 1864 and found that the Army of Northern Virginia actually had more men than at Gettysburg. He also found that the Confederate armies as a whole had more men under arms in the spring of 1864 than after the campaigns of 1863. Newton found that many Confederate reports were inaccurate, the commanders themselves admitted so. He did find that the December 31, 1863 report was the most comprehensive. That report lists 233,586 men in the Confederate armies. By June 30, 1864 the numbers have dropped to 161,528. By these numbers it would appear that the Confederacy is indeed falling apart but Newton points out that on that day most of the Confederacy was locked in battle and reports were incomplete. The trans-Mississippi department reports just two sub-districts in Texas, totaling 3,122 men. Two months later a much more complete figure from that department lists 54,790 men, most of which were in the department two months earlier. For the Army of Northern Virginia the June 1864 count did not include Early's troops in the Valley. By the time complete reports from Early came in he had fought at Monocacy, Kernstown and Moorefield so it is reasonable to assume the 15,363 men he reports in September is a fair estimate (likely low) for June.

This is one of the better books I have read in recent years. Part of this book was in a previous issue of North & South magazine. That was an article on Johnston & Hood and how they lost men. That was a good article that talked alot about not only the losses suffered but that Hood benefited from a good hospital service that got men back into ranks (now maybe that was more a result of Johnston's administration and the recovery time, the author never discussed that aspect). Part of the book is also a comprehensive order of battle for the Confederacy which is nice for researchers but is not something you'd normally sit down to read for fun.

Steven H. Newton is Professor of History at Delaware State University. His previous books on World War II include Kursk: The German View and Retreat from Leningrad.