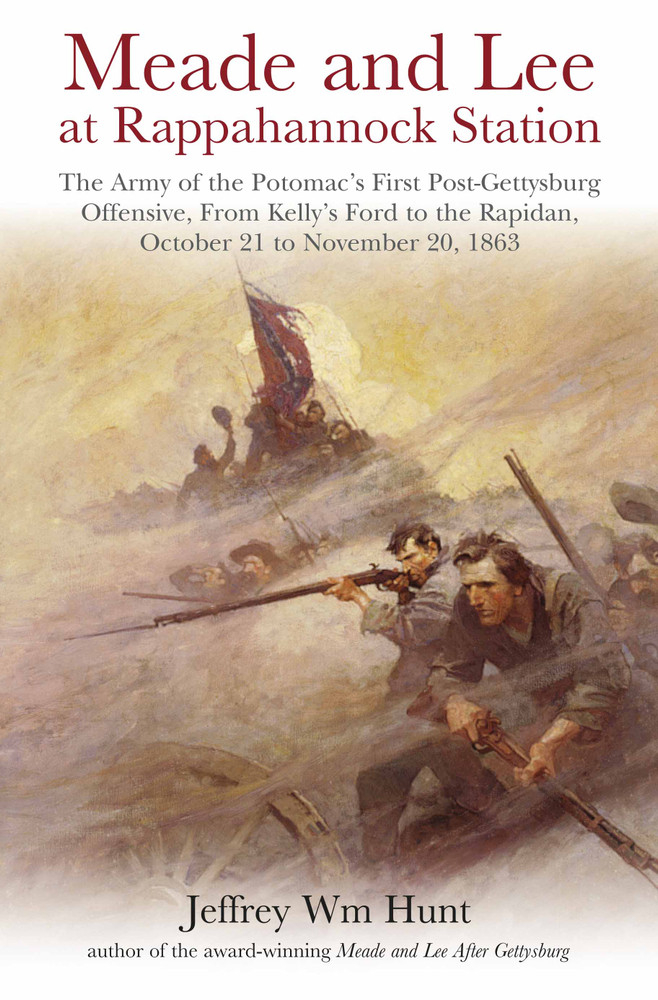 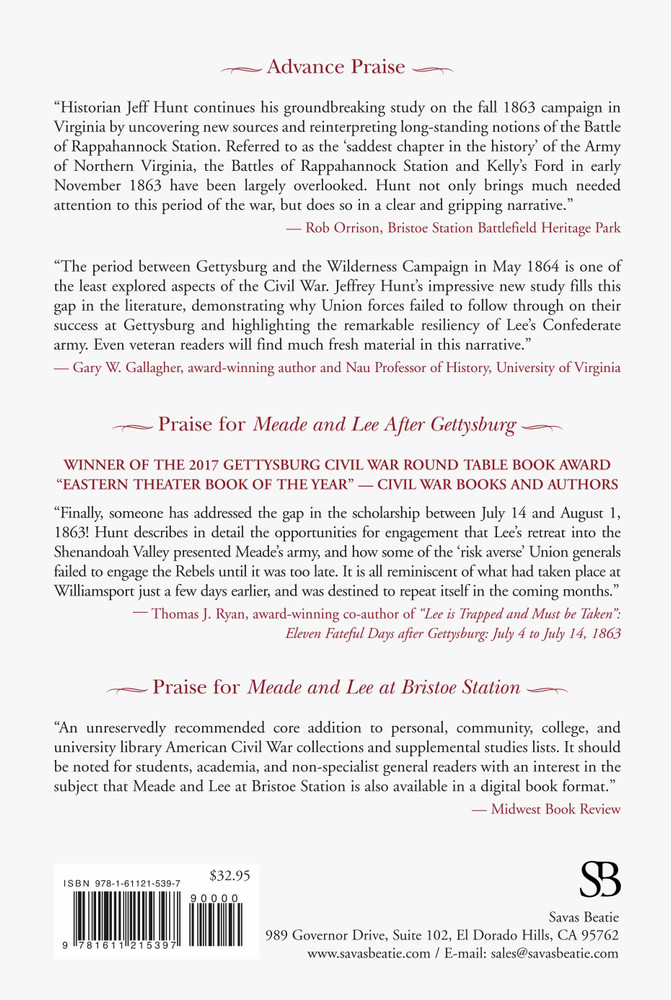 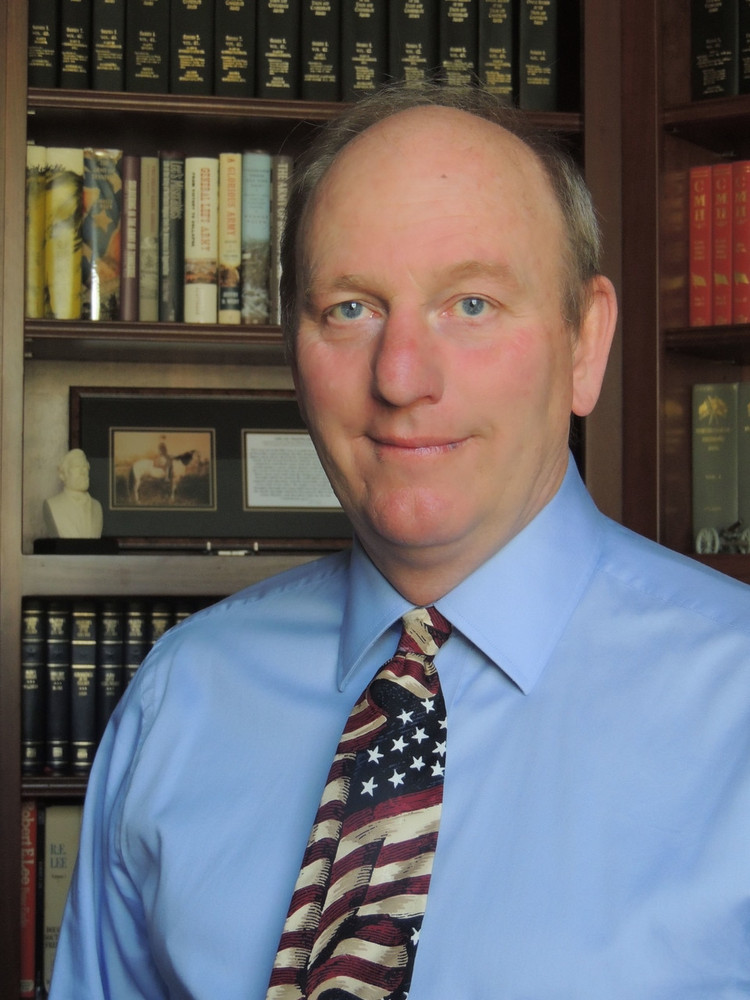 Click HERE to read the Table of Contents and Preface

Contrary to popular belief, the Eastern Theater during the late summer and fall of 1863 was anything but inconsequential. Generals George Meade and Robert E. Lee continued where they had left off, boldly maneuvering the chess pieces of war to gain a decisive strategic and tactical advantage. Cavalry actions and pitched battles made it clear to anyone paying attention that the war in Virginia was a long way from having been decided at Gettysburg. This period of the war was the first and only time Meade exercised control of the Army of the Potomac on his own terms, but historians and students alike have all but ignored it. Jeffrey Wm Hunt brilliantly rectifies this oversight in Meade and Lee at Rappahannock Station: The Army of the Potomac’s First Post-Gettysburg Offensive, from Kelly’s Ford to the Rapidan, October 21 to November 20, 1863.

It was a fascinating time in north-central Virginia. After recovering from the carnage of Gettysburg, the Richmond War Department sent James Longstreet and two divisions from Lee’s army to reinforce Braxton Bragg’s Army of Tennessee, where they helped win the Battle of Chickamauga. Washington followed suit soon thereafter by sending two of Meade’s corps (the XI and XII) to reinforce William Rosecrans’ Army of the Cumberland. Despite his weakened state, Lee took advantage of the opportunity and launched a daring offensive that drove Meade back on Washington but ended in a bloody defeat at Bristoe Station on October 14.

What happened next is the subject of Meade and Lee at Rappahannock Station, a fast-paced and dynamic account of Lee’s bold strategy to hold the Rappahannock River line as the Army of the Potomac retraced its steps south. Pressured by Washington to fight but denied strategic flexibility, Meade launched a risky offensive to carry Lee’s Rappahannock defenses and bring on a decisive battle. The dramatic fighting included a stunning Federal triumph at Rappahannock Station—which destroyed two entire Confederate brigades—that gave Meade the upper hand and the initiative in his deadly duel with Lee, who retreated south to a new position behind the Rapidan River. It seemed as though Lee’s vaunted Army of Northern Virginia had lost its magic after its defeat in Pennsylvania.

Hunt’s third installment in his award-winning Meade and Lee series is grounded upon official reports, regimental histories, letters, newspapers, and other archival sources. Together, they provide a day-by-day, and sometimes minute-by-minute, account of the Union army’s first post-Gettysburg offensive action and Lee’s efforts to repel it. In addition to politics, strategy, and tactics, Hunt’s pen ably examines the intricate command relationships, Lee’s questionable decision-making, and the courageous spirit of the fighting men. Complete with original maps and outstanding photographs, Meade and Lee at Rappahannock Station is a significant contribution to Civil War literature.

Jeffrey William Hunt is Director of the Texas Military Forces Museum, the official museum of the Texas National Guard in Austin, Texas and an adjunct professor of History at Austin Community College, where he has taught since 1988. He had also served for many years as the Curator of Collections and Director of the Living History Program at the Admiral Nimitz National Museum of the Pacific War in Fredericksburg, Texas. Jeff holds a Bachelors Degree in Government and a Masters Degree in History, both from the University of Texas at Austin. He is the author of several books on the Civil War, including the critically acclaimed and award-winning Meade and Lee After Gettysburg: The Forgotten Final Stage of the Gettysburg Campaign, from Falling Waters to Culpeper Court House, July 14-31, 1863 as well as Meade and Lee at Bristoe Station: The Problems of Command and Strategy after Gettysburg, from Brandy Station to the Buckland Races, August 1 to October 31, 1863.