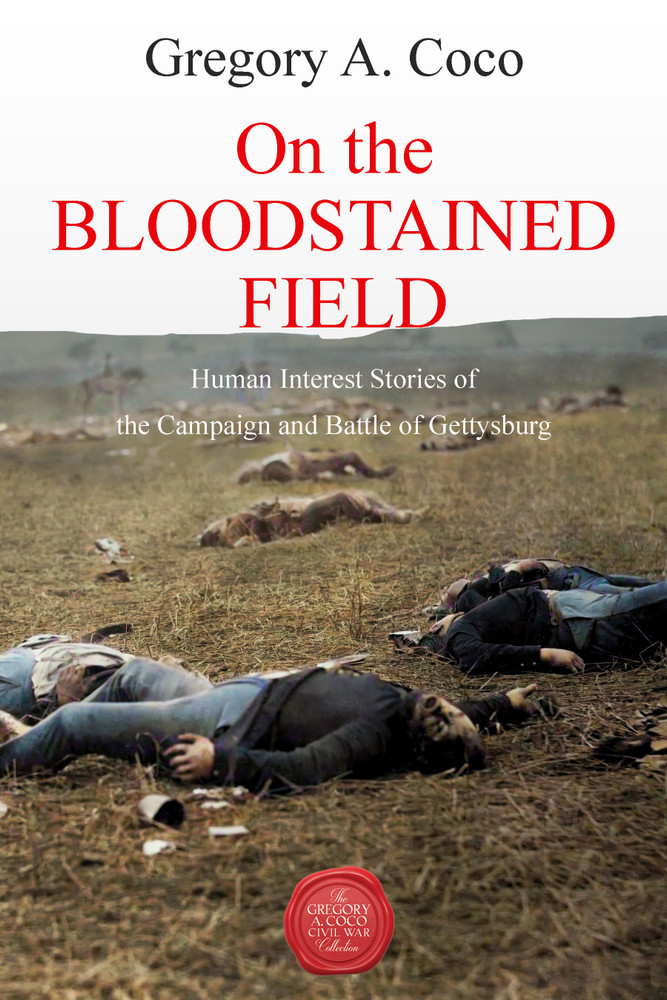 On The Bloodstained Field presents nearly 300 compelling human-interest stories from the Battle of Gettysburg that are so fascinating that it is nearly impossible to stop reading.

Did you know that a dog was probably one of the first casualties in the battle? Or that a “gentleman’s duel” took place during the fighting on July 2?

Few know that a soldier committed suicide during the fighting, or that three brothers were killed by a single shell, and that a Gettysburg farmer lost several thousands of dollars in gold stolen by a Confederate general.

On The Bloodstained Field is perfect for young students of the battle or veteran campaigners who want lighter fare—much of it they have never heard or read before.

A wonderful compliment to A Strange and Blighted Land, and A Vast Sea of Misery.

War Stories: 150 Little-Known Stories of the Campaign and Battle of Gettysburg