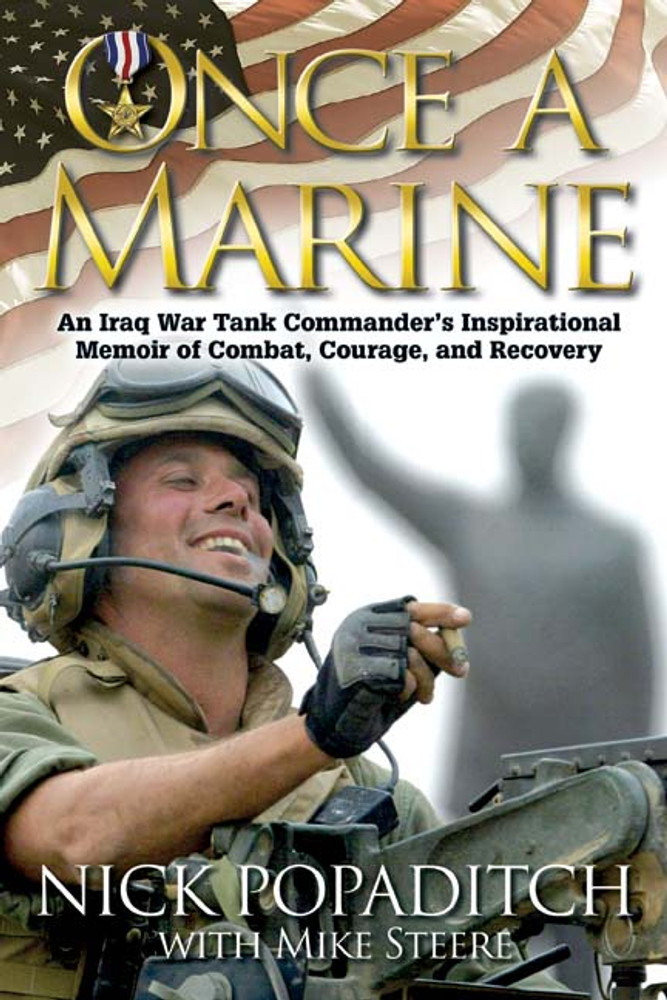 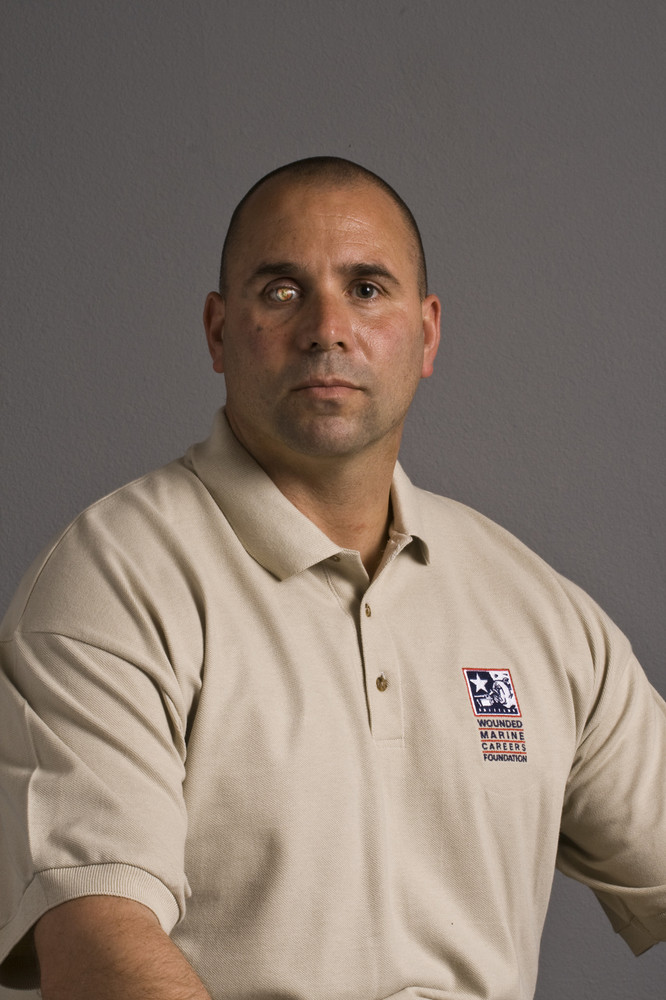 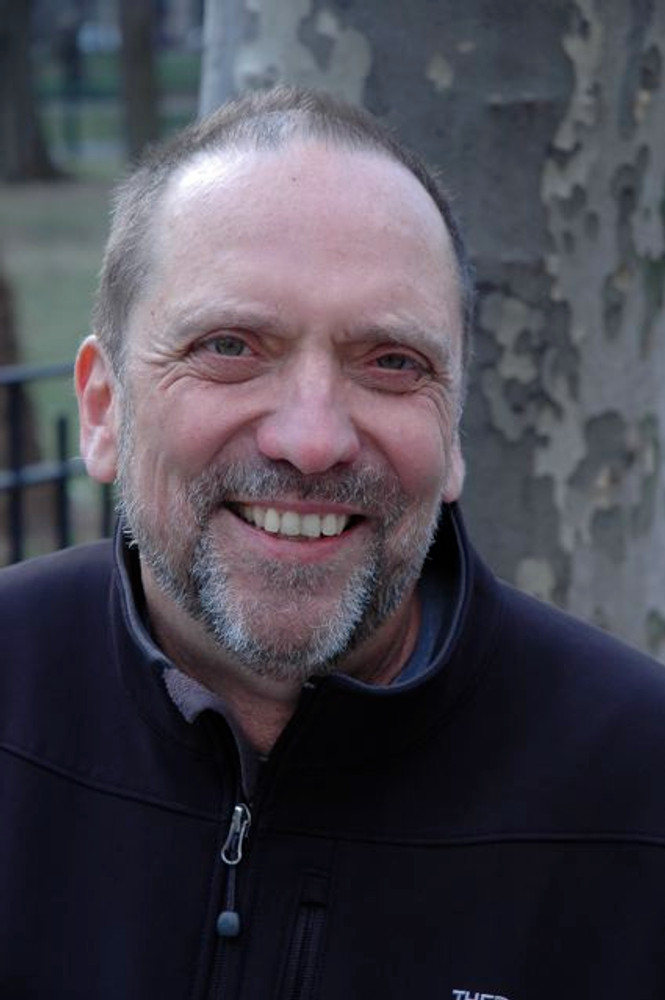 April 9, 2003: An AP photographer captures a striking image seen around the world of the Gunny Sergeant smoking a victory cigar in his tank, the haunting statue of Saddam Hussein hovering in the background. Popaditch is immortalized forever as "The Cigar Marine."

April 6, 2004: The tanker fights heroically in the battle for Fallujah and suffers grievous head wounds that leave him legally blind and partially deaf. The USMC awards him with a Silver Star for his valor and combat innovation.

April 18, 2004: "Gunny Pop" comes home to face the toughest fight of his life-a battle to remain the man and Marine he was. This is the central drama of Nick's inspiring memoir, Once a Marine: An Iraq War Tank Commander's Inspirational Memoir of Combat, Courage, and Recovery.

Readers in and out of the military will stand up and cheer for this valiant Marine's Marine, a man who embodies everything noble and proud in the Corps' long tradition. Never has modern mechanized combat seemed so immediate and real, or the fight in Iraq seemed so human and worth believing in.

At first, Nick fights to get back to where he was in Iraq-in the cupola of an M1A1 main battle tank, leading Marines in combat at the point of the spear. As the seriousness and permanence of his disabilities become more evident, Nick fights to remain in the Corps in any capacity, to help the brothers in arms he so aches to rejoin. Facing the inevitable following a medical retirement, he battles for rightful recognition and compensation for his permanent disabilities. Throughout his harrowing ordeal, Nick fights to maintain his honor and loyalty, waging all these battles the same way-the Marine way-because anything less would be a betrayal of all he holds dear.

The real triumph in Once a Marine is its previously untold, behind-the-scenes tale of the day-to-day life of a career Marine noncommissioned staff officer. In most books and movies, a "Gunny" is little more than a cardboard character. Nick's portrayal is a man complete: a husband and father, as well as a warrior and a molder of young warriors. He reveals himself completely, something no memoirist in his position has ever done before. This includes our very personal introduction to his wife April, whose heroics in the story equal Nick's, together with dozens of others who, as Sgt. Popaditch writes, gave so much, so selflessly and freely, to him. Like the man himself, Once a Marine is full of gratitude and refreshingly free of false bravado and braggadocio.

All Americans, of all political persuasions, have a duty to meet this courageous and admirable fighting man, an exemplar of all our military men and women who give so much out of love for their nation. Meeting Gunny Sergeant Popaditch through the pages of his inspirational memoir offers up new reasons to be proud and shoulder our own responsibilities as Americans.

Now in paperback, Once a Marine will instantly take its place among outstanding combat classics. And once you read this remarkable and uplifting book, The Marine's Hymn will never sound the same.

The autobiography of a retired marine gunnery sergeant, invalided out from wounds received in Iraq, is, first off, sheer good reading for anyone fond of portrayals of committed warriors. Popaditch wanted to be a marine more than anything else in the world, and tried to stay in even after being hit in the head with a rocket. During his 15-year career, he specialized in armor, and he throws a good deal of light on the marines who fight in tanks, the like of which is often missing in other, more infantry-oriented accounts. He and his freelance-journalist collaborator also provide rare exposure of how the corps looks from the perspective of a noncommissioned officer whose loyalty to it doesn’t blind him to its vices and limitations. Collections with strong military holdings will want to add this for the sake of both Iraq War and Marine Corps coverage. --Roland Green

"Only a few books leap off the shelves and demand to be read- and "Once a Marine" is one of those few…a spellbinding story…the type of book that the reader will devour in an evening". (The Midwest Book Review)

"For a rough & tough Marine Gunnery Sergeant, Popaditch has written a brutally honest, yet incredibly moving story of his life as a Marine, and how the Marine Corps has prepared him for life afterwards. Recommended? Absolutely!" (Andrew Lubin, Military Writers Society of America)

"Here is a story of one Marine who could truly inspire our entire country. Gunny Sergeant Popaditch tells a story that every American should read to understand and respect the military serving our country. It will bring tears to your eyes one minute and a hearty laugh the next. Your admiration for this Marine, our military heroes and their families, grows stronger with each turning of the page. My deepest gratitude to the brave men and women who serve to protect America." (Congressman Brian P. Bilbray)

From East Chicago, Indiana, Nick Popaditch enlisted in the Marine Corps in 1986. While commanding a tank, he was wounded in Fallujah, Iraq in 2004. Nick was medically retired from the Marines in 2005 at the rank of Gunnery Sergeant. Residing in Chula Vista, he and his wife, April, have two children, Richard and Nicholas. Mike Steere is an author and freelance journalist based in Los Angeles. His most recent book-length collaboration is Brothers of Iron (Sports Publishing LLC) and he has written for Outside, The New York Times, Mens Journal, Wired, and many national publications. He also writes for television.