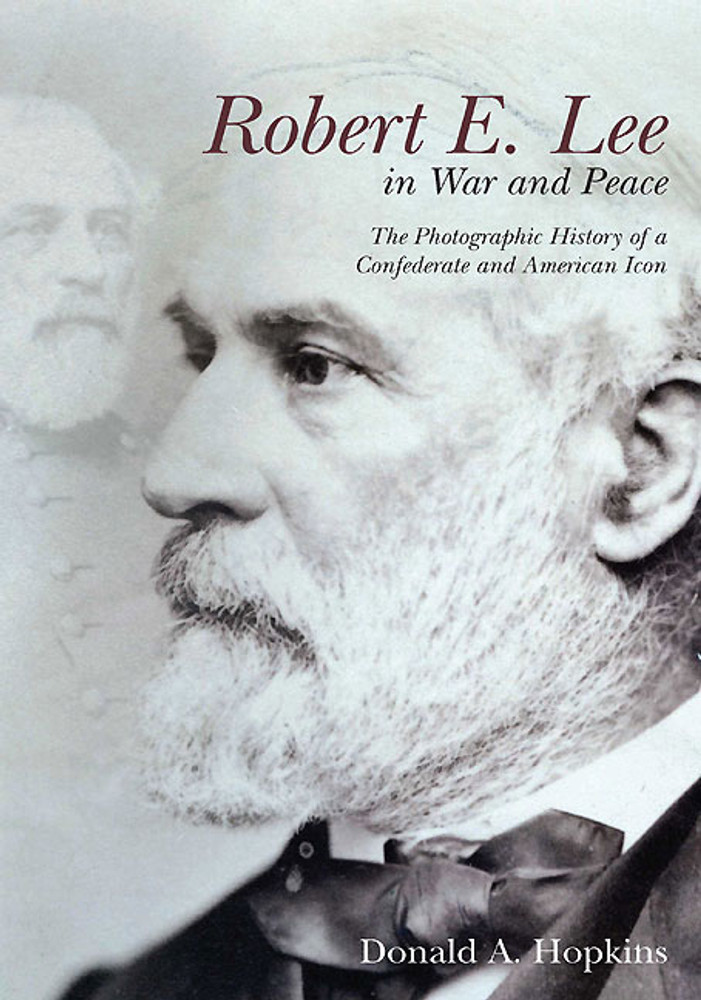 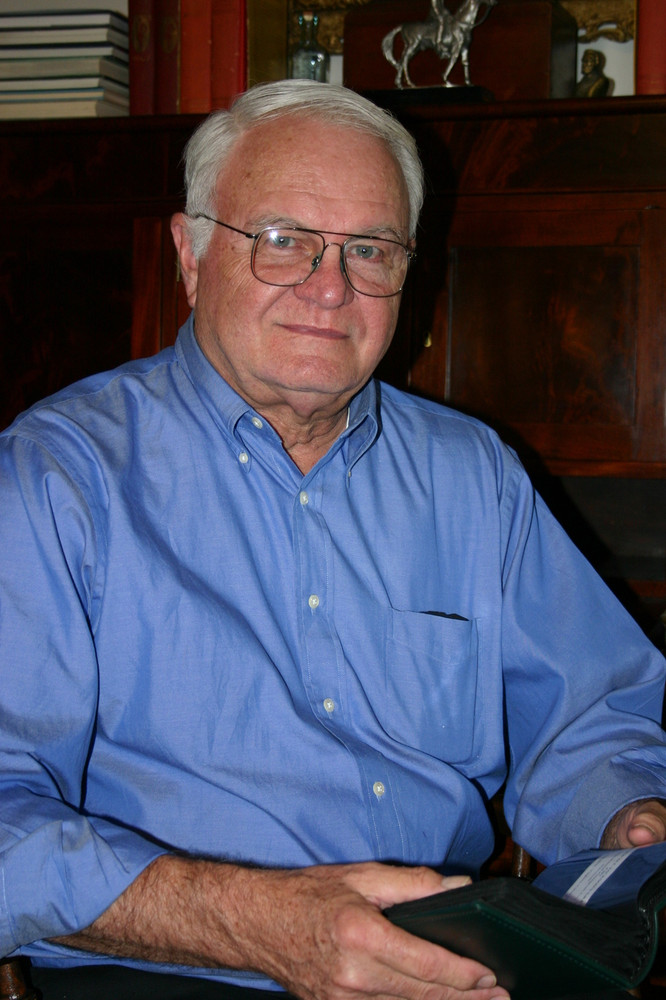 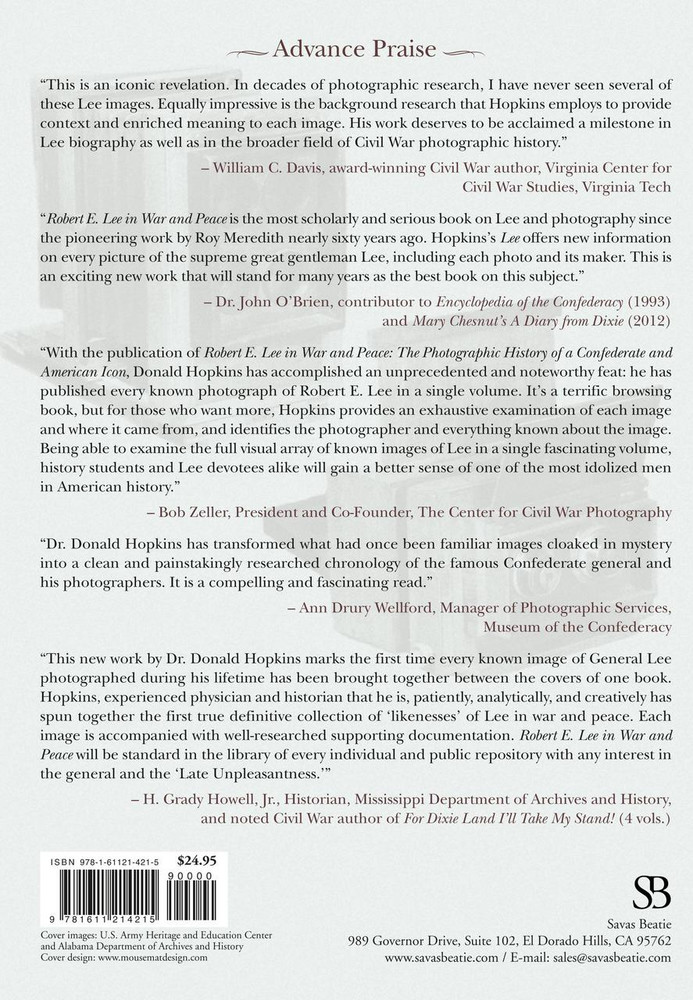 Robert E. Lee in War and Peace: The Photographic History of a Confederate and American Icon (PB)

Robert E. Lee is well known as a Confederate general and as an educator later in life, but most people are exposed to the same handful of images of one of America’s most famous sons. It has been almost seven decades since anyone has attempted a serious study of Lee in photographs, and with Don Hopkins’s painstakingly researched and lavishly illustrated Robert E. Lee in War and Peace, the wait is finally over.

Dr. Hopkins, a Mississippi surgeon and lifelong student of the Civil War and Southern history with a recent interest in 19th Century photography, scoured manuscript repositories and private collections across the country to locate every known Lee image (61 in all) in existence today. The detailed text accompanying these images provides a sweeping history of Lee’s life and a compelling discussion of antique photography, with biographical sketches of all of Lee’s known photographers. Hopkins offers a substantial amount of previously unknown information about these images, how each came to be, and the mistakes in fact and attribution other authors and writers have made describing photographs of Lee to the reading public. Many of the images in this book are being published for the first time.

In addition to several rare photographs uncovered during the research phase of Robert E. Lee in War and Peace, the author offers—for the first time—definitive and conclusive attribution of the identity of the photographer of the well known Lee “in the field” images, and reproduces a startling imperial-size photograph of Lee made by Alexander Gardner of Washington, D.C. Other portraits previously attributed to Michael Miley of Lexington, Virginia, are shown to be instead the product of Charles Rees of Richmond.

Students of American history in general and the Civil War in particular, as well as collectors and dealers who deal with Civil War era photography, will find Hopkins’ outstanding Robert E. Lee in War and Peace a true contribution to the growing literature on the Civil War.

“Robert E. Lee in War and Peace is the most scholarly and serious book on Lee and photography since the pioneering work by Roy Meredith nearly sixty years ago. Hopkins’s Lee offers new information on every picture of the supreme great gentleman Lee, including each photo and its maker. This is an exciting new work that will stand for many years as the best book on this subject.” (Dr. John O’Brien, contributor to Encyclopedia of the Confederacy (1993) and Mary Chesnut’s A Diary from Dixie (2012))

“With the publication of Robert E. Lee in War and Peace: The Photographic History of a Confederate and American Icon, Donald Hopkins has accomplished an unprecedented and noteworthy feat: he has published every known photograph of Robert E. Lee in a single volume. It’s a terrific browsing book, but for those who want more, Hopkins provides an exhaustive examination of each image and where it came from, and identifies the photographer and everything known about the image. Being able to examine the full visual array of known images of Lee in a single fascinating volume, history students and Lee devotees alike will gain a better sense of one of the most idolized men in American history.” (Bob Zeller, President and Co-Founder, The Center for Civil War Photography)

“Dr. Donald Hopkins has transformed what had once been familiar images cloaked in mystery into a clean and painstakingly researched chronology of the famous Confederate general and his photographers. It is a compelling and fascinating read.” (Ann Drury Wellford, Manager of Photographic Services, Museum of the Confederacy)

“This is an iconic revelation. In decades of photographic research, I have never seen several of these Lee images. Equally impressive is the background research that Hopkins employs to provide context and enriched meaning to each image. His work deserves to be acclaimed a milestone in Lee biography as well as in the broader field of Civil War photographic history.” (William C. Davis, award-winning Civil War author, Virginia Center for Civil War Studies, Virginia Tech)

“This new work by Dr. Donald Hopkins marks the first time every known image of General Lee photographed during his lifetime has been brought together between the covers of one book. Hopkins, experienced physician and historian that he is, patiently, analytically, and creatively has spun together the first true definitive collection of ‘likenesses’ of Lee in war and peace. Each image is accompanied with well-researched supporting documentation. Robert E. Lee in War and Peace will be standard in the library of every individual and public repository with any interest in the general and the ‘Late Unpleasantness.’” (H. Grady Howell, Jr., Historian, Mississippi Department of Archives and History, and noted Civil War author of For Dixie Land I’ll Take My Stand! (4 vols.))

"The author has done a most impressive job of accurately portraying the general’s photographic history, while linking it to the early development of portrait photography in America. All those interested in Lee or in nineteenth-century American photography will definitely want to add Robert E. Lee in War and Peace to their library" (The Journal of America’s Military Past)

Born in the rural South, Donald A. Hopkins has maintained a fascination with Southern history since he was a child. In addition to published papers in the medical field, he has written several Civil War articles and The Little Jeff: The Jeff Davis Legion, Cavalry, Army of Northern Virginia for which he received the United Daughters of the Confederacy’s Jefferson Davis Historical Gold Medal. Dr. Hopkins served as Battalion Surgeon for the 1st Battalion, 9th Marines, (better known as “The Walking Dead”) in Vietnam. He was awarded the Purple Heart and the Bronze Star with combat “V.” Dr. Hopkins is a surgeon in Gulfport, Mississippi, where he lives with his wife Cindy and their golden retriever Dixie.