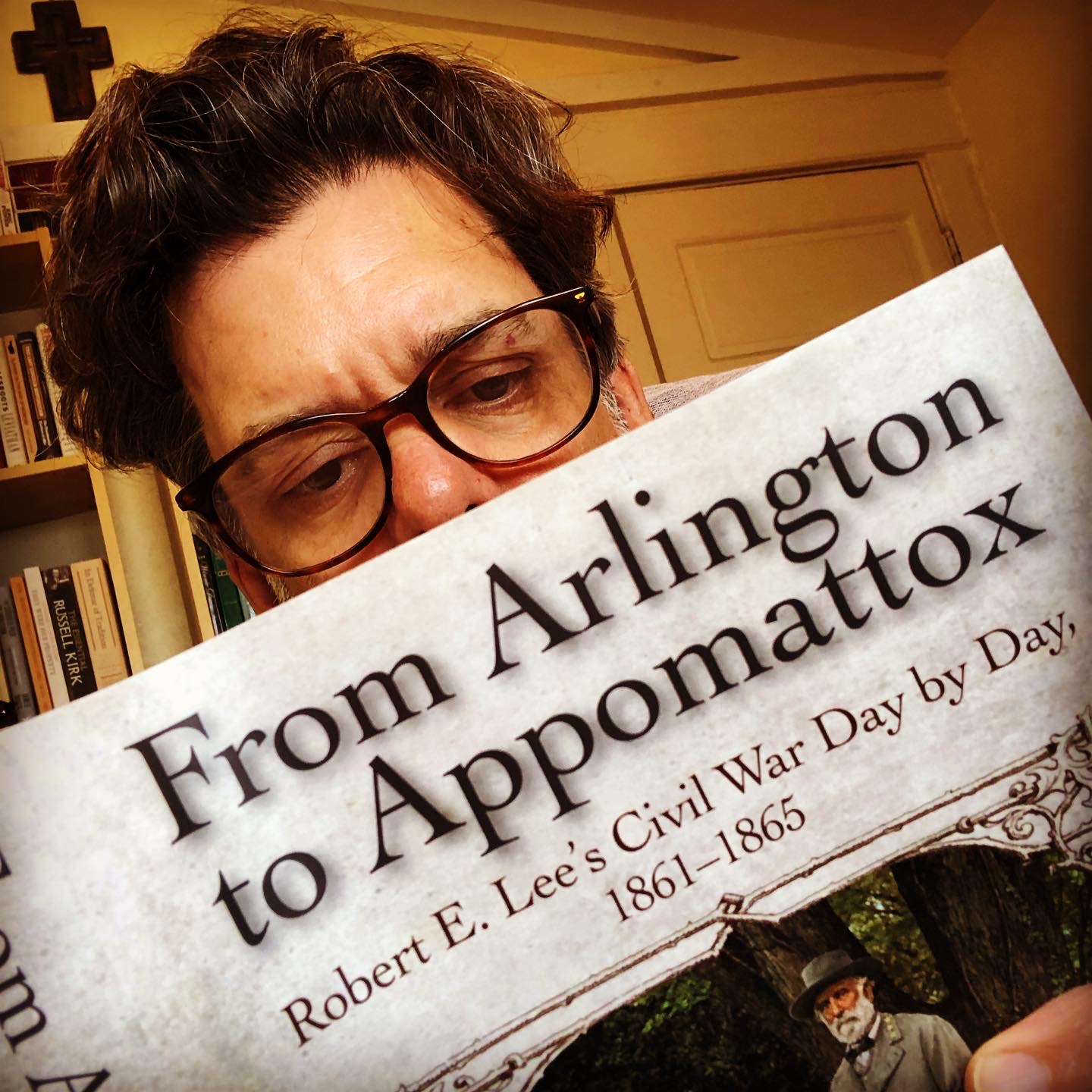 A NEW AND DEEP REVIEW I HIGHLY RECOMMEND. [Thank you, Keith for taking the time and trouble. Independent publishing appreciates all YOU do. -- tps]

FIVE STARS Absolutely essential for any Civil War library
Reviewed in the United States on September 21, 2021
Greetings all! I am very happy to be throwing out my two cents on this new title from my friends at Savas Beatie. "From Arlington to Appomattox: Robert E. Lee’s Civil War Day by Day, 1861-1865," by Charles R. Knight, is a book that I have been anticipating with great enthusiasm for a minute.
And I’m going to say this - right here, right now…anyone with even a glimmer of interest in Civil War history needs this book.
I found it an entirely absorbing companion to my many other titles covering this preeminent Confederate general during his tenure with the Rebel Army.
This is neither a comprehensive look at the man’s life nor an in-depth analysis of his military exploits and legacy beyond the war. One might turn to any number of other sources for that, from Douglas Southall Freeman’s Pulitzer Prize winning and quite sympathetic four-volume biography, to the more critical Reading the Man by Elizabeth Brown Pryor -- to all the hubbub on the ANV in Joseph Glatthaar’s General Lee’s Army -- to Thomas Connelly’s take on Lee’s postwar image in The Marble Man . . . or zillions of other books, really…the list could go on and on (and on).
"From Arlington to Appomattox" is something quite different.
Knight follows the salient events taking place during each day of Lee’s life, placing him in context, while emphasizing his personal experiences. Maybe I am just a geek for details but I found the little blips on Lee’s radar that were going on while the war swirled around him to be rather captivating. Knight begins at the dawn of Virginia’s secession in April, 1861 and works his way to the surrender of the Army of Northern Virginia in April, 1865. Based on the laws of higher mathematics, that’s somewhere south of 1500 entries. My goodness.
The effort that went into creating this volume must have been Herculean, to say the least. And if you are like me and obsess over footnotes, then you are in for a treat. Knight draws from numerous sources including the OR (obvi), Lee’s personal correspondence, first-hand participant accounts recorded in a number of memoirs, various wartime papers, and of course, a vast array of secondary sources.
The bibliography alone is worth having and has already served as an indispensable resource here in the Harris library.
Not kidding.
Knight begins each month with a contextual overview so the reader might grasp, generally speaking, the strategic situation on the battlefield, the sentiments behind the lines, and the whereabouts of Lee’s family, his principal lieutenants, and other key Confederate operatives. Knight offers the daily entries in the present tense, which gives the narrative a sense of immediacy that I found particularly engaging.
In the end, I think readers will be reminded of something quite valuable : the humanity of a controversial historical figure. Both Lee’s flaws and virtues resonate within these pages. This is important to acknowledge -- and while many of us may not share Lee’s convictions, it is worthwhile to understand his sentiments, his recorded thoughts, and his behaviors to better understand the war -- and even the greater context of southern civilization from the perspective of a prominent member of his class.
Which brings me to my next point.
Several weeks ago there were a few heated exchanges on the usual social media suspects concerning a forthcoming Lee biography (it’s Allen Guelzo’s book, in case you are interested). The issue centered around the idea that yet another book on Lee was not worth the effort (cue eye-roll) because, ya know…haven’t we had enough of this guy? A few even suggested that such a publication would somehow contribute to the tradition of adoration for a slaveholding traitor -- and at exactly the wrong time, as Lee statues and other Confederate monuments come down across the South. Others launched ad hominem sorties at Guelzo -- I suppose for political reasons, which was not particularly helpful.
Friends, we need to stop this.
Good faith research and scholarship or just wanting to learn more about Robert E. Lee is not an endorsement of his politics, his cause, or any of that. It is simply historical inquiry - and I promise, there are always new and interesting questions to ask about Lee, the Civil War, or any historical actor or event, regardless of how we in the 21st century might feel about particular historical contexts.
And with that said, I welcome "From Arlington to Appomattox" to the growing list of works on Lee, and optimistically look forward to future volumes covering this controversial, but fascinating figure from our past. When new questions arise, when new ideas and shreds of evidence surface, when we can organize existing knowledge in innovative ways, then why would we hesitate to add nuance and layers of complexity to how we currently understand the past?
Though the luster has significantly dulled over the years when it comes to the “peerless” Lee, he is still pretty freakin’ interesting.
Disagree? Let’s talk :)
With compliments,
Keith