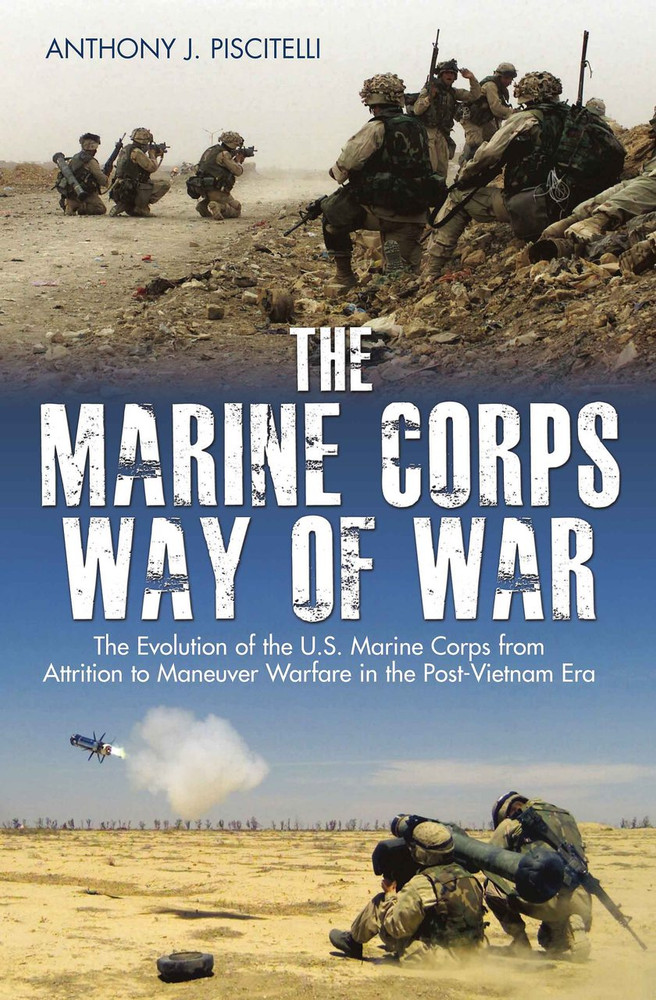 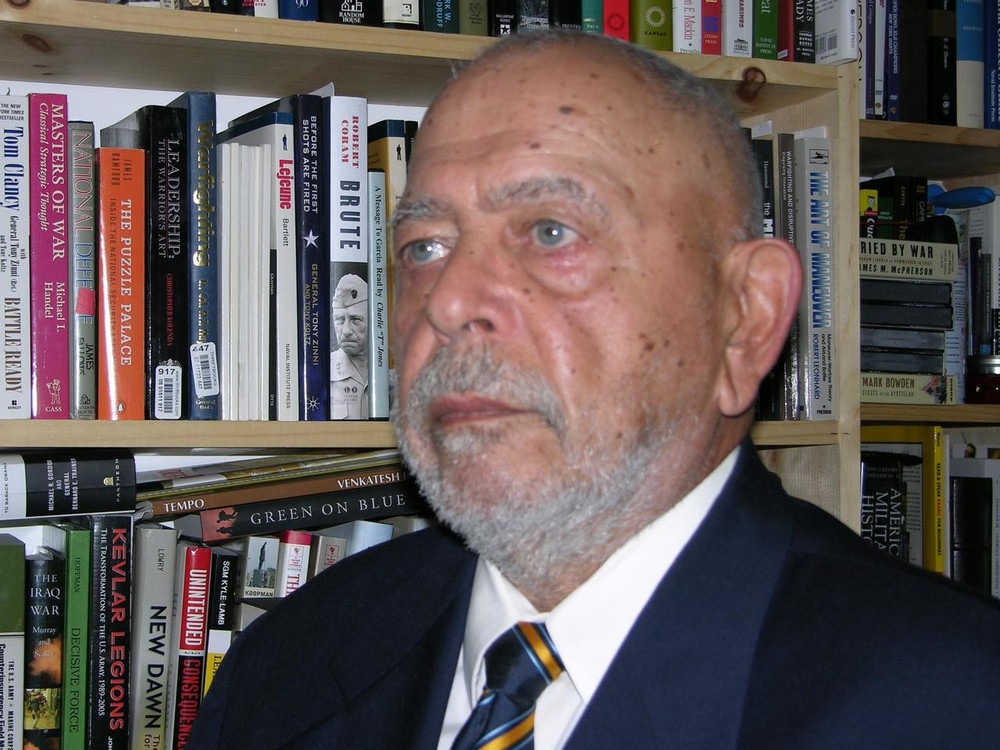 The Marine Corps Way of War examines the evolving doctrine, weapons, and capability of the United States Marine Corps during the four decades since our last great conflict in Asia. As author Anthony Piscitelli demonstrates, the USMC has maintained its position as the nation’s foremost striking force while shifting its thrust from a reliance upon attrition to a return to maneuver warfare.

In Indochina, for example, the Marines not only held territory but engaged in now-legendary confrontational battles at Hue, Khe Sanh. As a percentage of those engaged, the Marines suffered higher casualties than any other branch of the service. In the post-Vietnam assessment, however, the USMC ingrained aspects of Asian warfare as offered by Sun Tzu, and returned to its historical DNA in fighting “small wars” to evolve a superior alternative to the battlefield.

The institutionalization of maneuver philosophy began with the Marine Corps’ educational system, analyzing the actual battle-space of warfare—be it humanitarian assistance, regular set-piece battles, or irregular guerrilla war—and the role that the leadership cadre of the Marine Corps played in this evolutionary transition from attrition to maneuver. Author Piscatelli explains the evolution by using traditional and first-person accounts by the prime movers of this paradigm shift. This change has sometimes been misportrayed, including by the Congressional Military Reform Caucus, as a disruptive or forced evolution. This is simply not the case, as the analyses by individuals from high-level commanders to junior officers on the ground in Iraq, Afghanistan, and elsewhere, demonstrate. The ability of the Marines to impact the battlefield—and help achieve our strategic goals—has only increased during the post-Cold War era.

Throughout The Marine Corps Way of War: The Evolution of the U.S. Marine Corps from Attrition to Maneuver Warfare in the Post-Vietnam Era, one thing remains clear: the voices of the Marines themselves, in action or through analysis, describing how “the few, the proud” will continue to be America’s cutting-edge in the future as we move through the 21st Century. This new work is must-reading for not only every Marine, but for everyone interested in the evolution of the world’s finest military force.

“An impressively informed and informative study, "The Marine Corps Way of War: The Evolution of the U.S. Marine Corps from Attrition to Maneuver Warfare in the Post-Vietnam Era" is a singularly original work of outstanding scholarship that is so exceptionally well written, organized and presented as to make it fully accessible for academia and non-specialist general readers alike.” - Midwest Book Review

“The Service that wrote the book on insurgencies, amphibious warfare, helicopters, close air support and maneuver warfare continues to show the way into the cyber age. The author does an admirable job of chronicling the ingenuity and adaptability of the Marine Corps in cutting through the fog of war to stay ahead of potential enemies. A dramatic and intriguing story.” -Bernard E. Trainor, Lt. Gen. USMC (Ret.)

“Dr. Piscitelli has filled in a key gap in the evolution of how the Marine Corps fights. His study of the adaptation of the philosophy of maneuver warfare, from its introduction in the training areas of Camp Lejeune to its ultimate validation in Iraq, Afghanistan, and small actions worldwide, details the struggle to prepare the Marine Corps for the world, post-Vietnam. The import of that change cannot be overstated, nor can the struggle it took to make that change. Brilliant stuff.” - Richard P. Mills, Lt. Gen. USMC (Ret.)

"Author Anthony Piscitelli leverages his years of State Department and academic experience to map the evolution of the Marine Corps’s approach to war in the post–Vietnam War era, all the while highlighting the personalities involved in that process." - The Naval War College Review

Anthony (“Tony”) Piscitelli, Ph.D., is currently an adjunct professor in the Global Transportation Department-SUNY Maritime College, teaching graduate and undergraduate Maritime Security classes. He is an acknowledged expert in security and anti-terrorism physical and electronic security systems specializing in blast, ballistic, and forced entry mitigation. Dr. Piscitelli played an active role in Global War on Terrorism, Operation Enduring Freedom, and Operation Iraqi Freedom for the Departments of State and Defense. Dr. Piscitelli has spent a significant amount of time working with Arab Christians at risk in Palestine, Lebanon, Jordan, and Israel. His efforts here are directed at educational scholarships, affordable housing, and the development of the Lutheran Church’s Ecumenical Center at the Jordan River Baptismal Site. In addition, Dr. Piscitelli has been a benefactor for both the Marine Corps Law Enforcement Foundation, the Marine Corps Council of New York City, and the Marine Corps’ Semper Fi Fund.

An impressively informed and informative study, &quot;The Marine Corps Way of War: The Evolution of the U.S. Marine Corps from Attrition to Maneuver Warfare in the Post-Vietnam Era&quot; is a singularly original work of outstanding scholarship that is so exceptionally well written, organized and presented as to make it fully accessible for academia and non-specialist general readers alike. Of particular and lasting interest to anyone who has ever served their country as a Marine, &quot;The Marine Corps Way of War&quot; is unreservedly recommended for both community and academic library Military History collections in general, and Marine Corps supplemental studies lists in particular. Michael Dunford Reviewer