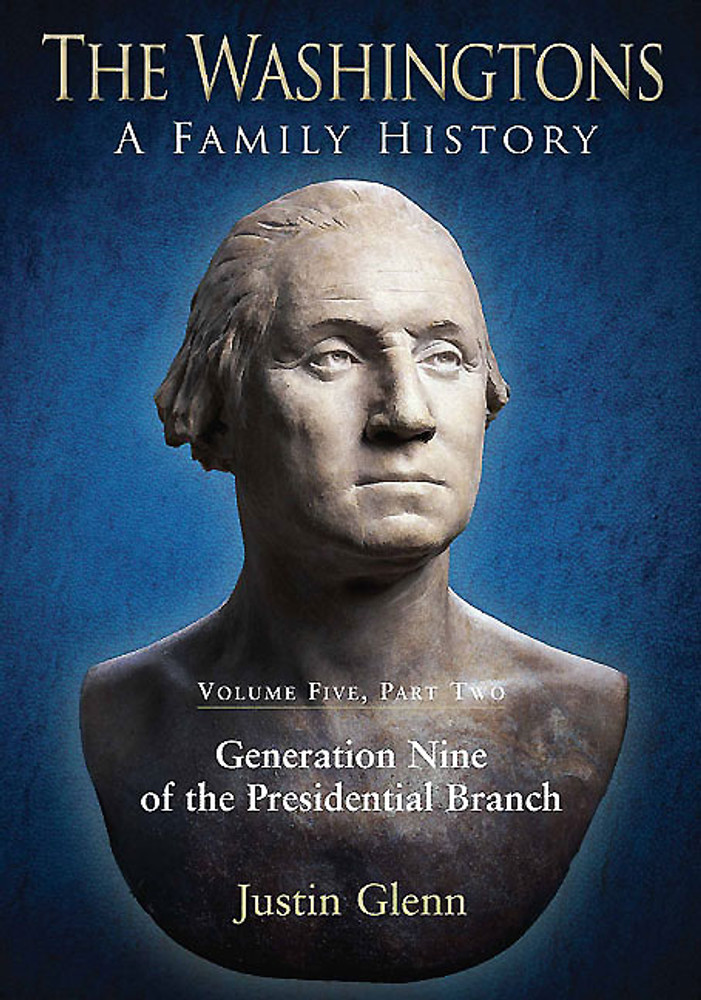 The Washingtons: A Family History, Volume 5 Part 2: Generation Nine of the Presidential Branch

This is the fifth volume of Dr. Justin Glenn’s comprehensive history that traces the “Presidential line” of the Washingtons. Volume One began with the immigrant John Washington, who settled in Westmoreland Co., Va., in 1657, married Anne Pope, and became the great-grandfather of President George Washington. It continued the record of their descendants for a total of seven generations. Volume Two highlighted notable family members in the next eight generations of John and Anne Washington’s descendants, including such luminaries as General George S. Patton, the author Shelby Foote, and the actor Lee Marvin. Volume Three traced the ancestry of the early Virginia members of this “Presidential Branch” back in time to the aristocracy and nobility of England and continental Europe. Volume Four resumed the family history where Volume One ended, and it contained Generation Eight of the immigrant John Washington’s descendants.

Volume Five now presents Generation Nine, including more than 10,000 descendants. Future volumes will trace generations ten through fifteen, making a total of over 63,000 descendants. Although structured in a genealogical format for the sake of clarity, this is no bare bones genealogy but a true family history with over 1,200 detailed biographical narratives. These in turn strive to convey the greatness of the family that produced not only The Father of His Country but many others, great and humble, who struggled to build that country.

The Washingtons: A Family History, Volume 5 Part 1: Generation Nine of the Presidential Branch