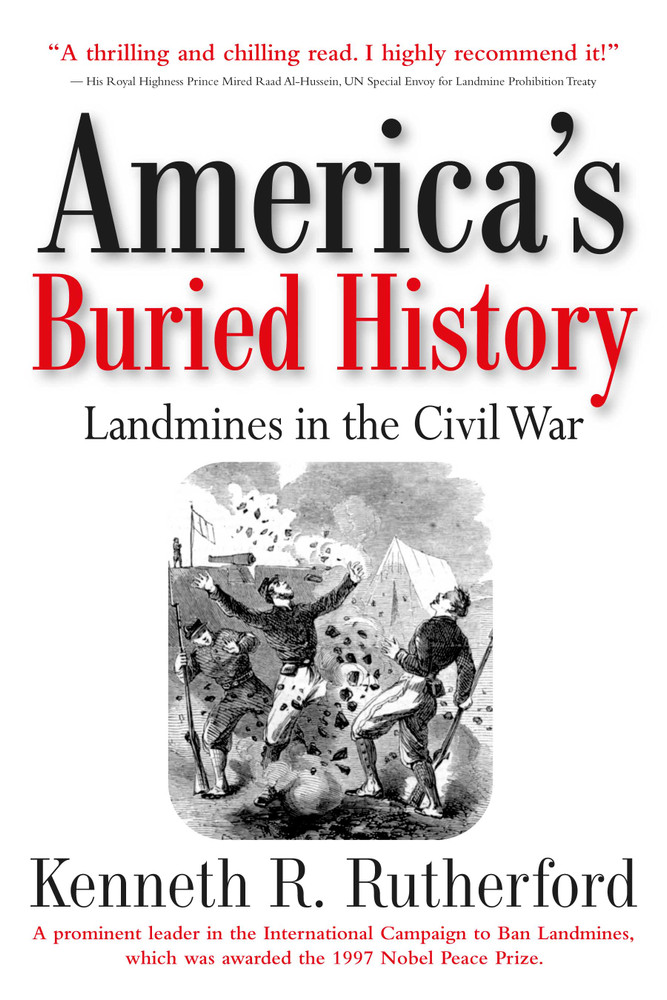 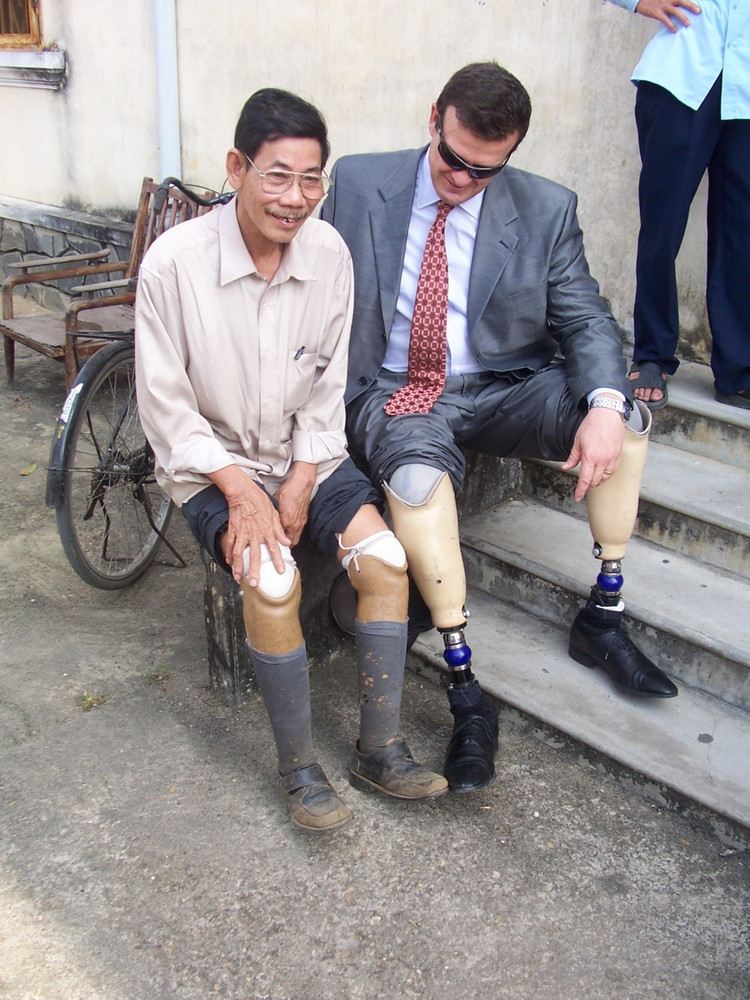 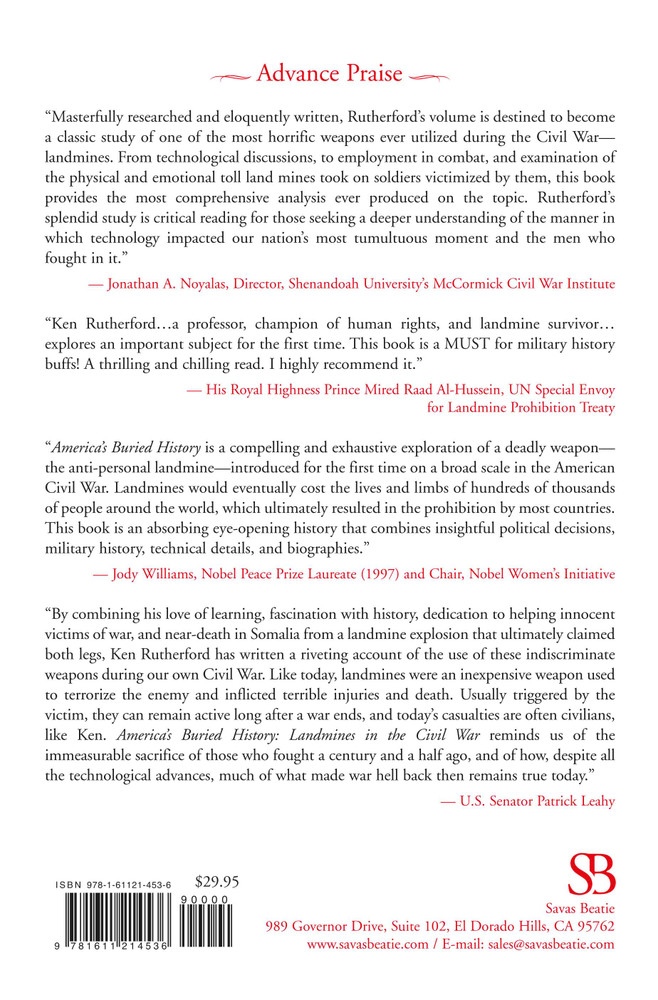 Spotify Podcast Interview with the Author

Despite the thousands of books published on the American Civil War, one aspect that has never received the in-depth attention it deserves is the use of landmines and their effect on the war and beyond. Kenneth R. Rutherford rectifies this oversight with America’s Buried History: Landmines in the Civil War, the first book devoted to a comprehensive analysis and history of the fascinating and important topic of landmines.

Modern mechanically fused high explosive and victim-activated landmines were used for the first time in the world’s history on a widespread basis in the American Civil War. The first American to die from a victim-activated landmine was on the Virginia peninsula in early 1862 during the siege of Yorktown. The controversial weapon, which was concealed on or beneath the ground, was built for one purpose: to kill or maim enemy troops. The weapon was the brainchild of Confederate General Gabriel J. Rains, who had experimented with explosive booby traps in Florida two decades earlier during the Seminole Wars. By the end of the war in 1865, some 2,000 “Rains mines” had been built and deployed in the field around Richmond. Simultaneously, other Confederate officers and soldiers also developed a sundry of landmine varieties, including command controlled and victim activated, across the Confederacy.

The Confederacy abandoned common practices in favor of innovative approaches that would help them overcome the significant deficits in materiel and manpower. The South’s reliance on these weapons pushed the limits of nineteenth century technology against a backdrop of a deteriorating military situation, setting off explosive debates inside the Confederate government and within the ranks of the army over the ethics of using “weapons that wait.” As the Confederacy’s fortune dissipated, its military leaders sought creative ways to fight, including leveraging low-cost weapons with minimal material inputs. This became an important factor in the increased support and attention landmines received from Confederate leaders. As the Civil War progressed, Southern military men continued to develop landmines with technological ingenuity adapted to local circumstances. Confederate soldiers manufactured landmines and also configured spur-of-the-moment landmines in a relatively ad hoc manner, often recycling unexploded Union ammunition. These debates over the ethics of mine warfare did not end in 1865.

Dr. Rutherford, who is known worldwide for his decades of work in the landmine discipline, brings together primary and other research from archives, museums, and battlefields to demonstrate that the Civil War was the first military conflict in world history to see the widespread use of such weapons. His study contributes to the literature on one of the most fundamental, contentious, and significant modern conventional weapons. According to careful estimates, by the early 1990s, landmines were responsible for more than 26,000 deaths each year worldwide.

America’s Buried History traces the development of landmines from their first use before the Civil War, to the early use of naval mines, through the establishment of the Confederacy’s Army Torpedo Bureau, the world’s first institution devoted to developing, producing, and fielding mines in warfare. As Dr. Rutherford demonstrates, landmines transitioned from “tools of cowards” and “offenses against democracy and civilized warfare” to an accepted form of warfare.

“Masterfully researched and eloquently written, Rutherford’s volume is destined to become a classic study of one of the most horrific weapons ever utilized during the Civil War—landmines. From technological discussions, to employment in combat, and examination of the physical and emotional toll land mines took on soldiers victimized by them, this book provides the most comprehensive analysis ever produced on the topic. Rutherford’s splendid study is critical reading for those seeking a deeper understanding of the manner in which technology impacted our nation’s most tumultuous moment and the men who fought in it.” - Jonathan A. Noyalas, Director, Shenandoah University's McCormick Civil War Institute

“Ken Rutherford…a professor, champion of human rights, and landmine survivor . . . explores an important subject for the first time. This book is a MUST for military history buffs! A thrilling and chilling read. I highly recommend it.”  - His Royal Highness Prince Mired Raad Al-Hussein, UN Special Envoy for Landmine Prohibition Treaty

“America’s Buried History is a compelling and exhaustive exploration of a deadly weapon—the anti-personal landmine—introduced for the first time on a broad scale in the American Civil War. Landmines would eventually cost the lives and limbs of hundreds of thousands of people around the world, which ultimately resulted in the prohibition by most countries. This book is an absorbing eye-opening history that combines insightful political decisions, military history, technical details, and biographies.” - Jody Williams, Nobel Peace Price Laureate (1997) and Chair, Nobel Women's Initiative

“By combining his love of learning, fascination with history, dedication to helping innocent victims of war, and near-death in Somalia from a landmine explosion that ultimately claimed both legs, Ken Rutherford has written a riveting account of the use of these indiscriminate weapons during our own Civil War. Like today, landmines were an inexpensive weapon used to terrorize the enemy and inflicted terrible injuries and death. Usually triggered by the victim, they can remain active long after a war ends, and today’s casualties are often civilians, like Ken. America’s Buried History: Landmines in the Civil War reminds us of the immeasurable sacrifice of those who fought a century and a half ago, and of how, despite all the technological advances, much of what made war hell back then remains true today.” - U.S. Senator Patrick Leahy

"Meticulously documented, this unusual book added to my knowledge of the Civil War and undoubtedly will do so for other readers." - Midwest Book Review

"A novel new study of an important topic rarely discussed in depth while at the same time reframing interpretation of some very familiar Civil War campaigns and strategic thinking." - The Historian's Manifesto

“The author makes a substantial contribution to understanding this interesting and relevant topic, including facts related to his personal life and what has occurred in the more than 150 years since the Civil War throughout the world. Rutherford has provided fresh insights that help us understand the motivation, strategies, tensions, controversies, and triumphs that characterized the work and lives of the people found in his interesting work.” - NYMAS Review, New York Military Affairs Symposium

Ken Rutherford, Ph.D., is Professor in the Department of Political Science. He co-founded the Landmine Survivors Network and escorted Princess Diana on her last humanitarian mission to visit landmine survivors in Bosnia-Herzegovina.Rutherford was a prominent leader in the International Campaign to Ban Landmines, which won the 1997 Nobel Peace Prize. He served as Director of the Center for International Stabilization and Recovery at JMU, Peace Corps Volunteer in Mauritania, UNHCR Emergency Refugee Coordinator in Senegal, humanitarian emergency relief officer in northern Kenya and Somalia, and as Fulbright Scholar in Jordan. He holds a Ph.D. in Government from Georgetown University, and B.A. and MBA degrees from the University of Colorado, where he lettered in football and inducted into its Hall for Distinguished alumni. He currently serves on the Board of Trustees of the congressionally mandated Shenandoah Valley Battlefields Foundation, which preserves and interprets the region’s significant Civil War battlefields and related historic sites.

5 based on 3 reviews.
leave a review

This is a wonderfully written book. It explores a little known aspect of the American Civil War and ties into the modern era. Ken takes you through his own experience with landmines and then those of the soldiers. It is an in-depth study of the use and destruction of these infernal machines.

America’s Buried History brought some very interesting things to my attention many of which I was only vaguely familiar or didn’t know at all. One of those is that both the Union and Confederate command structure at the beginning of the war considered mines to be immoral and not an acceptable way in which war was to be conducted. However, after the Confederates used land torpedoes (landmines) during the Peninsula Campaign, Confederate leadership embraced their use as a necessity of their war effort. That flip-flop not only was unpopular with Union forces, but some Confederate leaders never really got on board. Federal leaders maintained their disdain and moral judgement about them throughout the Civil War. The American Civil War was the first war in history dedicated to the widespread use of victim-activated landmines. Whereas I had always considered them to be a universal and widely used instrument of war, that is simply a myth. This dubious distinction of the Confederacy is, in part, understandable when one considers that until the outbreak of the Civil War, the South did not have weapons development capacity. As the coastal blockade employed by the North became more effective with the passage of time, the heavy reliance on imported weaponry was less reliable. That led to the adoption of “infernal machines”. Another fact was more of a personal realization that from a strategic framework, mines are defensive weapons. They are used to prevent or delay enemy advances on surface routes (roads, fields or pathways) and in waterways (bays, rivers or bayous). Since the North was primarily on the offensive, defensive weapons became the natural choice for the Southern military. The two types of torpedoes, victim-activated and command controlled was never clear. Although I had heard of the former both on land and sea, the later was less well known. Certainly, the deployment of victim-activated mines made it less likely that Confederates would be injured or caught and subsequently hung. Moreover, many more of them could be deployed on the same ground. The method of clearing landmines employed by Union forces was not so much surprising as it was chilling. Employing Confederate prisoners to dig up torpedoes is one thing. But, using prisoners of war either on foot or in wagons to lead the Union army down roads suspected of having been mined is quite another. And, if civilians were suspected of having been involved in the fabrication or deployment of mines, they too could be used to dismantle or activate mines. Moreover, civilians would likely suffer their homes and outbuildings being destroyed. Finally, although technological advances have changed over the decades, the tactical use has not. Consider the innumerable deaths and injuries suffered at the hands of IEDs in the Mideast. The horrendous legacy of Confederate landmines remains one of the challenges for all humanity in the twenty-first century. This is an excellent chronicle, carefully researched and well-told. Every Civil War enthusiast should read this work to gain a perspective many do not yet have.

I purchased America&#039;s Buried History in order to prepare myself for Professor Rutherford&#039;s visit to our Civil War Round Table. As a resident of Wilmington, NC, I was especially interested in the use of mines (torpedoes) at Fort Fisher during the Civil War. I was not disappointed. Professor Rutherford has written a superb account of mine warfare in that conflict, and Savas Beatie has published another beautiful volume.