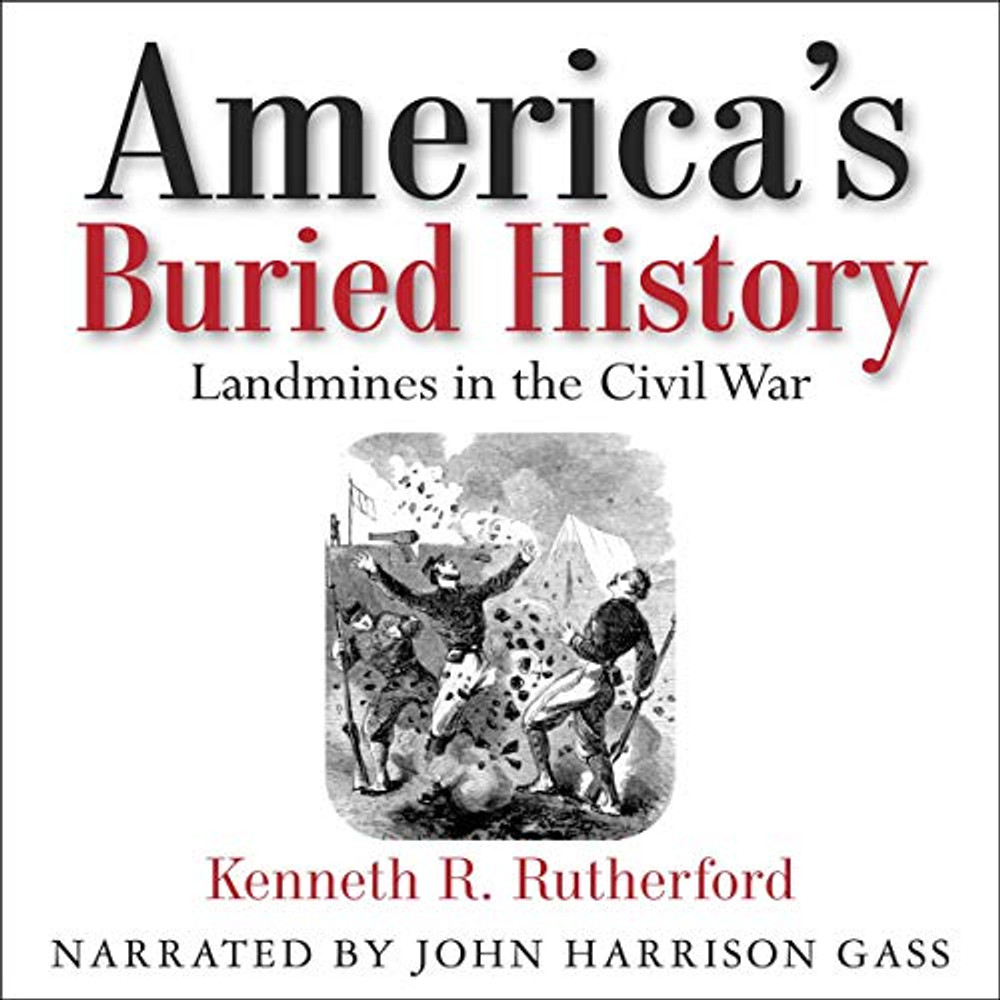 Despite the thousands of books published on the American Civil War, one aspect that has never received the in-depth attention it deserves is the use of landmines and their effect on the war and beyond. Kenneth R. Rutherford rectifies this oversight with America’s Buried History: Landmines in the Civil War, the first book devoted to a comprehensive analysis and history of the fascinating and important topic of landmines.

Modern mechanically fused high explosive and victim-activated landmines were used for the first time in the world’s history on a widespread basis in the American Civil War. The first American to die from a victim-activated landmine was on the Virginia peninsula in early 1862 during the siege of Yorktown. The controversial weapon, which was concealed on or beneath the ground, was built for one purpose: to kill or maim enemy troops. The weapon was the brainchild of Confederate General Gabriel J. Rains, who had experimented with explosive booby traps in Florida two decades earlier during the Seminole Wars. By the end of the war in 1865, some 2,000 “Rains mines” had been built and deployed in the field around Richmond. Simultaneously, other Confederate officers and soldiers also developed a sundry of landmine varieties, including command controlled and victim activated, across the Confederacy.

The Confederacy abandoned common practices in favor of innovative approaches that would help them overcome the significant deficits in materiel and manpower. The South’s reliance on these weapons pushed the limits of nineteenth century technology against a backdrop of a deteriorating military situation, setting off explosive debates inside the Confederate government and within the ranks of the army over the ethics of using “weapons that wait.” As the Confederacy’s fortune dissipated, its military leaders sought creative ways to fight, including leveraging low-cost weapons with minimal material inputs. This became an important factor in the increased support and attention landmines received from Confederate leaders. As the Civil War progressed, Southern military men continued to develop landmines with technological ingenuity adapted to local circumstances. Confederate soldiers manufactured landmines and also configured spur-of-the-moment landmines in a relatively ad hoc manner, often recycling unexploded Union ammunition. These debates over the ethics of mine warfare did not end in 1865.

Dr. Rutherford, who is known worldwide for his decades of work in the landmine discipline, brings together primary and other research from archives, museums, and battlefields to demonstrate that the Civil War was the first military conflict in world history to see the widespread use of such weapons. His study contributes to the literature on one of the most fundamental, contentious, and significant modern conventional weapons. According to careful estimates, by the early 1990s, landmines were responsible for more than 26,000 deaths each year worldwide.

America’s Buried History traces the development of landmines from their first use before the Civil War, to the early use of naval mines, through the establishment of the Confederacy’s Army Torpedo Bureau, the world’s first institution devoted to developing, producing, and fielding mines in warfare. As Dr. Rutherford demonstrates, landmines transitioned from “tools of cowards” and “offenses against democracy and civilized warfare” to an accepted form of warfare.