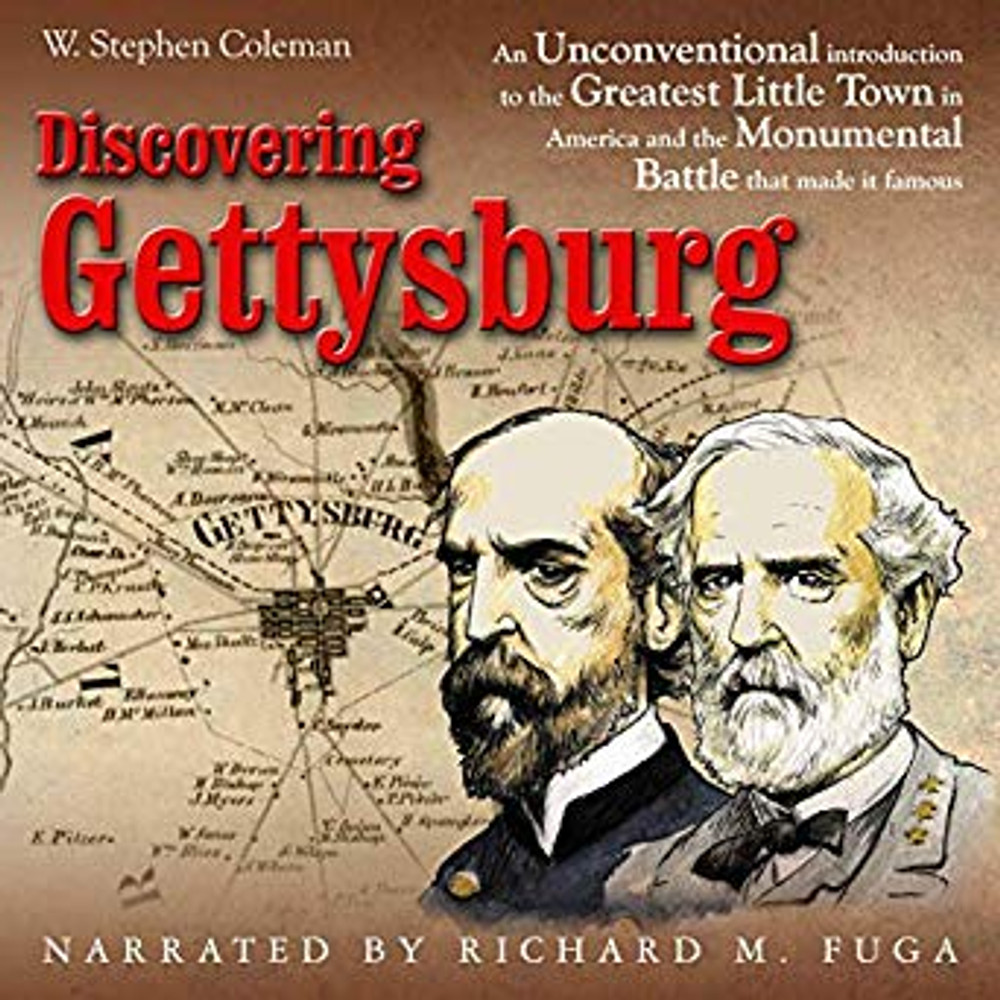 AUDIO - Discovering Gettysburg: An Unconventional Introduction to the Greatest Little Town in America and the Monumental Battle that Made it Famous

Does any other single word in any language invoke so much passion, and angst, enthusiasm, and sadness, as do those 10 letters? But what is Gettysburg, exactly? I am almost embarrassed to say I discovered the answer to that question - or at least approached an answer - only late in life.

Of course, Gettysburg is a small charming city nestled in south-central Pennsylvania, but in so many ways it beggars description. For about half the year its streets are mainly empty, its businesses quiet, the weather cold and blustery. For the other months, however, the place literally teems with hundreds of thousands of visitors, bustling streets and shops, and more than a handful of unique larger-than-life characters whose fan base spans the globe.

And then there is the battle - the event - of the Civil War. The battle that raged there during the first days of July 1863 at the price of more than 50,000 casualties decided much (just how much depending upon who you believe) and forever stamped that place with its passion and angst and enthusiasm and its lingering, forever sadness. Its monuments and guns and plaques tell the story of the colossal clash of arms and societies, just as its National Cemetery bears silent witness to at least part of the cost of that bloody event.

And somehow this "greatest little town in America," this mammoth battle, its influential characters (living and dead), its deep meaning and profound influence on our society largely escaped me for nearly six decades. That ended a couple years ago when I finally paid a visit. My journey from the uninitiated to the fully converted only took a short time, but I felt compelled to pen my experiences as they unfolded. And so you hold in your hands Discovering Gettysburg: An Unconventional Introduction to the Greatest Little Town in America and the Monumental Battle that Made It Famous.

In it, you will visit with me a host of famous and off-the-beaten-path places on the battlefield, explore the historic town of Gettysburg as it is today, chat with some of the town's fascinating "resources," and follow along, as I did, with some of the most engaging storytelling I have ever had the pleasure of hearing. And nowhere inside will you be bothered with footnotes or stumble your way through academic mumbo jumbo. Thankfully, my friend and award-winning cartoonist Tim Hartman agreed to provide the magnificent maps and outstanding caricatures that grace this book.

Discovering Gettysburg is, I fully admit, rather unconventional. But so is the place, the event, and the experience of that hallowed ground.

Discovering Gettysburg: An Unconventional Introduction to the Greatest Little Town in America and the Monumental Battle that Made It Famous