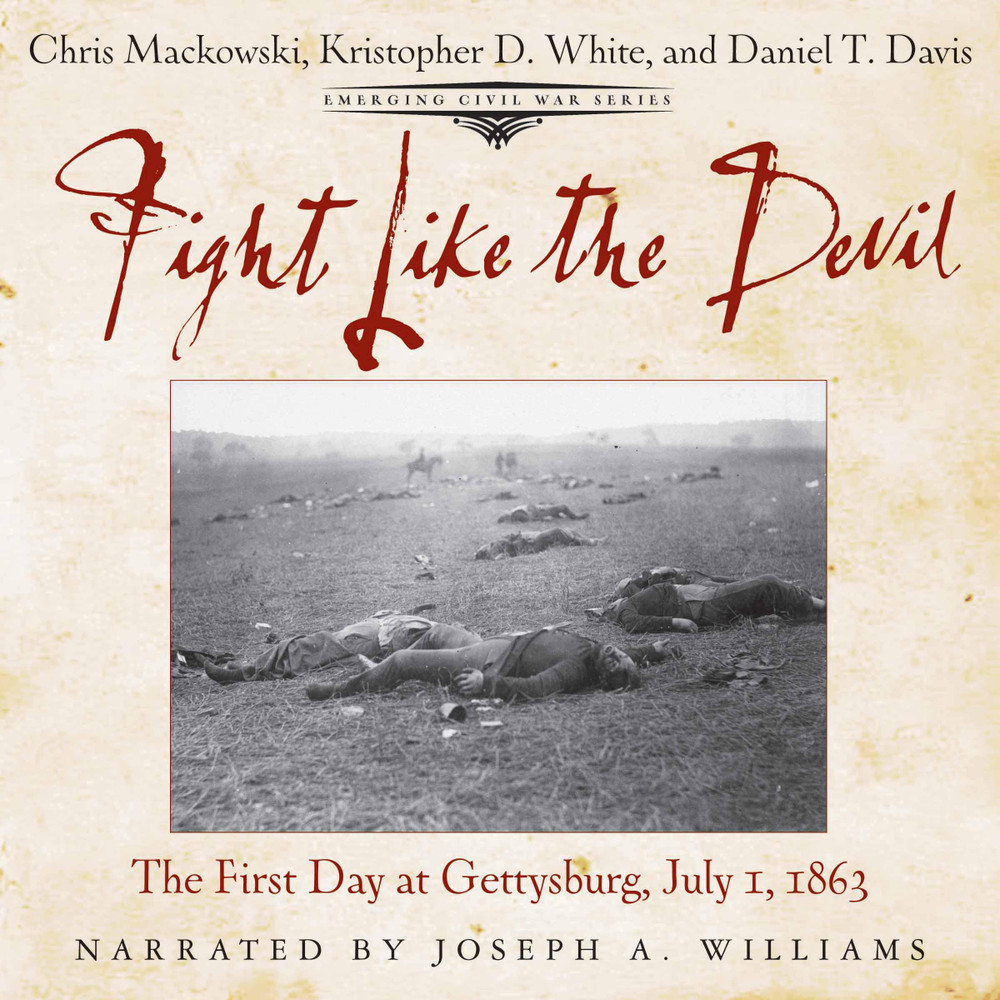 Do not bring on a general engagement, Confederate General Robert E. Lee warned his commanders. The Army of Northern Virginia, slicing its way through south-central Pennsylvania, was too spread out, too vulnerable, for a full-scale engagement with its old nemesis, the Army of the Potomac. Too much was riding on this latest Confederate invasion of the North. Too much was at stake.

As Confederate forces groped their way through the mountain passes, a chance encounter with Federal cavalry on the outskirts of a small Pennsylvania crossroads town triggered a series of events that quickly escalated beyond Lee’s—or anyone’s—control. Waves of soldiers materialized on both sides in a constantly shifting jigsaw of combat. “You will have to fight like the devil . . .” one Union cavalryman predicted.

The costliest battle in the history of the North American continent had begun.

July 1, 1863 remains the most overlooked phase of the battle of Gettysburg, yet it set the stage for all the fateful events that followed.

Bringing decades of familiarity to the discussion, historians Chris Mackowski and Daniel T. Davis, in their always-engaging style, recount the action of that first day of battle and explore the profound implications in Fight Like the Devil.