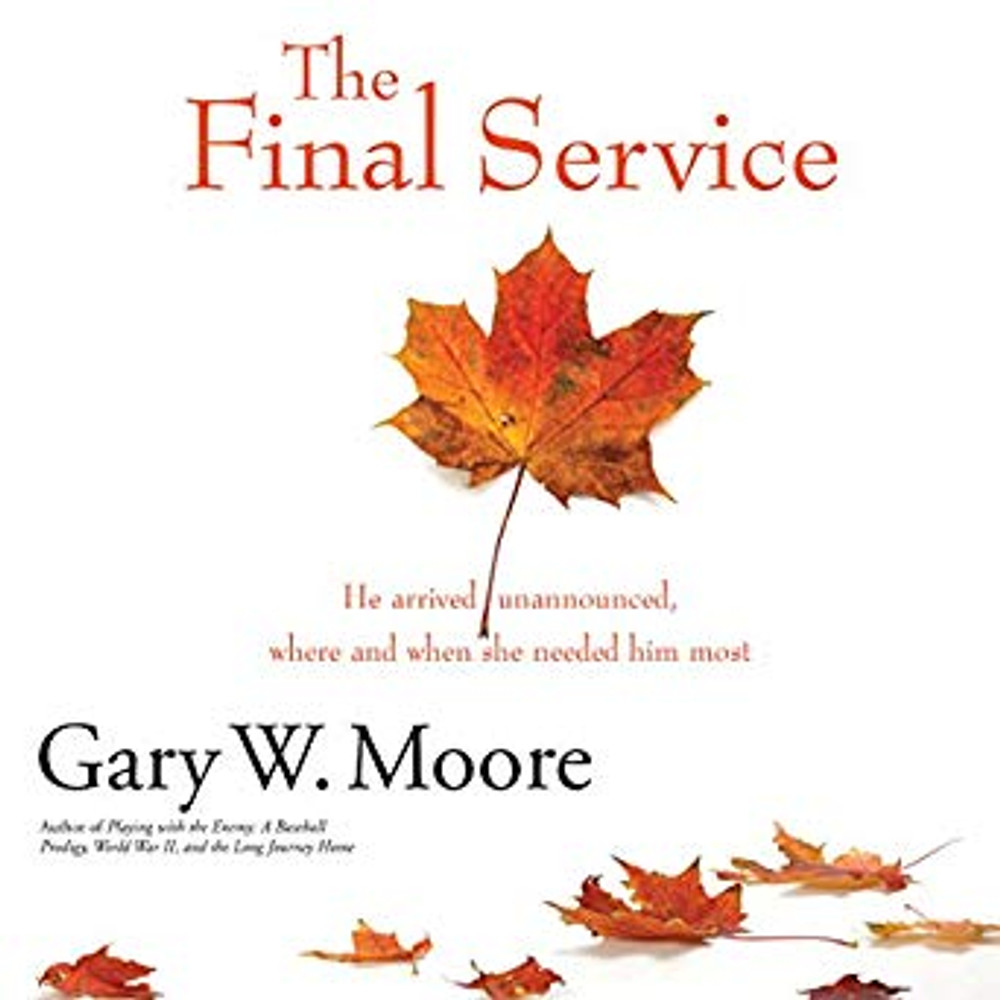 “He arrived unannounced, where and when she needed him most . . .”

Forty-year-old Sandy Richards is a successful music teacher, wife, and mother living a comfortable middle class life in a small Midwestern town. But behind her warm smile and easy laugh is a heavy burden she cannot release.

During her childhood, Sandy (or “Shadow” as just about everyone knew her) was inseparable from her larger-than-life father, a World War II hero she adored. Sandy followed him everywhere, hung on his every word, and loved him with all her heart as only a young child can. Sometimes loving him was more difficult than others, especially when he was there and then he was gone—right in front of her eyes without ever leaving the house.

For reasons she would not fully understand until many years later, something went horribly wrong and their relationship fractured, seemingly forever, when her father died of lung cancer on one long hot summer evening. His passing left Shadow alone to “sort through his warehouse of junk,” an old storage facility jammed with emotions so overwhelming they balanced her on the edge of suicide. Then, when and where she needed him most, a stranger entered her life. And everything changed once more.

Inspired by real events, The Final Service offers a riveting story about human nature, emotional abandonment, and how unfulfilled dreams left a middle-aged woman on the brink of personal destruction until one event forever altered the core of her belief system and her life. It is a story of faith, family, and forgiveness, and the realization that forces larger and more powerful than ourselves are at work in our lives in ways we are unable to fully understand.

"Gary W. Moore has a knack for telling our stories. Whether it's a dream interrupted in Playing with the Enemy or a personal journey of discovery in Hey Buddy, Moore tells us about ourselves while writing about others. Never is that more true than in The Final Service, where a father's misunderstood love nearly tears his daughter apart. Love doesn't always come in the shape we expect. If we're lucky, we realize that before it's too late." -- Steve Bertrand WGN Radio, host of Steve Bertrand on Books

"A poignant story of redemption, the power of forgiveness, and the wisdom that comes later in life when we see our parents as they really are." -- Regine Schlesinger, WBBM Radio, Chicago

"The Final Service is a song of pain and grief and life and death. Author Gary W. Moore highlights the impact of war not only on the combatants themselves but on their families. Decades of sorrow, loss, and guilt erode human connections, but loyalty, understanding, and memory are the magical ties that reach beyond the grave. The parable of Sandy and her father Tom celebrates the complexities of love. Bravo to Gary for touching my crusty old heart." -- Joyce Faulkner, the award-winning author of In the Shadow of Suribachi and Windshift, and former President of Military Writers of America

"A compelling and endearing story about what matters most in a time when it matters most of all." -- James Riordan, author of Break on Through: The Life & Death of Jim Morrison

"The Final Service is an engaging read! As the son of a disabled World War Two vet, I readily related to some of Shadow's issues. My dad was my first hero, despite the limitations that came with a wooden leg, and like Shadow, my dad was also taken way too soon. I was glad she found the answers she'd been unknowingly seeking." -- Steve Rondinaro, former TV news anchor and longtime on-air host of Drum Corps International World Championship

"The Final Service, with love, compassion, and forgiveness at its core, is a poignant and emotionally powerful story that will touch your heart and your soul." -- Pamela M. Powell, Film Critic, reelhonestreviews.com

"How do you evaluate your parents? When we are children, we know nothing (or not enough to deal with it rationally) of the adult world. Whatever slights come our way can be magnified ten-fold. Do we remember the 100 trips to Little League games, or the one game when dad failed to show? Gary W. Moore's The Final Service also pays homage to our veterans, post-traumatic stress disorder, and our understanding of how to treat it. I read The Final Service in a single evening and did not want it to end. It is thoroughly satisfying with a wonderful message everyone should read and understand." -- Phil Angelo, Kankakee Daily Journal

"In The Final Service, Gary W. Moore reminds us why he's methodically laying claim to the designation of 'America's Storyteller.' Life, in Moore's various works, is never easy, but it's the journey that makes life worthwhile. He celebrates our foibles and our indiscretions through his characters by turning the mirror on ourselves so we better realize our own traits as we witness them in others. The Final Service is about all of us. We just don't realize that until we finish the last page." -- Michael Boo, Staff Writer, Drum Corps International