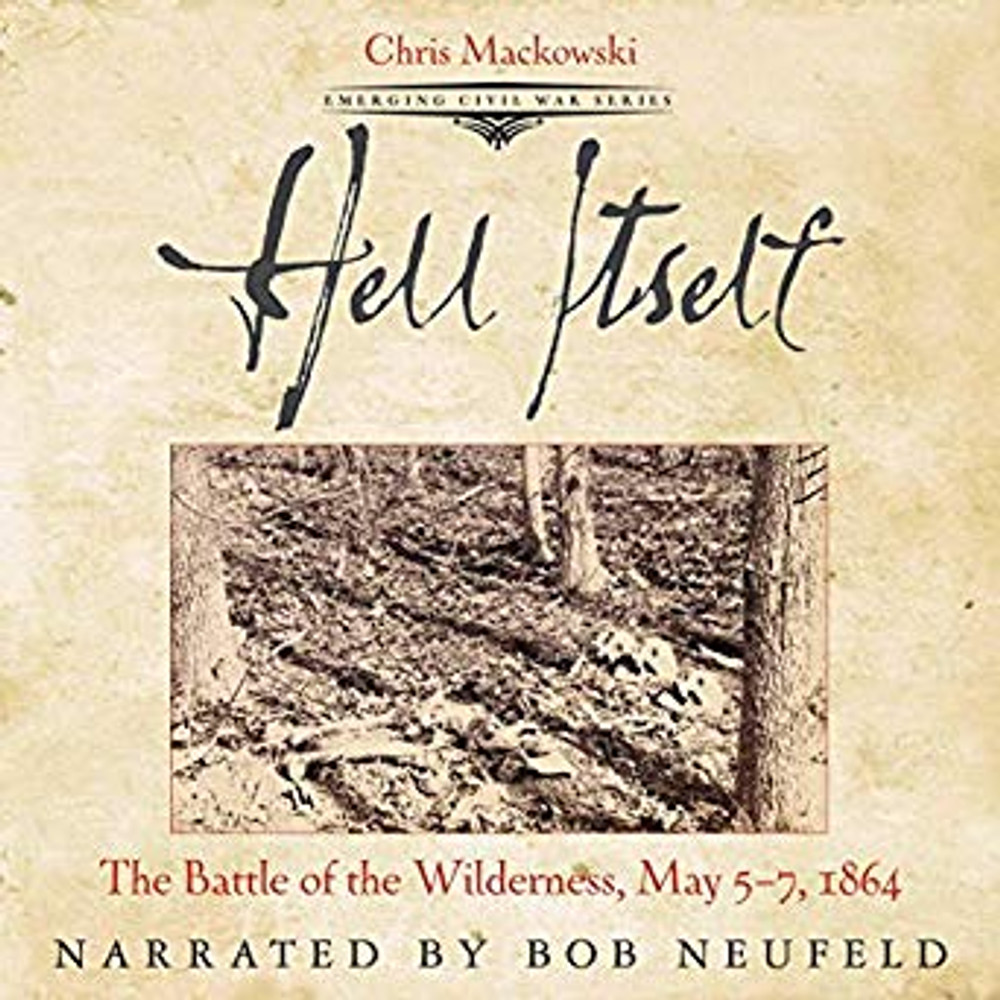 Soldiers called it one of the “waste places of nature” and “a region of gloom”—the Wilderness of Virginia, seventy square miles of dense, second-growth forest known as “the dark, close wood.”

“A more unpromising theatre of war was never seen,” said another.

Yet here, in the spring of 1864, the Civil War escalated to a new level of horror.

With the forest itself burning around them, men died by the thousands. The armies bloodied each other without mercy and, at times, without any semblance of order. The brush grew so dense, and the smoke hung so thick, men could not see who stood next to them—or in front of them. “This, viewed as a battleground, was simply infernal,” a Union soldier later said.

It was, said another, “hell itself.”

Driven by desperation, duty, confusion, and fire, soldiers on both sides marveled that anyone might make it out alive.

For more than a decade, Chris Mackowski has guided visitors across the battlefields of the Overland Campaign. Now in Hell Itself  he invites readers of the Emerging Civil War Series to join him in the Wilderness—one of the most storied battlefields of the entire Civil War.