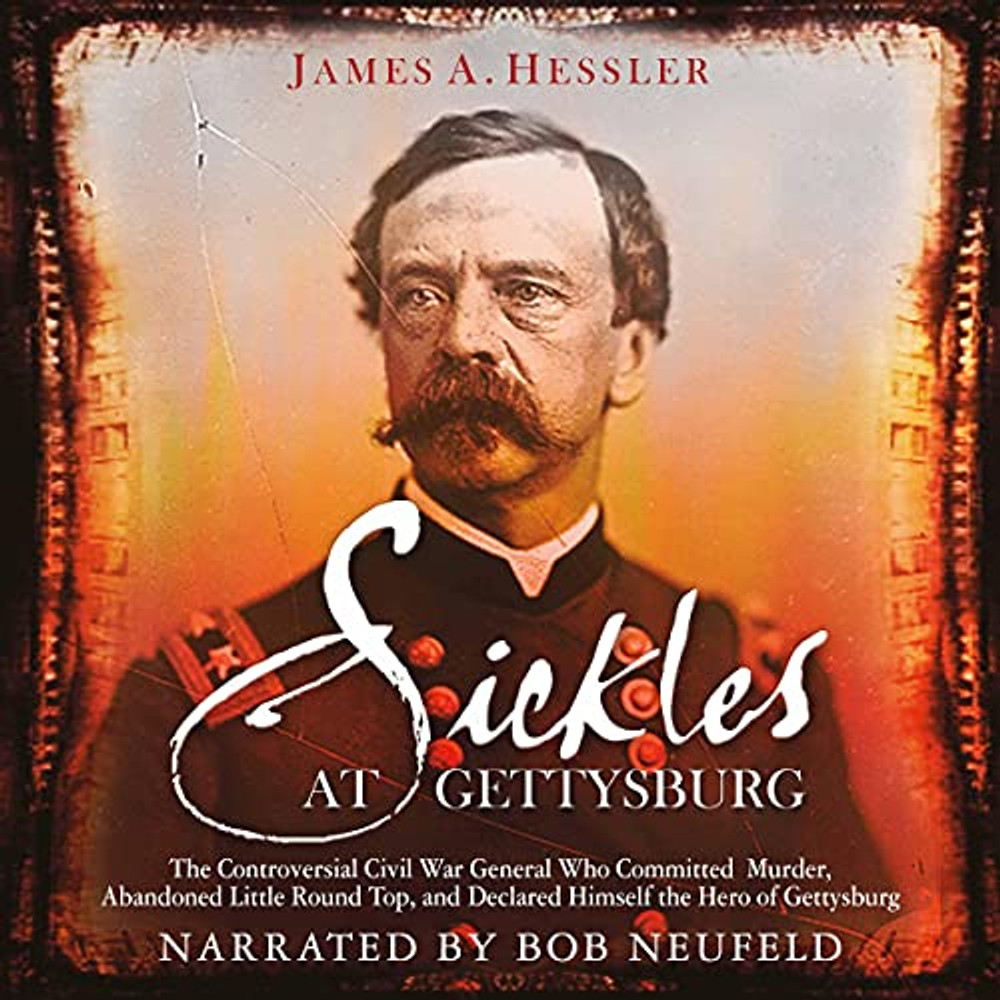 Sickles at Gettysburg: The Controversial Civil War General Who Committed Murder, Abandoned Little Round Top, and Declared Himself the Hero of Gettysburg, by licensed battlefield guide James Hessler, is the most deeply-researched, full-length biography to appear on this remarkable American icon. And it is long overdue.

Hessler’s critically acclaimed biography is a balanced and entertaining account of Sickles’ colorful life. Civil War enthusiasts who want to understand General Sickles’ scandalous life, Gettysburg’s battlefield strategies, the in-fighting within the Army of the Potomac, and the development of today’s National Park will find Sickles at Gettysburg a must-listen.