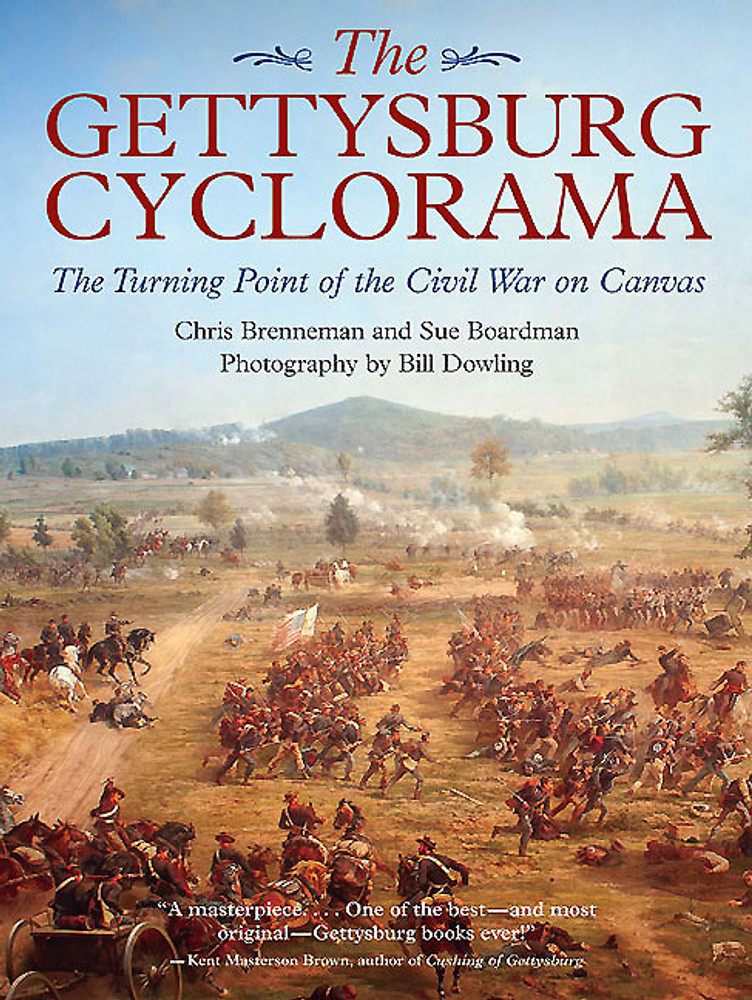 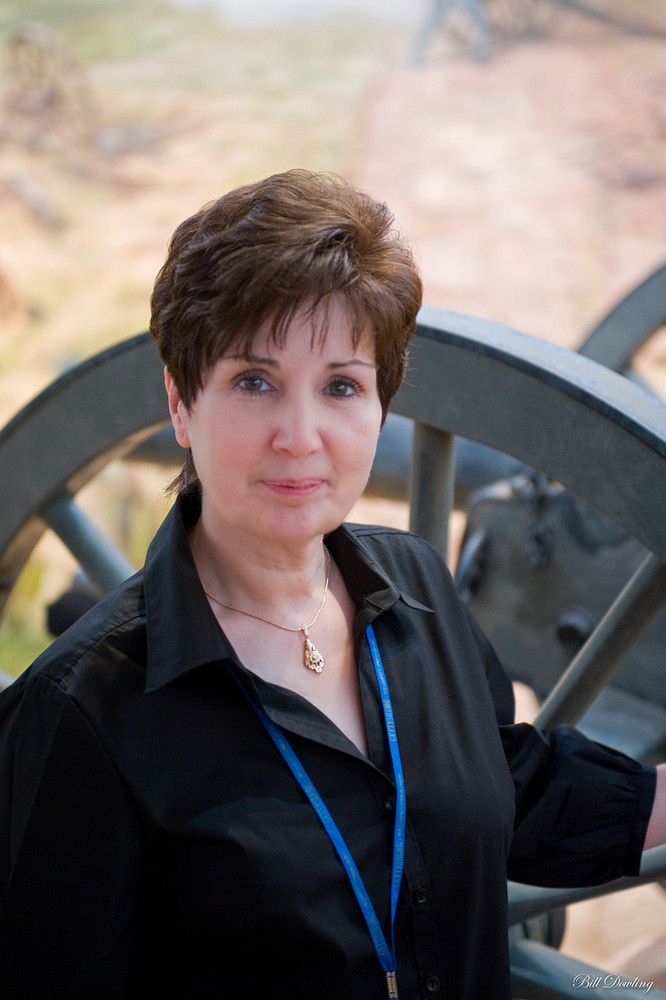 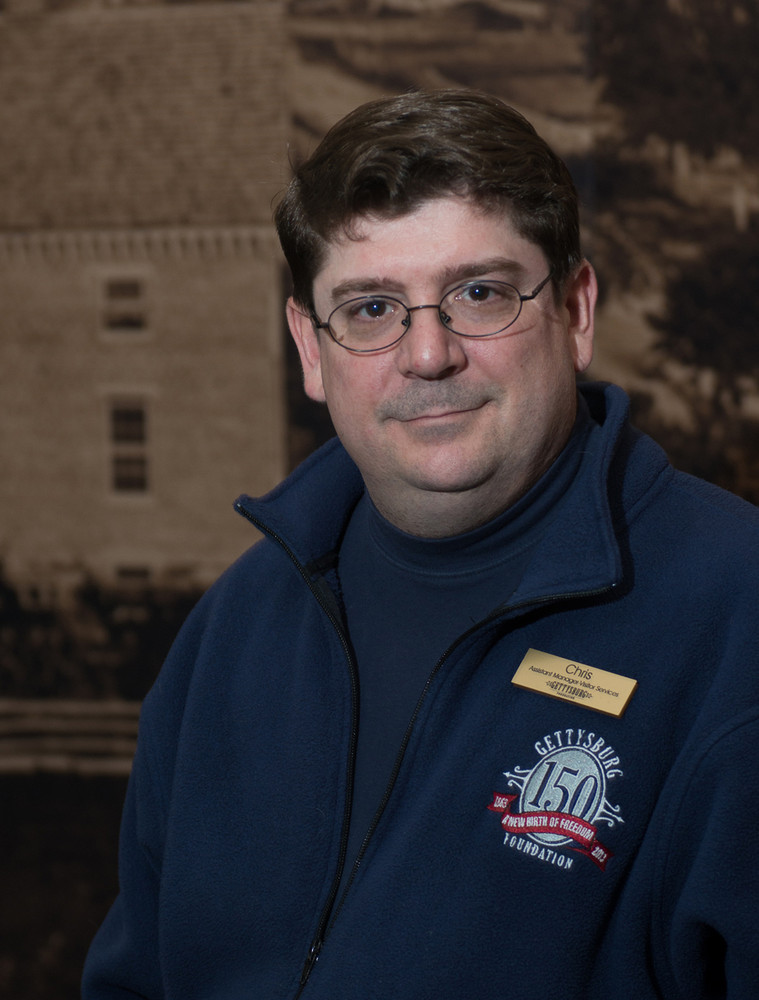 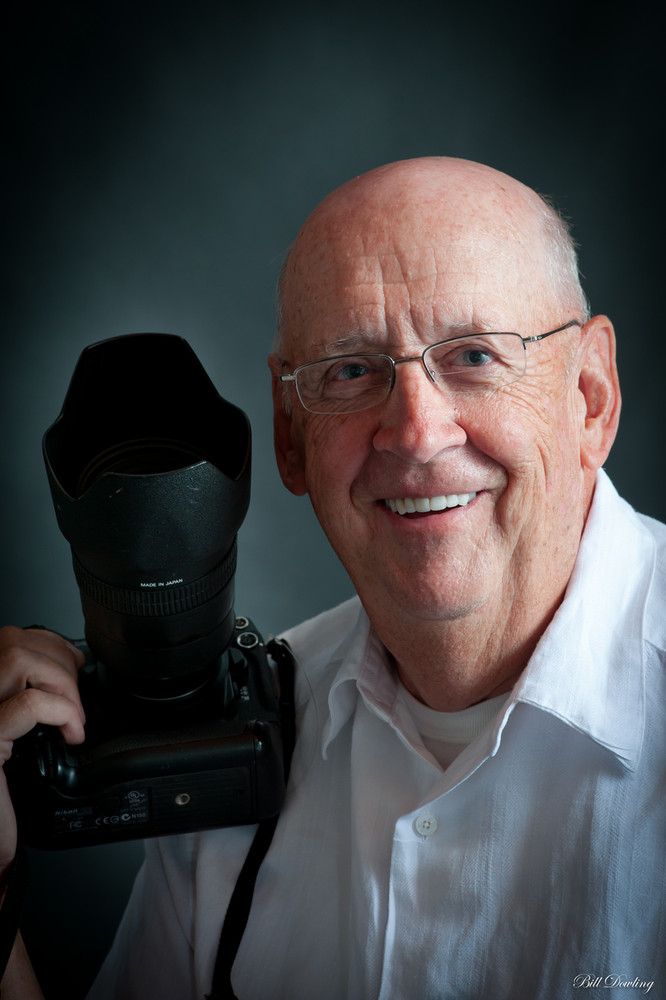 Thousands of books and articles have been written about the Battle of Gettysburg. Almost every topic has been thoroughly scrutinized except one: Paul Philippoteaux’s massive cyclorama painting The Battle of Gettysburg, which depicts Pickett’s Charge, the final attack at Gettysburg. The Gettysburg Cyclorama: The Turning Point of the Civil War on Canvas is the first comprehensive study of this art masterpiece and historic artifact.

This in-depth study of the history of the cyclorama discusses every aspect of this treasure, which was first displayed in 1884 and underwent a massive restoration in 2008. Coverage includes not only how it was created and what it depicts, but the changes it has undergone and where and how it was moved. Authors Chris Brenneman and Sue Boardman also discuss in fascinating detail how the painting was interpreted by Civil War veterans in the late 19th Century.

With the aid of award-winning photographer Bill Dowling, the authors utilized modern photography to compare the painting with historic and modern pictures of the landscape. Dowling’s remarkable close-up digital photography allows readers to focus on distant details that usually pass unseen. Every officer, unit, terrain feature, farm, and more pictured in the painting is discussed in detail. Even more remarkable, the authors reveal an important new discovery made during the research for this book: in order to address suggestions from the viewers, the cyclorama was significantly modified five years after it was created to add more soldiers, additional flags, and even General George Meade, the commander of the Union Army!

With hundreds of rare historic photographs and beautiful modern pictures of a truly great work of art, The Gettysburg Cyclorama: The Turning Point of the Civil War on Canvas is a must-have for anyone interested in the Battle of Gettysburg or is simply a lover of exquisite art.

"For generations, millions of Gettysburg’s visitors have experienced ‘Pickett’s Charge’ through the canvas of Paul Philippoteaux’s massive Cyclorama. But the full story of the painting’s creation, restoration, and ongoing interpretation has never before been fully told. Authors Chris Brenneman and Sue Boardman, along with photographer Bill Dowling, have used their behind the scenes access to create a colorful and lively guide that will appeal to Gettysburg students, scholars, and lovers of fine art.”" (James A. Hessler, Gettysburg Licensed Battlefield Guide, author of Sickles at Gettysburg (2009) and Pickett’s Charge at Gettysburg (2015))

“The Gettysburg Cyclorama of Pickett’s Charge by Paul Philippoteaux is the most famous and iconic work of art about the battle.This beautifully illustrated and superbly researched book is quite simply the most thorough exploration of the painting’s fascinating history and subject matter ever written.” (D. Scott Hartwig, former Supervisory Historian for Gettysburg National Military Park, and the author of To Antietam Creek:The Maryland Campaign of September 1862)

“Few works of art are more important or more fascinating than the Gettysburg Cyclorama, Paul Philippoteaux’s mammoth painting documenting ‘Pickett’s Charge’ on the afternoon of July 3, 1863. Here, for the first time, Gettysburg Licensed Battlefield Guides Chris Brenneman, Sue Boardman, and Bill Dowling examine every detail of this epic painting, including its restoration in the early 2000s, the changes made to it, and the politics, history, and accuracy behind its fascinating detail. Scores of photographs in both color and black and white enhance this book―which is a must-read for anyone interested in the Battle of Gettysburg and how it is remembered.” (Eric J.Wittenberg,award-winning author of Gettysburg’s Forgotten Cavalry Actions(Savas Beatie, 2011) and The Devil’s to Pay: John Buford at Gettysburg:A History andWalking Tour (Savas Beatie, 2014))