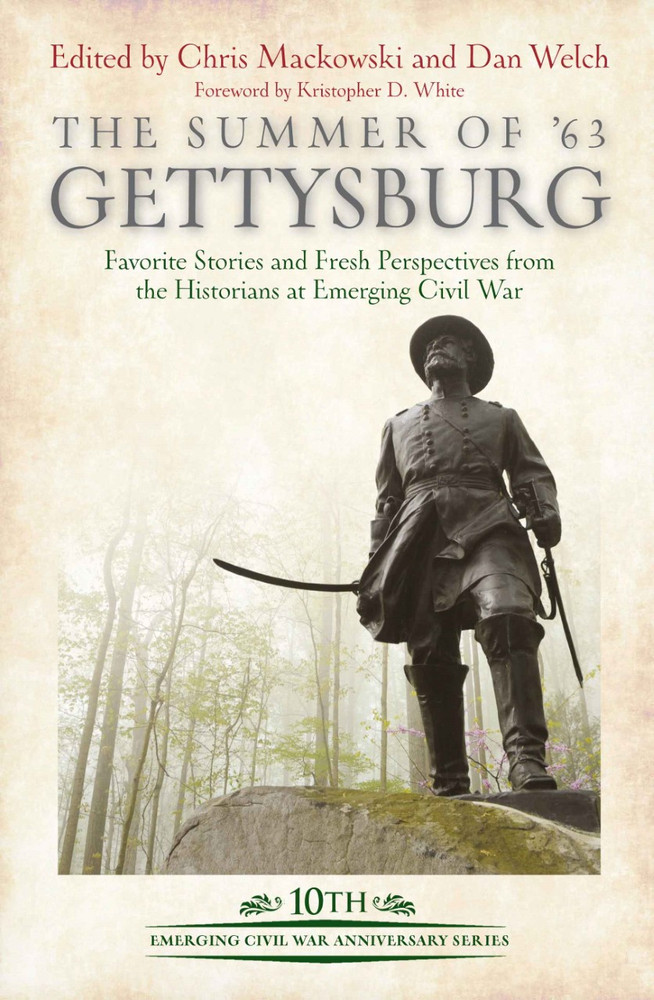 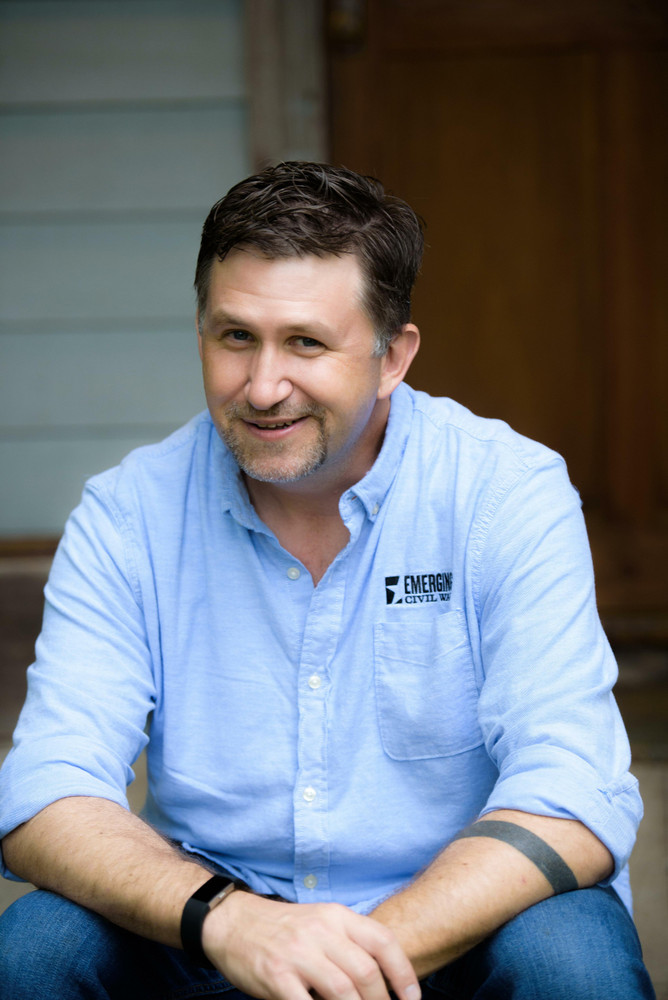 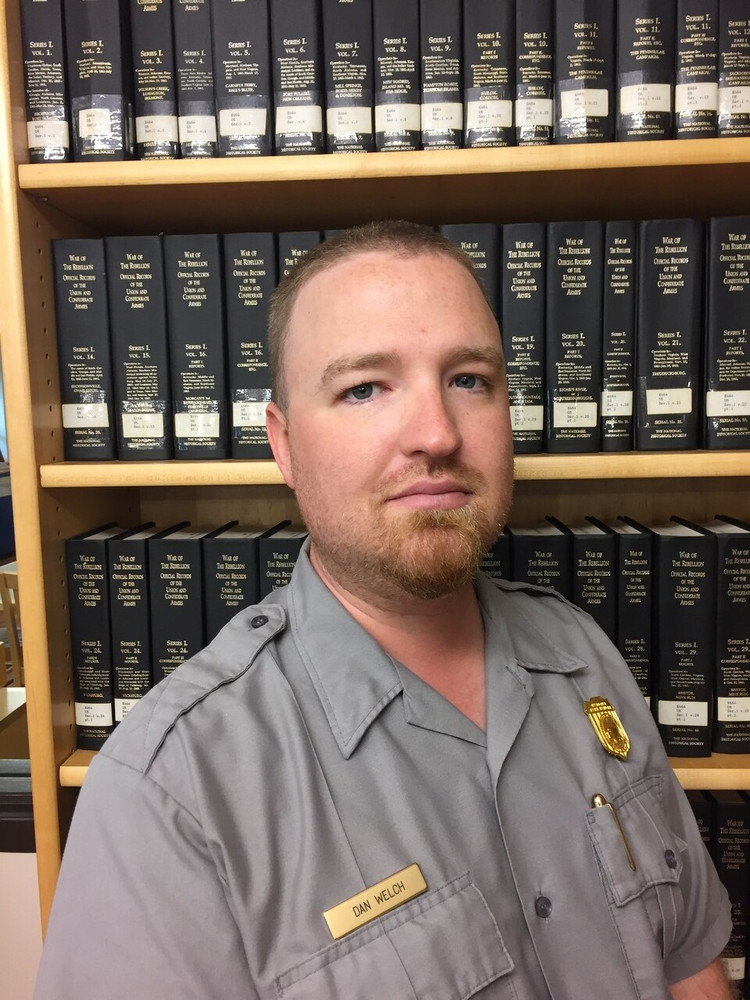 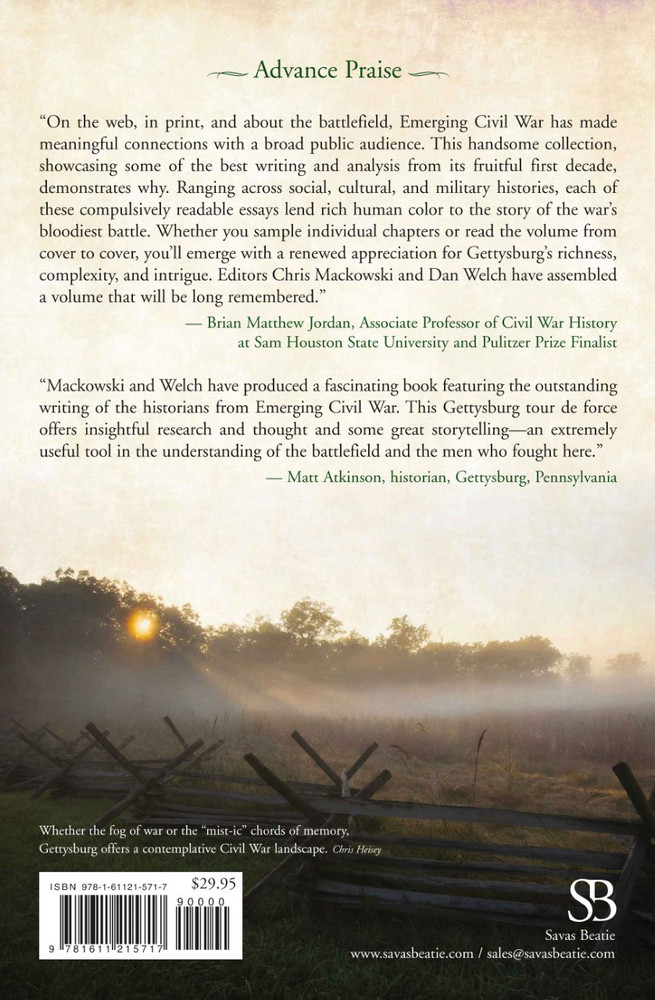 Gettysburg, the largest land battle on the North American continent, has maintained an unshakable grip on the American imagination.

Building on momentum from a string of victories that stretched back into the summer of 1862, Robert E. Lee launched his Confederate Army of Northern Virginia on an invasion of the North meant to shake Union resolve and fundamentally shift the dynamic of the war. His counterpart with the Federal Army of the Potomac, George Meade, elevated to command just days before the fighting, found himself defending his home state in a high-stakes battle that could have put Confederates at the very gates of the nation’s capital.

The public historians writing for the popular Emerging Civil War blog, speaking on its podcast, or delivering talks at the annual Emerging Civil War Symposium at Stevenson Ridge in Virginia always present their work in ways that engage and animate audiences. Their efforts entertain, challenge, and sometimes provoke readers with fresh perspectives and insights born from years of working at battlefields, guiding tours, presenting talks, and writing for the wider Civil War community.

The Summer of ’63: Gettysburg: Favorite Stories and Fresh Perspectives from the Historians at Emerging Civil War is a compilation of some of their favorites, anthologized, revised, and updated, together with several original pieces. Each entry includes original and helpful illustrations.

This important study, when read with its companion volume The Summer of ’63: Vicksburg and Tullahoma, contextualizes the major 1863 campaigns in what arguably was Civil War’s turning-point summer.

"The Summer of ’63 is an outstanding read for anyone interested in the Civil War and Gettysburg in particular, offering innovative and thoughtful ideas on seemingly well covered events." - NYMAS Review

The Summer of '63: Vicksburg and Tullahoma: Favorite Stories and Fresh Perspectives from the Historians at Emerging Civil War