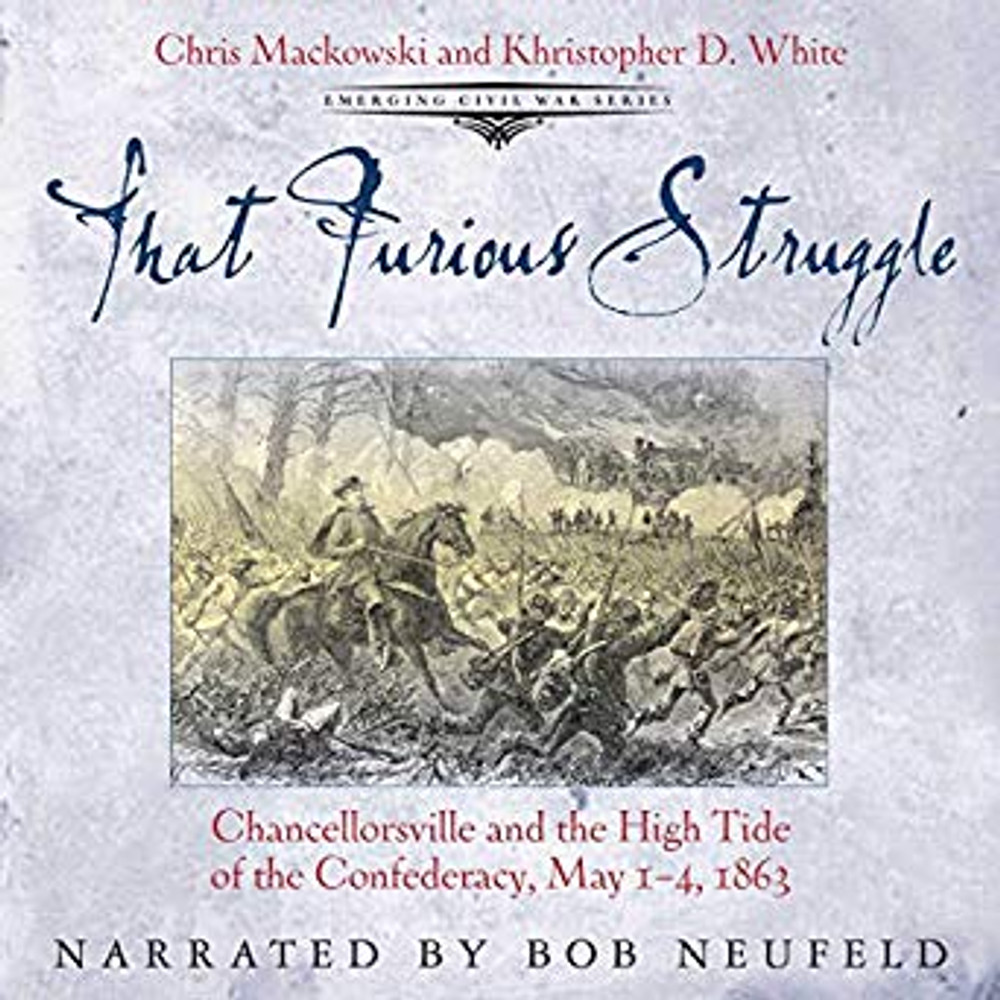 It has been called Robert E. Lee's supreme moment: riding into the Chancellorsville clearing...the mansion itself aflame in the background...his gunpowder-smeared soldiers crowding around him, hats off, cheering wildly.

After one of the most audacious gambits of the war, Lee and his men had defeated a foe more than two and half times their size. The Federal commander, "Fighting Joe" Hooker, had boasted days earlier that his plans were perfect - yet his army had crumbled, and Hooker himself had literally been knocked senseless.

History would remember the battle of Chancellorsville as "Lee's Greatest Victory."

But Confederate fortunes had reached their high tide. Never again would fortune favor Lee the way it did at Chancellorsville - even though the war continued another two years.

That Furious Struggle: Chancellorsville and the High Tide of the Confederacy recounts the story of the Army of Northern Virginia's last offensive battlefield victory - a tale of triumph and tragedy that includes that second-bloodiest day of the Civil War; the mortal wounding of one of Confederacy's greatest icons, Stonewall Jackson; and the bold leadership of the man known as "audacity itself."

Told in the highly readable style that has become the hallmark of the Emerging Civil War Series, That Furious Struggle contains more than 150 modern and historical photos, outstanding maps, and an insider's perspective of the battlefield as told by historians who intimately know the ground and the battle.

The Struggle for the Bliss Farm at Gettysburg, July 2nd and 3rd, 1863