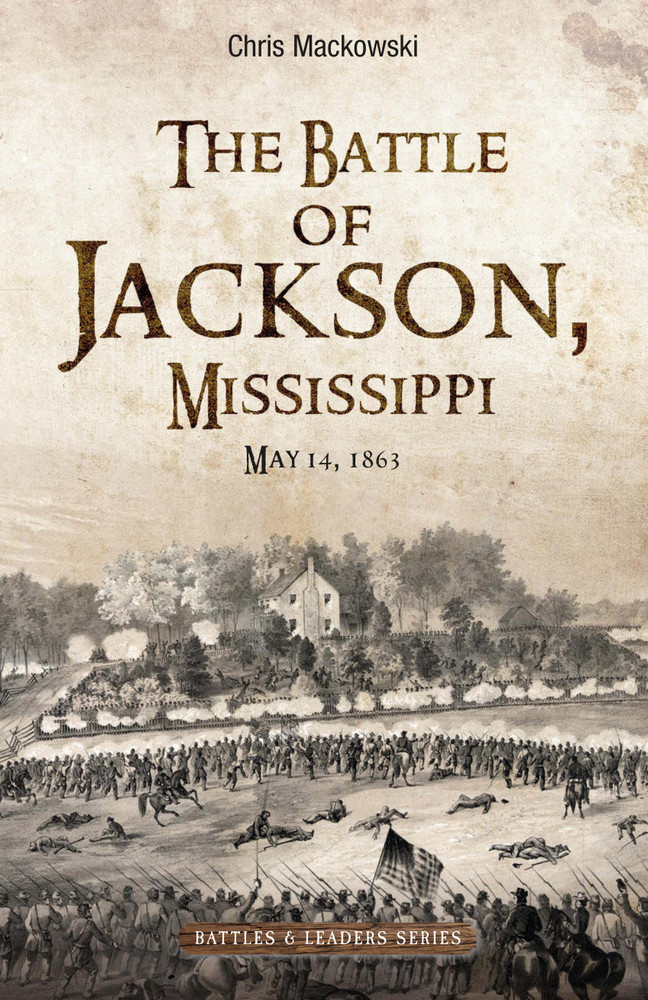 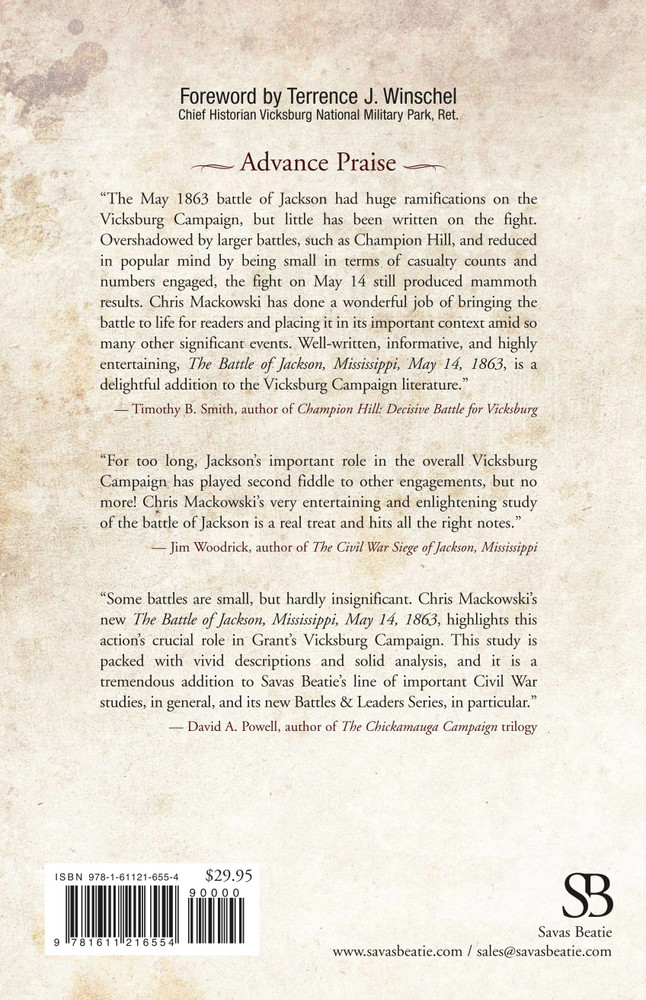 Click HERE to read the full Foreword, Introduction, and Chapter 1!

Jackson, Mississippi, played an important role in the decisive Vicksburg Campaign and was the third Confederate state capital to fall to the Union when Maj. Gen. Ulysses S. Grant captured the important rail junction in May of 1863. Drawing on dozens of primary sources and contextualized by the latest scholarship, Chris Mackowski’s The Battle of Jackson, Mississippi, May 14, 1863, offers the most comprehensive account ever published on the subject.

General Grant had his eyes set not on Jackson but on Vicksburg, the “Gibraltar of the Confederacy,” the invaluable prize that had eluded him for the better part of a year. After several failures, he marched south on the far side of the Mississippi River and crossed into the Magnolia State to approach Vicksburg from the south. As he drove through the interior of the state, a chance encounter with a small Confederate force at Raymond alerted Grant to a potential threat massing farther east in Jackson under Gen. Joseph E. Johnston, one of the Confederacy’s most respected field officers. Jackson was a vital transportation and communications hub and a major industrial center. Its fall would remove vital logistical support for the Southern army holding Vicksburg and block future reinforcement attempts.

Grant turned on a dime and made for the capital to confront the growing danger, unaware that Johnston was already planning to abandon the city. The Southern general’s behavior has long puzzled historians, and some believe his stint in Jackson was the nadir of his long career. The loss of Jackson isolated Vicksburg and set the stage for a major confrontation a few days later at Champion Hill, one of the most decisive battles of the entire war. The capital’s fall demonstrated that Grant could march into Jefferson Davis’s home state and move about with impunity.

This well-written and deeply researched account is a welcome addition to the campaign literature and the second book in Savas Beatie’s new Battles & Leaders Series.

Chris Mackowski, Ph.D., is the editor in chief and a co-founder of Emerging Civil War, and he’s the managing editor of the Emerging Civil War Series published by Savas Beatie. Chris is a writing professor in the Jandoli School of Communication at St. Bonaventure University, where he also serves as the associate dean for undergraduate programs, and is the historian-in-residence at Stevenson Ridge, a historic property on the Spotsylvania Court House battlefield.

Chancellorsville’s Forgotten Front: The Battles of Second Fredericksburg and Salem Church, May 3, 1863