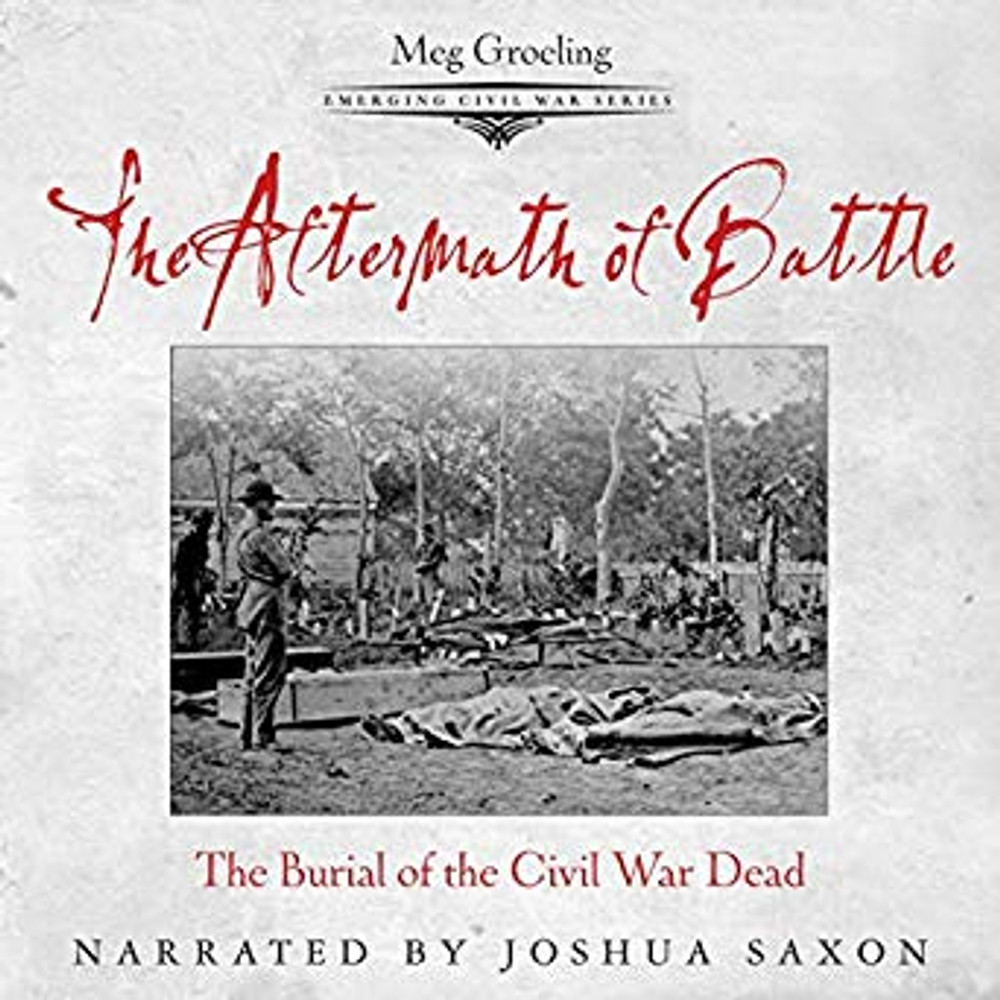 The clash of armies in the American Civil War left hundreds of thousands of men dead, wounded, or permanently damaged. Skirmishes and battles could result in casualty numbers as low as one or two and as high as tens of thousands. The carnage of the battlefield left a lasting impression on those who experienced or viewed it, but in most cases the armies quickly moved on to meet again at another time and place. When the dust settled and the living armies moved on, what happened to the dead left behind?

Unlike battle narratives, The Aftermath of Battle: The Burial of the Civil War Dead picks up the story as the battle ends.

The burial of the dead was an overwhelming experience for the armies or communities forced to clean up after the destruction of battle. In the short-term action, bodies were hastily buried to avoid the stench and the horrific health concerns of massive death; in the long-term, families struggled to reclaim loved ones and properly reinter them in established cemeteries.

Visitors to a battlefield often wonder what happened to the dead once the battle was over. In this easy-to-read overview that will complement any Civil War library, author Meg Groeling provides a look at the aftermath of battle and the process of burying the Civil War dead.

The Aftermath of Battle is part of the Emerging Civil War Series offering compelling, easy-to-read overviews of some of the Civil War’s most important stories. The masterful storytelling is richly enhanced with hundreds of photos and illustrations.

Meg Groeling is a contributing writer for the blog Emerging Civil War. A writer, teacher, and curriculum developer since 1987, she has taught at both the elementary and middle school levels for more than thirty years. She graduated from California State University, Long Beach with a B.A. in liberal studies and has been involved in continuing education for her entire career; she is currently a master’s candidate at American Public University, majoring in military history with a Civil War emphasis. She lives in Hollister, California, in a lovely 1928 bungalow covered with roses outside and books inside.