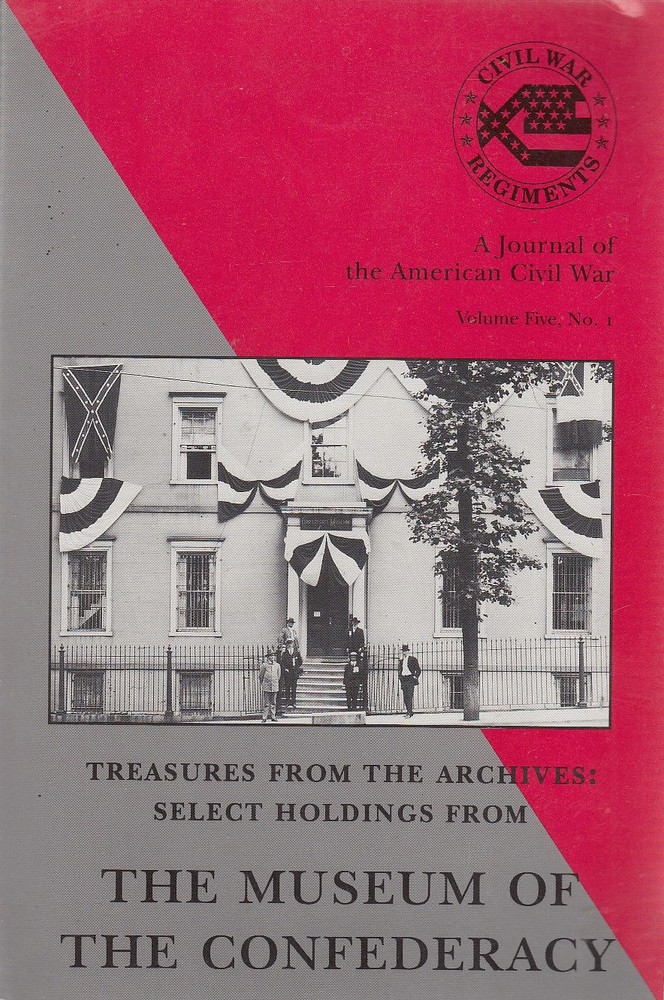 Civil War Regiments Vol. 5, No. 1: The Museum of the Confederacy Collection

THE MUSEUM OF THE CONFEDERACY COLLECTION

“The Sun Never Shined on a Braver and Truer Set of Soldiers: The 14th Tennessee Infantry Regiment,” by Sgt. Robert T. Mockbee;

“What I Know I Know, and I Dare Express It: The History of the 40th Georgia Infantry in the Vicksburg Campaign,” by Maj. Raleigh S. Camp

“In the Field and on the Town with the Washington Artillery,” edited by John Coski