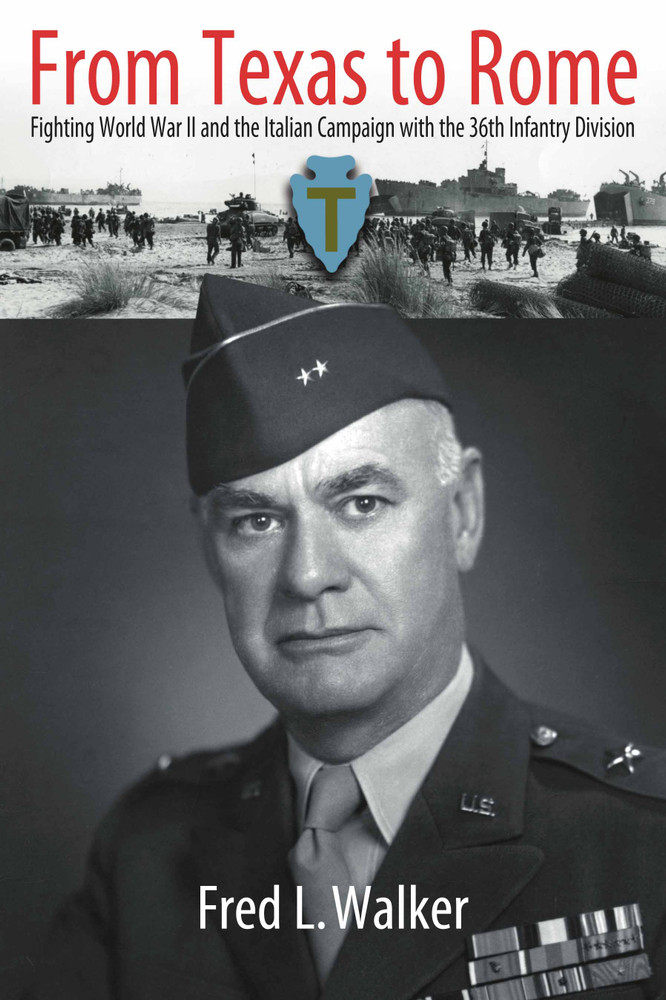 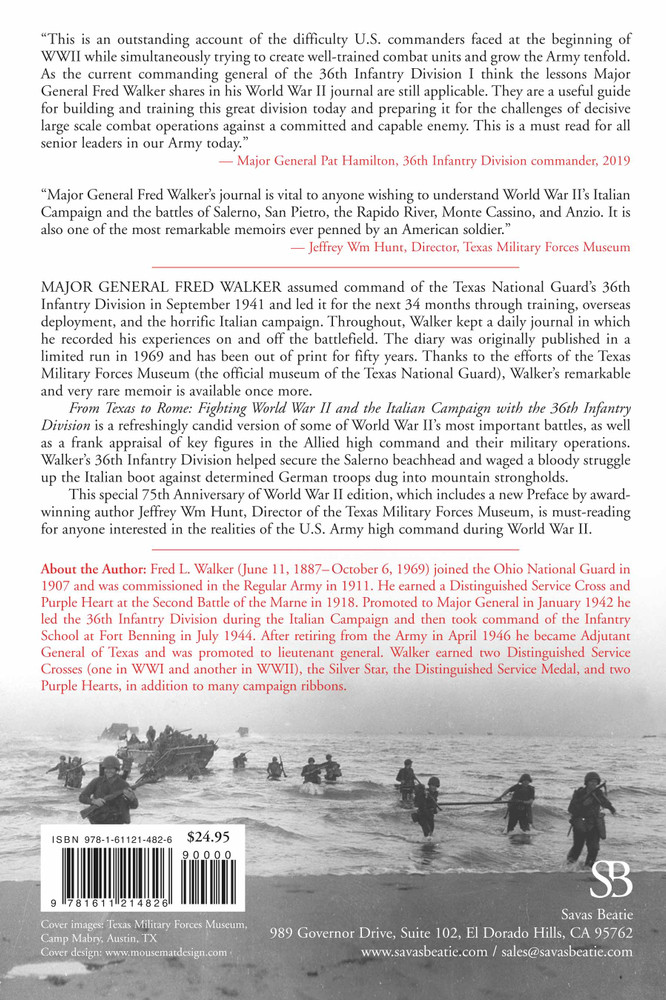 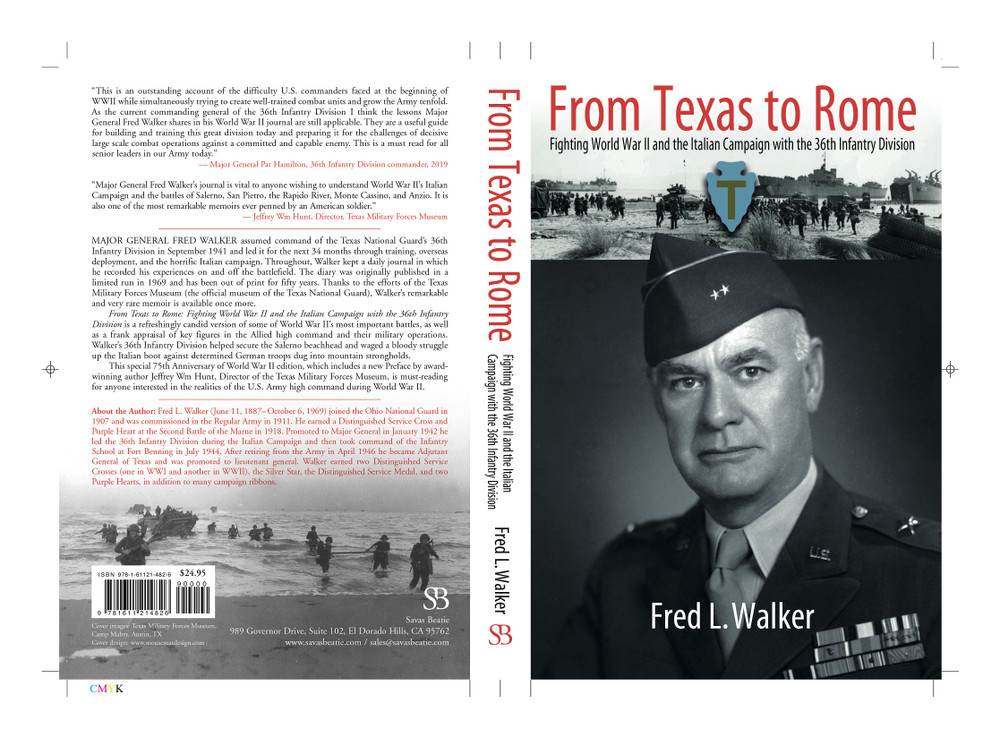 EXCERPT: Foreword to the 2021 Edition

Major General Fred Walker assumed command of the Texas National Guard’s 36th Infantry Division in September 1941. He led it for the next 34 months through training, overseas deployment, and World War II’s horrific Italian campaign. Throughout, Walker kept a daily journal in which he recorded his experiences on and off the battlefield. The diary was originally published in a limited run in 1969 and has been out of print for decades. Thanks to the efforts of the Texas Military Forces Museum (the official museum of the Texas National Guard), Walker’s remarkable and very rare memoir is available once more in From Texas to Rome: Fighting World War II and the Italian Campaign with the 36th Infantry Division.

General Walker’s wartime journal provides a refreshingly candid version of some of World War II’s most important battles, as well as a frank appraisal of key figures in the Allied high command and their military operations. Walker’s 36th Infantry Division participated in the battle to secure the Salerno beachhead and, amid horrible weather conditions, waged a bloody struggle up the Italian boot against determined German troops dug into mountain strongholds. The battles of San Pietro and Monte Cassino, the controversial attempt to cross the Rapido River, and the break out from Anzio come to life as Walker relates the difficulties he faced combating not only the Germans, but Lieutenant General Mark Clark and the Allied high command.

This unique and thoroughly gripping account puts readers at General Walker’s side as he argues against the disastrous Rapido operation, worries about his men fighting in Italy’s bitter conditions, and fights to overcome his superior’s doubts to plan and execute the daring attack on Monte Artemisio, which broke the Anzio stalemate and landed the Allies in Rome four days later.

This special 75th Anniversary of World War II reprint includes a guest Preface by award-winning author Jeffrey Wm. Hunt, Director of the Texas Military Forces Museum. From Texas to Rome is essential reading for anyone interested in the realities of the U.S. Army high command during World War II, and the truth about what happened at Salerno, the Rapido, and Anzio.

Fred L. Walker (June 11, 1887-October 6, 1969) was a native of Ohio and graduate of Ohio State University. He joined the Ohio National Guard in 1907 and gained a commission in the Regular Army in 1911. Walker earned a Distinguished Service Cross and Purple Heart at the Second Battle of the Marne during World War I. He was promoted to brigadier general in April 1941. After his distinguished World War II career, he was assigned to command the Infantry School at Fort Benning in July 1944. When he retired from the Army in April 1946, he was named Adjutant General of Texas and promoted to lieutenant general. During his long career, Walker earned two Distinguished Service Crosses (one in WWI and another in WWII), the Silver Star, the Distinguished Service Medal, and two Purple Hearts, in addition to numerous campaign ribbons.