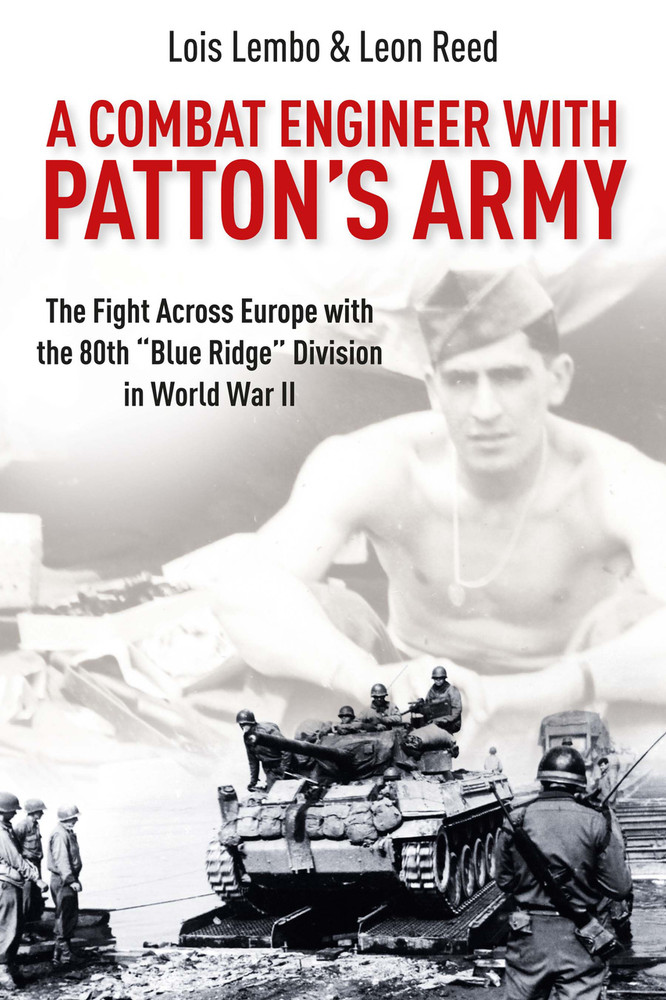 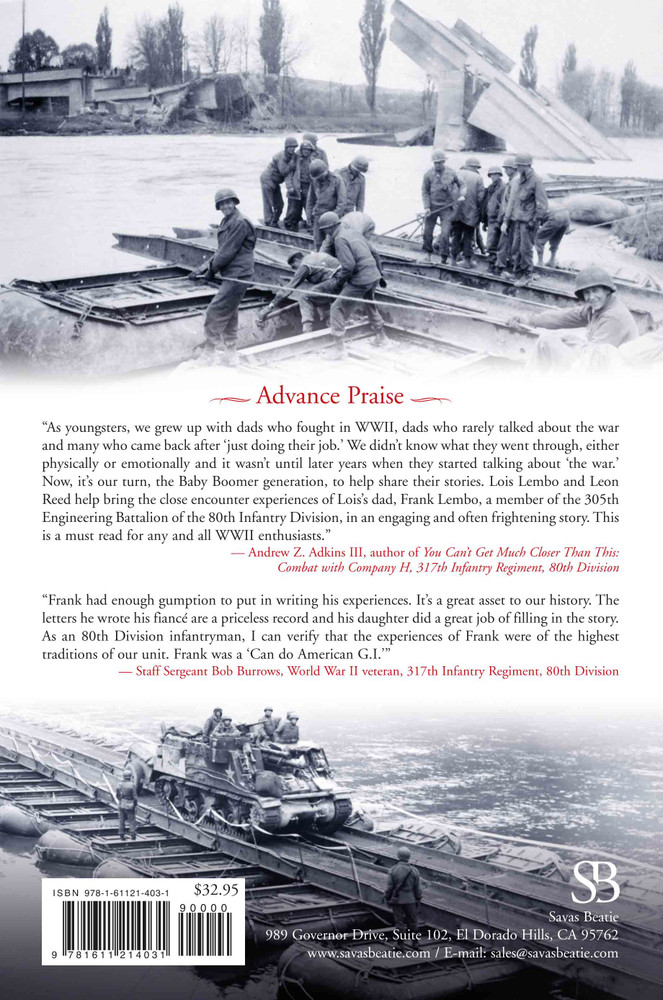 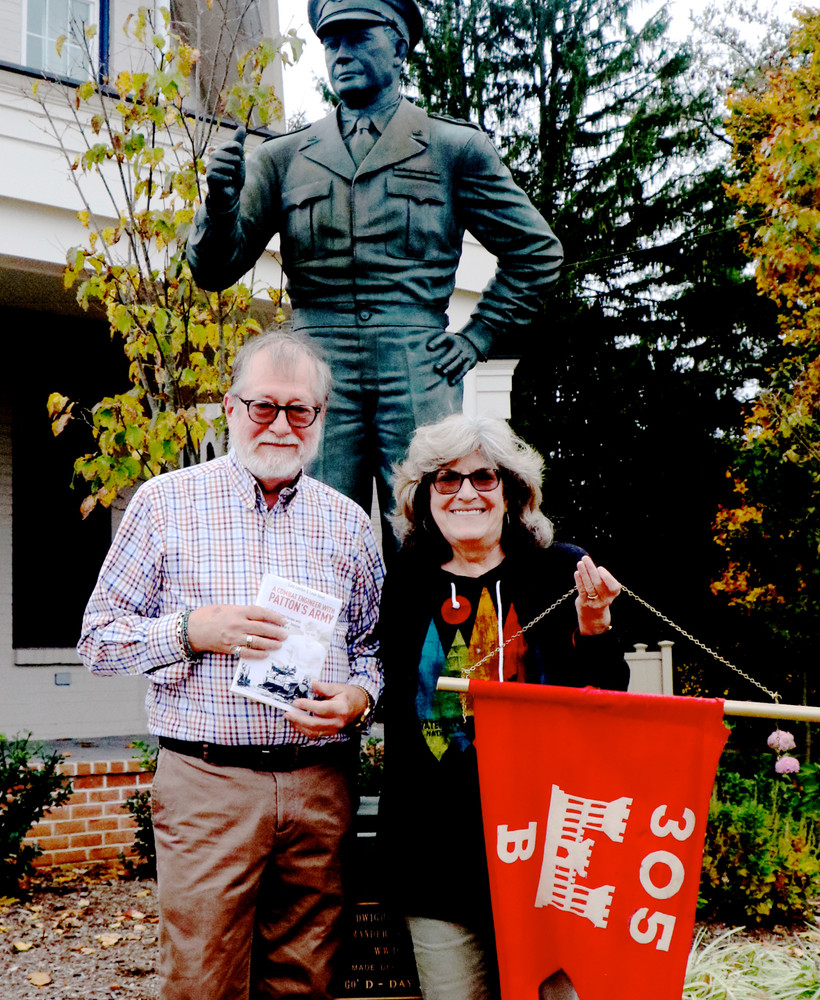 A Combat Engineer with Patton’s Army: The Fight Across Europe with the 80th “Blue Ridge” Division in World War II

George Patton is renowned for his daring tank thrusts and rapid movement, but the many rivers and obstacles his Third Army encountered crossing Europe required engineers spearheading his advance. A Combat Engineer with Patton’s Army is the untold story of Frank Lembo, one of Patton’s men who helped move the American command in the battle of Argentan in the Normandy Campaign, in the high-speed pursuit of the German Wehrmacht eastward across France, and in the brutal battles waged during the Battle of the Bulge and during the final combats along the borders of the collapsing Reich.

Throughout his time in Europe Lembo maintained a running commentary of his experiences with Betty Craig, his fiancé and future wife. This extensive correspondence provides a unique eyewitness view of the life and work of a combat engineer under wartime conditions. As a squad (and later platoon) leader, Frank and his comrades cleared mines, conducted reconnaissance behind enemy lines, built bridges, and performed other tasks necessary to support the movement of the 317th, 318th, and 319th Infantry Regiments of the Blue Ridge Division—Patton’s workhorses, if not his glamour boys.

Frank wrote about the deadly river crossings at the Moselle, Seille, and Sauer, all under enemy fire, and of the frustrating pauses when supplies were diverted. He participated in the mid-December sprint to Luxembourg and the relief provided at Bastogne during the Bulge, the liberation of concentration camps once Third Army had charged into Germany, and of their occupation duty in Bavaria. Frank’s letters go beyond his direct combat experiences to include the camaraderie among the GIs, living conditions, weather, and the hijinks that helped keep the constant threat of death at bay. His letters also worked to reassure Betty with hopeful dreams for their future together.

Including dozens of previously unpublished photographs, A Combat Engineer with Patton’s Army: The Fight Across Europe with the 80th “Blue Ridge” Division in World War II offers the rare perspective of what day-to-day warfare at the ground-level looked like in the European Theater through the eyes of one of the men spearheading the advance.
Reviews

“As youngsters, we grew up with dads who fought in WWII, dads who rarely talked about the war and many who came back after ‘just doing their job.’ We didn’t know what they went through, either physically or emotionally and it wasn’t until later years when they started talking about ‘the war.’ Now, it’s our turn, the Baby Boomer generation, to help share their stories. Lois Lembo and Leon Reed help bring the close encounter experiences of Lois’s dad, Frank Lembo, a member of the 305th Engineering Battalion of the 80th Infantry Division, in an engaging and often frightening story. This is a must read for any and all WWII enthusiasts.” - Andrew Z. Adkins III, author of You Can’t Get Much Closer Than This: Combat with Company H, 317th Infantry Regiment, 80th Division

“Frank had enough gumption to put in writing his experiences. It’s a great asset to our history. The letters he wrote his fiancé are a priceless record and his daughter did a great job of filling in the story. As an 80th Division infantryman, I can verify that the experiences of Frank were of the highest traditions of our unit. Frank was a ‘Can do American G.I.’” -  Staff Sergeant Bob Burrows, World War II veteran, 317th Infantry Regiment, 80th Division

“Combining a personal narrative with an operational history . . . certainly recommended.” — The Journal of America’s Military Past

Lois Lembo is the daughter of 80th division veteran Frank Lembo and a retired defense consultant who specialized in wargames and technology analysis. Leon Reed was a congressional aide and U.S. History teacher. They live in Gettysburg and have three children and four grandchildren.