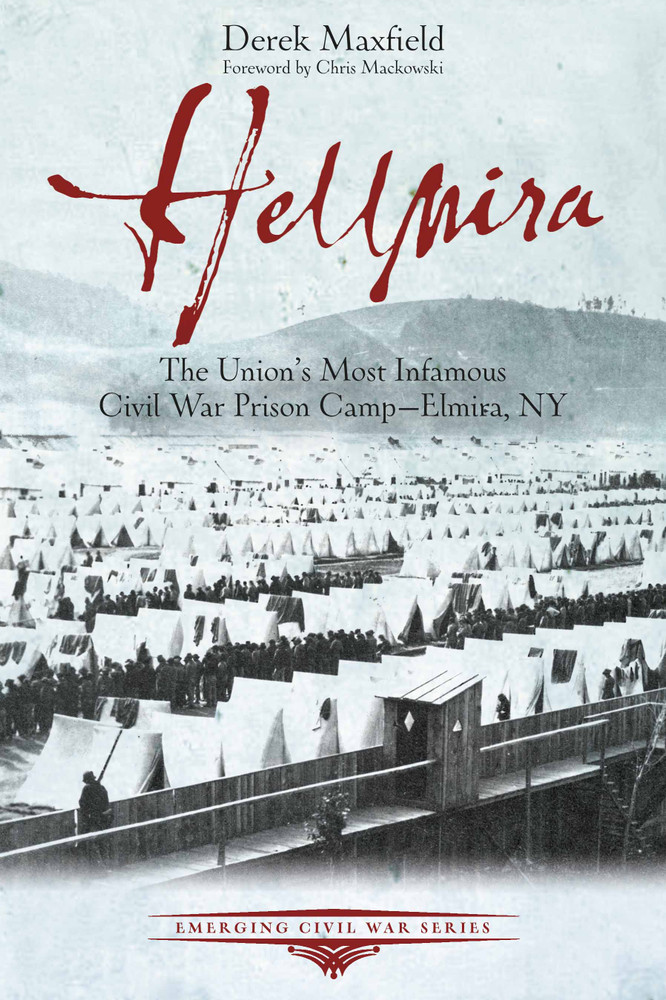 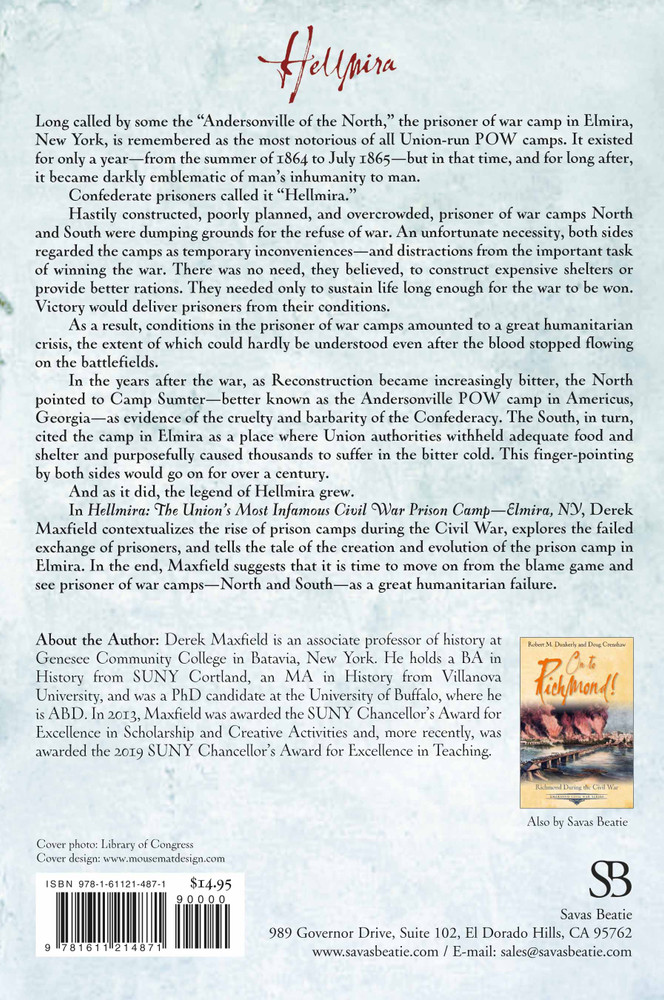 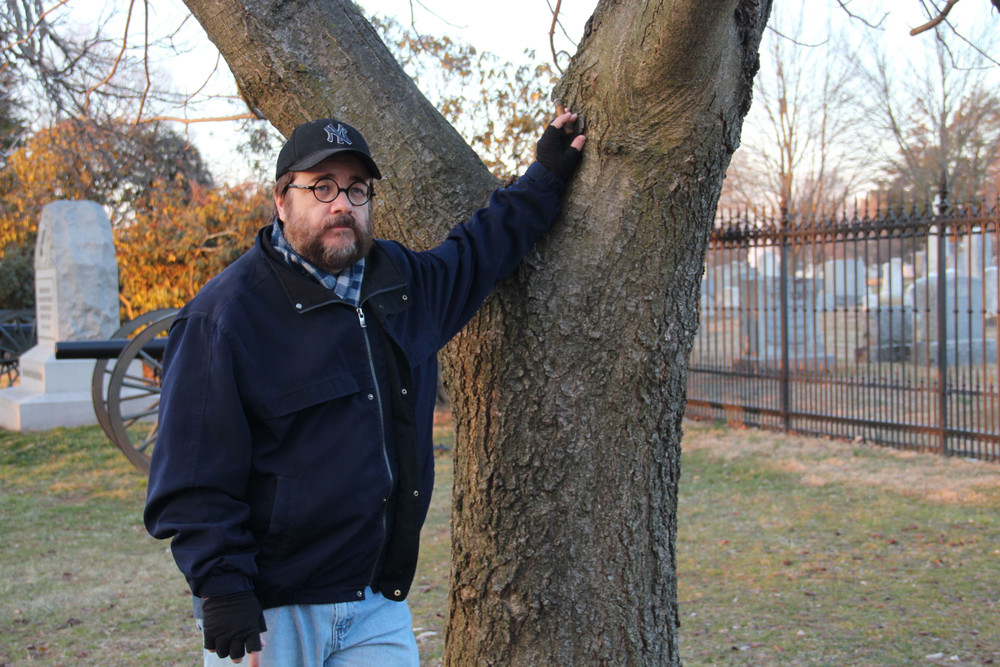 Long called by some the “Andersonville of the North,” the prisoner of war camp in Elmira, New York, is remembered as the most notorious of all Union-run POW camps. It existed for only a year—from the summer of 1864 to July 1865—but in that time, and for long after, it became darkly emblematic of man’s inhumanity to man.

Hastily constructed, poorly planned, and overcrowded, prisoner of war camps North and South were dumping grounds for the refuse of war. An unfortunate necessity, both sides regarded the camps as temporary inconveniences—and distractions from the important task of winning the war. There was no need, they believed, to construct expensive shelters or provide better rations. They needed only to sustain life long enough for the war to be won. Victory would deliver prisoners from their conditions.

As a result, conditions in the prisoner of war camps amounted to a great humanitarian crisis, the extent of which could hardly be understood even after the blood stopped flowing on the battlefields.

In the years after the war, as Reconstruction became increasingly bitter, the North pointed to Camp Sumter—better known as the Andersonville POW camp in Americus, Georgia—as evidence of the cruelty and barbarity of the Confederacy. The South, in turn, cited the camp in Elmira as a place where Union authorities withheld adequate food and shelter and purposefully caused thousands to suffer in the bitter cold. This finger-pointing by both sides would go on for over a century.

And as it did, the legend of Hellmira grew.

In Hellmira: The Union’s Most Infamous Civil War Prison Camp—Elmira, NY, Derek Maxfield contextualizes the rise of prison camps during the Civil War, explores the failed exchange of prisoners, and tells the tale of the creation and evolution of the prison camp in Elmira. In the end, Maxfield suggests that it is time to move on from the blame game and see prisoner of war camps—North and South—as a great humanitarian failure.

"This book presents a detailed history of “Hellmira,” with several appendices expanding on some of the events and themes touched upon in the main text." - The Journal of America’s Military Past

“A long-needed addition to the story of this prison camp.” – Civil War News

The Great "What Ifs" of the American Civil War: Historians Tackle the Conflict’s Most Intriguing Possibilities

Nearly twenty years ago, my companion and I drove through Elmira, New York, en route to a vacation in the Finger Lakes region. There was little indication when we passed through of the notorious civil war prison in Elmira. The tour book we brought with us said that all traces of the prison had been erased. Today that situation has changed with a local volunteer group, Friends of the Elmira Civil War Prison Camp, working vigilantly to restore a portion of the prison site and to educate the public about what the Union knew as Camp Chemung, after the river running alongside the camp, and the Confederate prisoners called &quot;Hellmira&quot;. There has also been increased writing about the prison including this new book &quot;Hellmira: The Union&#039;s Most Infamous Civil War Prison Camp -- Elmira N.Y&quot; written by Derek Maxfield, associate professor of history at Genessee Community College, Bavaria, New York. The book is part of the Emerging Civil War Series which aims to offer brief, popular introductions to important events and places in the American Civil War. The Elmira prison operated from July, 1864 to July, 1865. It held about 12,000 Confederate prisoners during its operation with 2,950 dying in captivity. The mortality rate of 24% was the highest among Union prisoner of war camps and was in the range of the 29% mortality rate in the Confederate prison at Andersonville. Maxfield&#039;s book offers a good discussion of Elmira together with an overview of the way in which POWs were treated through the course of the Civil War. Places such as Andersonville and Elmira arose when the cartel system used earlier in the war had broken down. POWs became pawns in the system as the leadership on both sides fought intensely to win the war. Elmira was created to ease overcrowding at a large Federal prison in Maryland. It was located on a railroad with plentiful resources. Maxfield describes how the camp was set up at minimum expense and in a hurry. A pond in the middle of the camp was used for latrines and spread disease throughout the camp. The prisoners were ill-fed and ill clothed. Most of the prisoners lived in tents and were exposed to brutal cold in the New York winter. An attempt was made to construct barracks, but this effort was not completed until January. Maxfield discusses the administration of Elmira, both on the ground and in relationship to superiors in Washington, D.C. He suggests, consistently with the work of some other scholars on Civil War prisons, that conditions in Elmira were in part due to an attempt by the Union to retaliate against the Confederacy for the conditions of the Andersonville prison. While raising this possibility, Maxfield points out that his goal is not to cast blame or provoke argument between one side or the other but rather to educate people about the brutalities of the Civil War and to see that the treatment of POW&#039;s in the conflict is not forgotten. The book describes more than the conditions in the camp. Maxfield shows how tragedy struck early when on July 15, 1864, a train full of prisoners from Maryland crashed into an oncoming coal train near Shohola, Pennsylvania, resulting in many deaths and injuries of the prisoners and their Union guards. The book also describes the daily life of the prisoners at Elmira and the various activities some of the men found to avoid boredom. The book includes many images of the camp, the prisoners, and the administrators which help bring Elmira to life for the reader. A series of appendices to the book offers additional discussion. They include a driving tour of the prison, a discussion of the former slave who was charged with burying the dead Confederates in the local cemetery, and a treatment of the Shohola train wreck. Additional appendices discuss Mark Twain in Elmira, offer a short comparison of Andersonville and Elmira, discuss attempts by some intrepid prisoners to escape, and, outline the ongoing efforts made by local preservationists to restore and teach about Elmira prison. This book fulfills the goals of the Emerging Civil War Series to teach the interested reader about an important aspect of the Civil War. Readers will learn not to romanticize the conflict. They will see instead the harsh, hard nature of the Civil War and the wretched conditions endured by many of its POWs. Robin Friedman

Just received this book. A fantastic edition to the Emerging Civil War Series. Already read most of it and it is very well written and presented. A great addition to my growing collection of this series. Well done!!!