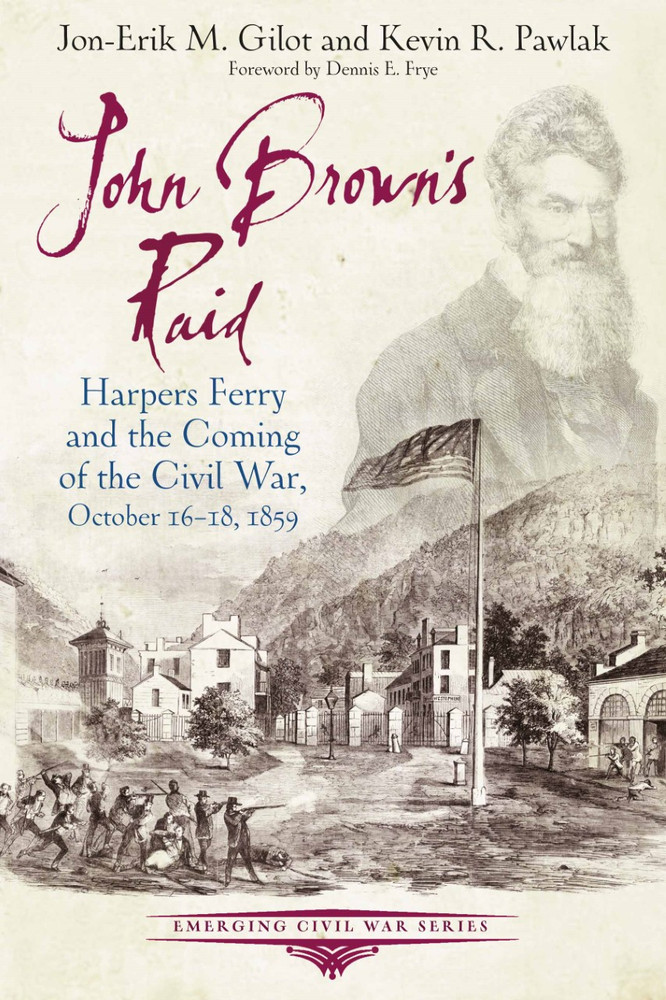 The first shot of the American Civil War was not fired on April 12, 1861, in Charleston, South Carolina, but instead came on October 16, 1859, in Harpers Ferry, Virginia—or so claimed former slave turned abolitionist Frederick Douglass.

The shot came like a meteor in the dark.

John Brown, the infamous fighter on the Kansas plains and detester of slavery, led a band of nineteen men on a desperate nighttime raid that targeted the Federal arsenal at Harpers Ferry. There, they planned to begin a war to end slavery in the United States.

But after 36 tumultuous hours, John Brown’s Raid failed, and Brown himself became a prisoner of the state of Virginia.

Brown’s subsequent trial further divided north and south on the issue of slavery as Brown justified his violent actions to a national audience forced to choose sides. Ultimately, Southerners cheered Brown’s death at the gallows while Northerners observed it with reverence. The nation’s dividing line had been drawn.

Herman Melville and Walt Whitman extolled Brown as a “meteor” of the war. Roughly one year after Brown and his men attacked slavery in Virginia, the nation split apart, fueled by Brown’s fiery actions.

John Brown’s Raid tells the story of the first shots that led to disunion. Richly filled with maps and images, it includes a driving and walking tour of sites related to Brown’s Raid so visitors today can walk in the footsteps of America’s meteor.

Jon-Erik Gilot has been indelibly fascinated with Harpers Ferry since his first visit as a child—so much so that he later proposed to his wife on Maryland Heights. A native of historic Mount Pleasant, Ohio, Jon-Erik has spent more than fifteen years in the fields of history and preservation. He works as an archivist and records manager in Wheeling, West Virginia; since 2021 he has also served as curator at the Captain Thomas Espy Grand Army of the Republic Post in Carnegie, PA. Outside of work, Jon-Erik is a historic landmarks commissioner with the City of Wheeling, West Virginia, and a board member with the West Virginia Independence Hall Foundation. Kevin R. Pawlak is a historic site manager for Prince William County’s Office of Historic Preservation and a Certified Battlefield Guide at Antietam National Battlefield. He previously worked as a park ranger at Harpers Ferry National Historical Park. Kevin is the author of four books about the American Civil War, including To Hazard All: A Guide to the Maryland Campaign, 1862, part of the Emerging Civil War Series.