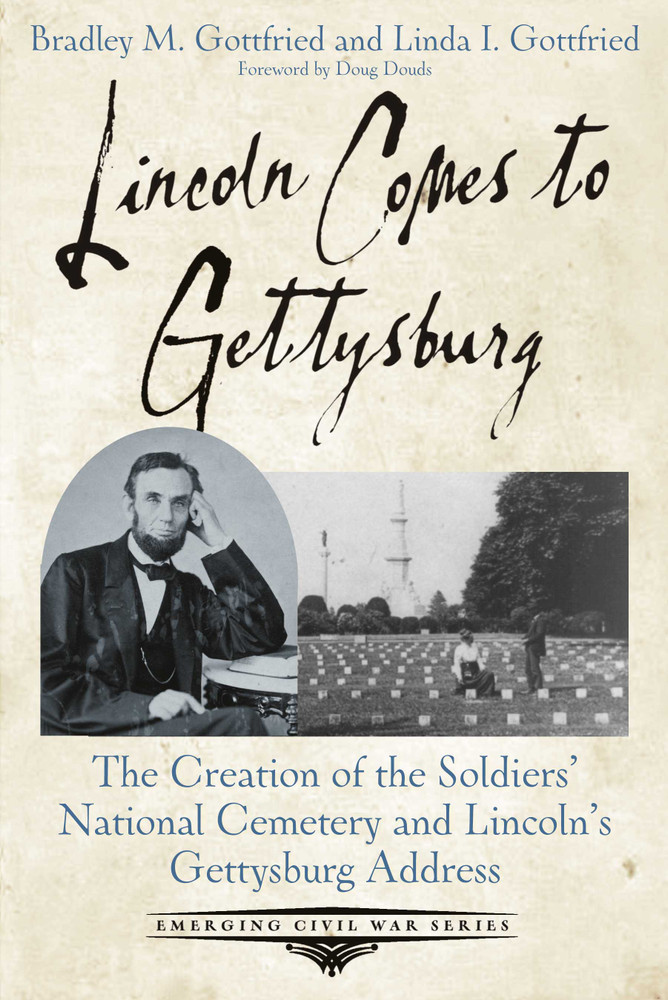 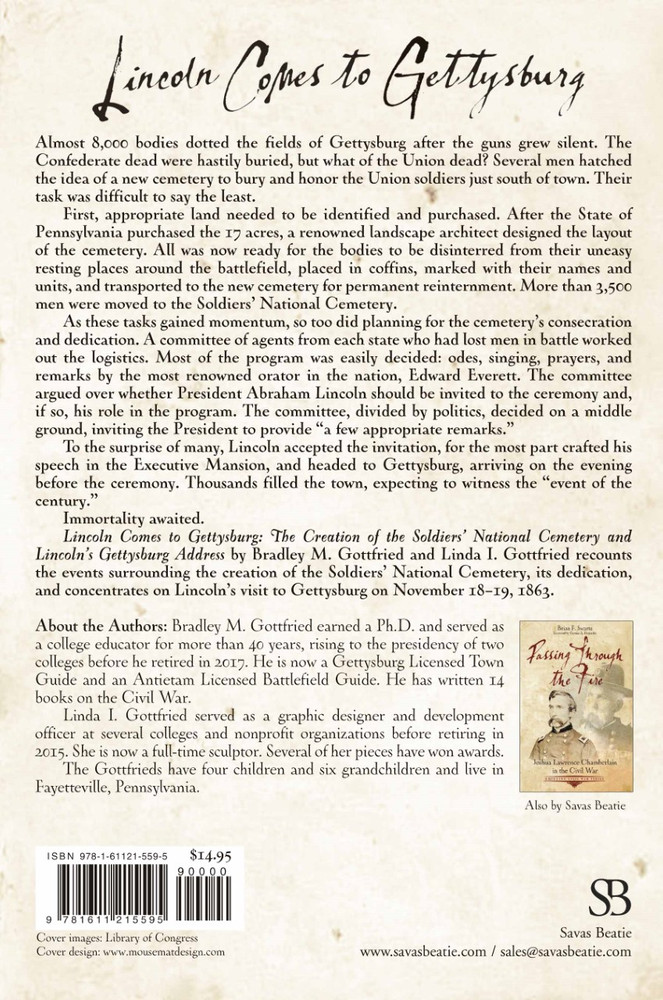 Lincoln Comes to Gettysburg: The Creation of the Soldiers’ National Cemetery and Lincoln’s Gettysburg Address

Almost 8,000 dead dotted the fields of Gettysburg after the guns grew silent. The Confederate dead were hastily buried, but what of the Union dead? Several men hatched the idea of a new cemetery to bury and honor the Union soldiers just south of town. Their task was difficult to say the least.

First, appropriate land needed to be identified and purchased. After the State of Pennsylvania purchased the 17 acres, a renowned landscape architect designed the layout of the cemetery. All was now ready for the bodies to be interred from their uneasy resting places around the battlefield, placed in coffins, marked with their names and units, and transported to the new cemetery to be permanently reinterred. More than 3,500 men were moved to the Soldiers National Cemetery.

As these tasks gained momentum, so too did planning for the cemetery’s consecration or dedication. A committee of agents from each state who had lost men in battle worked out the logistics. Most of the program was easily decided. It would be composed of odes, singing, prayers, and remarks by the most renowned orator in the nation, Edward Everett. The committee argued over whether President Abraham Lincoln should be invited to the ceremony and, if so, his role in the program. The committee, divided by politics, decided on a middle ground, inviting the President to provide “a few appropriate remarks.”

To the surprise of many, Lincoln accepted the invitation, for the most part crafted his remarks in the Executive Mansion, and headed to Gettysburg, arriving on the evening of November 18, 1863. The town was filled with thousands expecting to witness the “event of the century.” Lincoln completed his remarks and, the following day, mounted a horse to join the procession heading for the cemetery. The program was unremarkable, except for Lincoln’s remarks, whose reception was split along party lines.

Bradley M. Gottfried served as a college educator for over 40 years before he retired in 2017. After receiving his doctorate, he was a full-time faculty member for eleven years and then entered the administrator ranks, rising to the position of president, serving for 17 years in this position at two colleges. His interest in the Civil War began when he was a youngster in the Philadelphia area. He has written 14 books on the Civil War, including a number on Gettysburg and map studies of various campaigns. A resident of the Chambersburg/Gettysburg, Pennsylvania area, Brad is an Antietam Licensed Battlefield Guide and a Gettysburg Licensed Town Guide. Linda I. Gottfried served as a graphic designer and development officer at several colleges and nonprofit organizations before retiring in 2015. She is now a full-time sculptor. Several of her pieces have won awards. The Gottfrieds have four children and six grandchildren and live in Fayetteville, Pennsylvania.