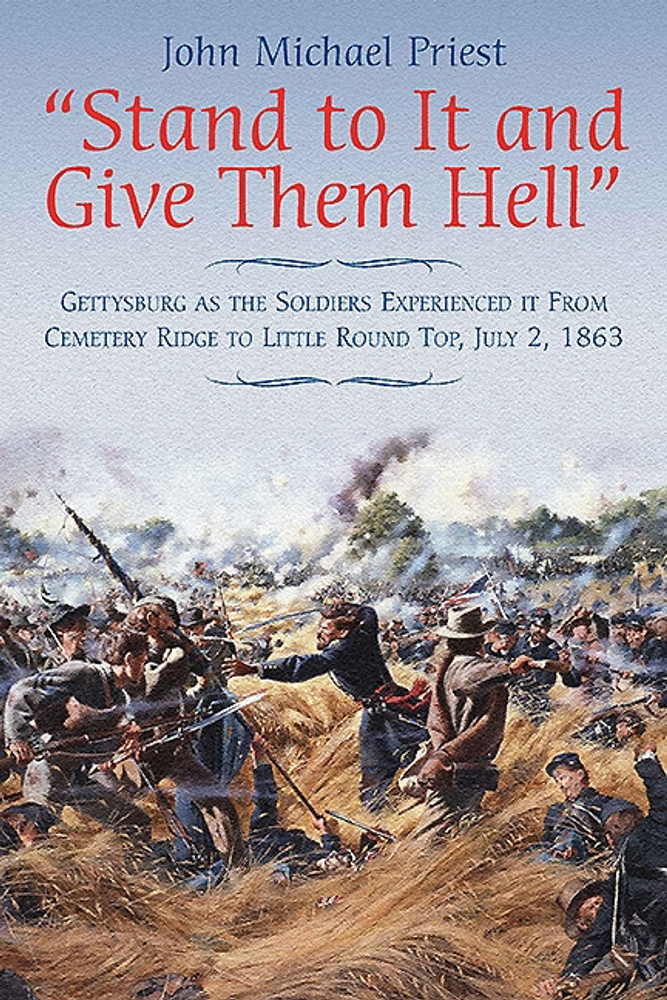 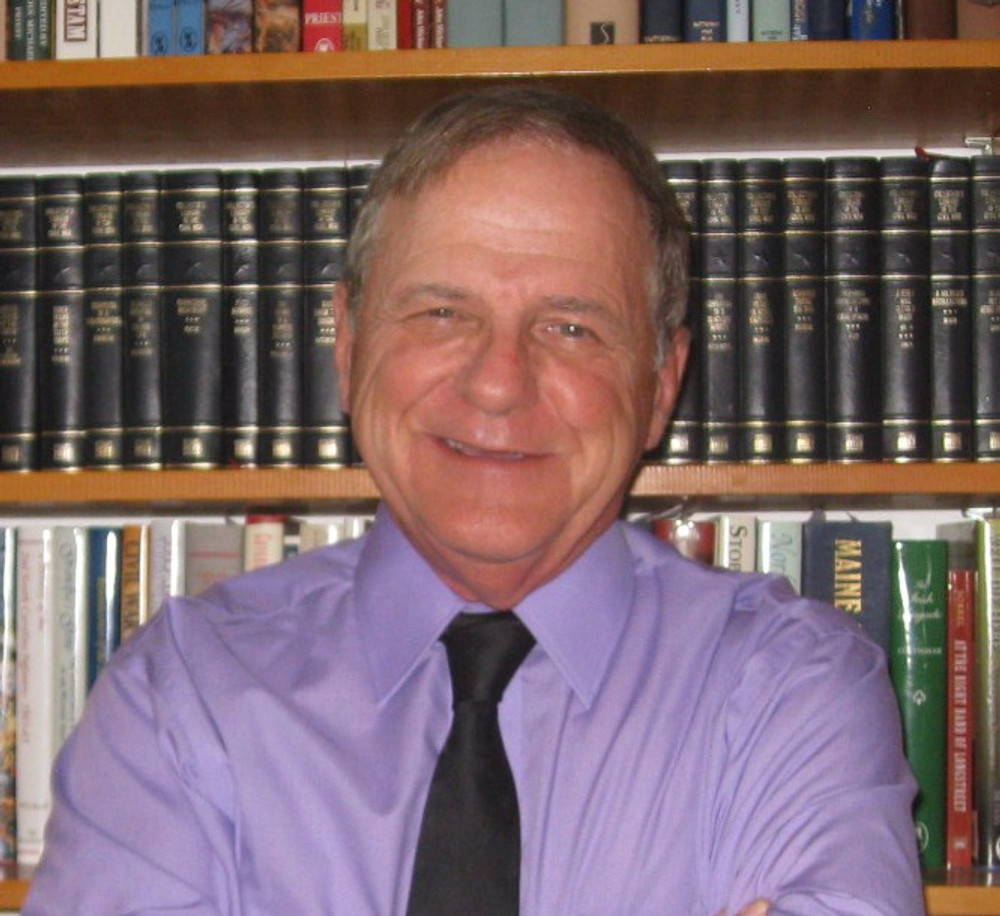 Stand to It and Give Them Hell chronicles the Gettysburg fighting from Cemetery Ridge to Little Round Top on July 2, 1863, through the letters, memoirs, diaries, and postwar recollections of the men from both armies who struggled to control that “hallowed ground.”

John Michael Priest, dubbed the “Ernie Pyle” of the Civil War soldier, wrote this book to help readers understand and experience, as closely as possible through the written word, the stress and terror of that fateful day in Pennsylvania. Readers will gain a deeper appreciation of the personal sacrifice made that awful day by privates and generals alike. This invaluable method uses their own words to paint a rich tapestry of their personal courage and cowardice, and their failures and triumphs.

Nearly 60 detailed maps, mostly on the regimental level, illustrate the tremendous troop congestion in the Wheatfield, the Peach Orchard, and Devil’s Den. They accurately establish, by regiment or by company, the extent of the Federal skirmish line from Ziegler’s Grove to the Slyder farm and portray the final Confederate push against the Codori farm and the center of Cemetery Ridge, which three Confederate divisions in what is popularly known as Pickett’s Charge would unsuccessfully attack on the final day of fighting.

This is a book about combat as seen through the eyes of those who waged it. There is no glamour here, and no adventure. Nor are there accusations, confessions, or second-guessing from the comfort of an easy chair. Instead, Stand to It and Give Them Hell offers the brutal, heart-wrenching story of a slice of America’s greatest battle as described by those who marched, fought, bled, and died there. This is their story, and it is one you will long remember.

“‘Stand to it and Give Them Hell!’ puts a human face on the second day of the nation’s epic Civil War battle. It is easy to forget that soldiers are not cardboard figures, but real fathers, sons, brothers, friends, and neighbors, all caught up in a conflict of unexpected magnitude. Often these men are weary or hungry, frightened, in pain, or unbelievably brave. Mike Priest has taken a familiar story and somehow made it fresh and new. It is simply first-rate.” (Lance J. Herdegen, award-winning author of The Iron Brigade in Civil War and Memory: The Black Hats from Bull Run to Appomattox and Thereafter)

“This remarkable new book uses the writings of individual officers and soldiers on both sides to relate the horrible combat they witnessed on Cemetery Ridge and the Union left on second day at Gettysburg. Priest’s distinctive style is rife with anecdotes, many drawn from obscure diaries and letters, artfully stitched together in an original manner. Readers will witness the passion and bravery of these men and their units during the ebb and flow of battle, together with the awful wounds and suffering they endured. What was it really like to fight at Gettysburg? Read this intensely personal narrative, complete with scores of original maps to carefully follow the action, and you will find out.” (David G. Martin, author of Gettysburg July 1, and co-author (with John W. Busey) of Regimental Strengths and Losses at Gettysburg)

“John Priest has earned the reputation for his remarkable research that reaches deep into the past to find the voices of ordinary men engulfed in the maelstrom of combat. Just when it seems every nook and cranny of the Gettysburg battlefield has been explored, Priest brings new voices to the surface, reminding us that no single grand narrative can capture the incredible range of experiences and emotions felt between July 1 and 3, 1863. “Stand to It and Give Them Hell!” demonstrates Priest’s remarkable ability to take the reader to the ground level of the Civil War.” (Peter S. Carmichael, Gettysburg College, and the author of Lee’s Young Artillerist:William R. J. Pegram)

"...stirring narrative of the common soldier's experiences on the southern end of the battlefield on the second day of fighting at Gettysburg...packed with great information and wonderful anecdotes..capacity as a researched is quite impressive as even a cursory glance through his bibliography will attest, and his devotion to primary stories is clearly demonstrated..." (Civil War News)

A retired high school history teacher, John Michael Priest has been interested in Civil War history since an early age. He is a graduate of Loyola College in Baltimore and Hood College in Frederick, Maryland, and has written extensively about the Civil War. His many books include Antietam: The Soldiers’ Battle (1989); Before Antietam: The Battle for South Mountain (1992); Nowhere to Run: The Wilderness, May 4th & 5th, 1864 (1995); Victory Without Triumph: The Wilderness, May 6th & 7th, 1864 (1996); and Into the Fight: Pickett’s Charge at Gettysburg (1998). Praised by legendary historian Edwin C. Bearss as the “Ernie Pyle” of the Civil War soldier, Priest appeared on the Discovery Channel’s Unsolved History: Pickett’s Charge (2002), and is one of the historical consultants for the forthcoming miniseries To Appomattox. He and his wife live in Clear Spring, Maryland.